The feast of the Rificolona in Florence

Festa della Rificolona in Florence, an event that all Tuscans know about and that on 7 September they do everything to not miss it. Funny lanterns lit to celebrate the birth of the Madonna.

For all of us who were Florentine children an unforgettable party, but I am sure that also the numerous families who come to visit Firenze before school starts they will appreciate it. And then you don't need to be a Florentine to participate, just buy a rificolona at the stationery.

The party in question is in fact that of the Rificolona, a city tradition with a flavor of other times that does not die, but rather is repeated every evening of 7 September with the same enthusiasm. 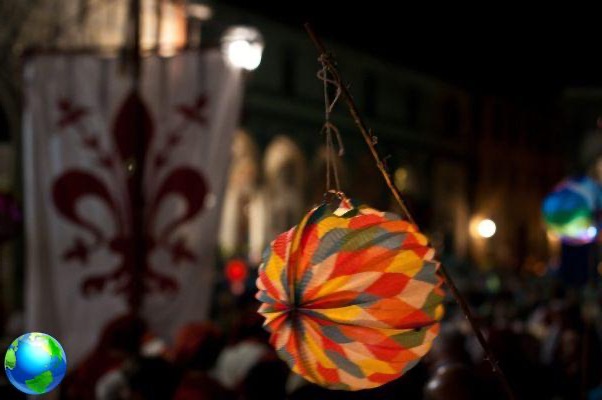 The heart of the event is the center of Florence, to be precise Santissima Annunziata square, for reasons related to the birth of tradition and that I will explain later. In the evening around 21 pm on the square, many children gather with their rificolone, that is, colorful paper lanterns that have a candle inside or, in the modern version, a small light bulb. The rificolone are raised on a reed, so that they can be seen by others; in many places, such as the centers of the various districts or associations of various types, on 7 September the days before 7 September, workshops are held for the construction of their own rificolona, ​​in order to have it absolutely original. Otherwise they are on sale in stationeries, since the beginning of September.

Needless to say, the spectacle of the square illuminated by these funny lanterns it is very impressive. It is part of the tradition that older or more impertinent kids devote themselves to target shooting of the rificolona by means of blowguns, empty pipes where they can blow, with full force, paper “pirulini” or glass putty balls. The paper lantern hit with the candle inside catches fire: the sniper rejoices, while the child owner, as you can imagine, is desperate: the party is over for him! 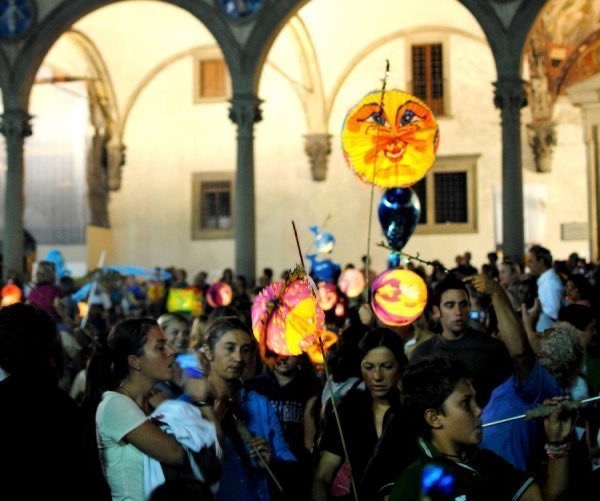 City authorities are there, but don't be fooled by these formalities: the party is popular and, as in the spirit of the city, very mocking as can also be deduced from the traditional song that recites: Ona, ona, ona, ma che bella rificolona, ​​mine has flakes, yours has lice! [sic]

Where does this party come from? L'8 September the birth of the Madonna is celebrated and the church of the Santissima Annunziata is a Marian sanctuary: in the square in front of the church in ancient times a large fair was held. From the countryside the peasants flocked to the city for the fair since the day before to sell the products of the fields, they were awkwardly dressed in poor clothes and carried lanterns to light up the night; the Florentines appealed to them with "fierucolone" and then it seems that the name, a little crippled, has passed from women to the lanterns themselves. 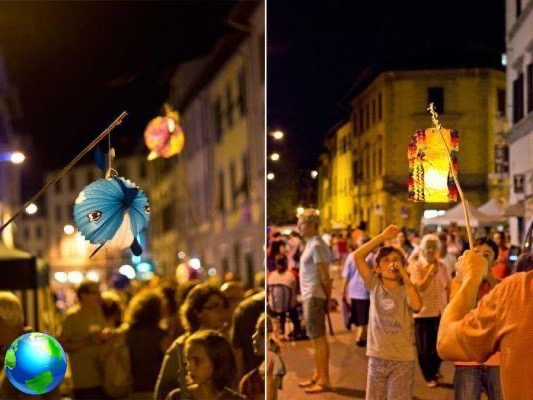 Another very suggestive appointment is that of the following day, theSeptember 8th: at the Circolo Canottieri, which is located just under the Ponte Vecchio, children participate in the Rificolona sull'Arno. For those who are not tank tops, all that remains is to watch, from the shoulders, the colorful lanterns swaying on the water.

For 7 September the appointment is in Piazza Santissima Annunziata, at 21 pm, if you want to intercept the procession before it reaches its destination, follow it from Piazza del Duomo along via dei Servi. The event is absolutely free: why miss it?

Audio Video The feast of the Rificolona in Florence
4 days in Mallorca by car, what to see ❯

add a comment of The feast of the Rificolona in Florence