What to see in Naples in three days, the mini guide for a low cost weekend in Naples between sfogliatelle, history with underground Naples and the Galleria Umberto I and cuisine between pizza and baba.

Un 3-day weekend in Naples, therefore 48 hours, if we leave on Friday evening and leave on Sunday evening, it is a somewhat skimpy journey, but for those who have never been there it is a first approach to a welcoming and light-hearted, the world of Naples.

Let's start from the basics, where sleeping in Naples is very important. The station area is not as bad as they say, just don't go out at midnight for example, so be a little careful, but like all stations in Italy, right? The hotel that I recommend is theHotel Terminus, a very nice 4-star hotel with an abundant and varied breakfast that will amaze you with its location and price. Another alternative place to sleep is the B&B The history of Naples, tried and tested.

There are many things to see in Naples, first of all there Cathedral of Naples with the Crypt of San Gennaro, but also the districts and Piazza del Plebiscito. Do not forget to take a walk along the Naples seafront which has only been accessible for a few years, where you can walk and relax under the warm sun of the days in Campania.

Finally, if you still have a little time, don't miss it Spaccanapoli Galleria Umberto I and a nice walk in via dei Tribunali. 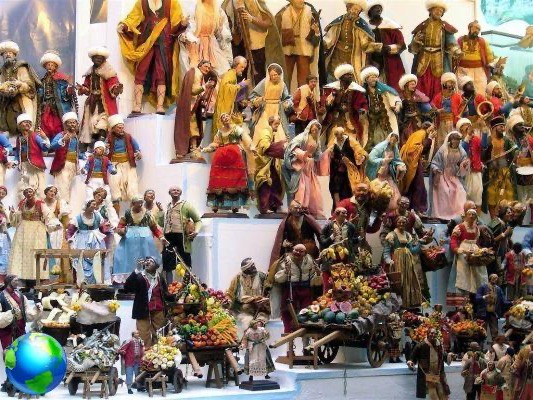 To move in central Naples you move mainly walking. The city center is not very big and the alleys of Naples must be seen and lived like this, without buses or special means. If you really don't feel like walking, prefer the buses that at least allow you to continue to see out of the windows or if you have to arrive in particular areas of the city center take the Naples underground.


What and where to eat

What to eat in Naples is difficult to say, it would be better if I advised you what not to eat in Naples. Naples is known for its pizzas and sfogliatelle, but also for fish and much more. Eating in Naples is an experience, is part of the tour and if you don't eat at least a proper pizza you cannot say that you have seen and understood the city of Naples. If you want to try a typical trattoria, far from the pizzas, I immediately recommend the Trattoria Nennella which is located in the Spanish Quarters, will not disappoint you;)

Finally, a special mention goes to fried pizza, try that of I Decumani, just before entering the tour of underground Naples. In order not to do any disrespect to the Neapolitan tradition drink lots of coffeesafter all, coffee is really at home here. 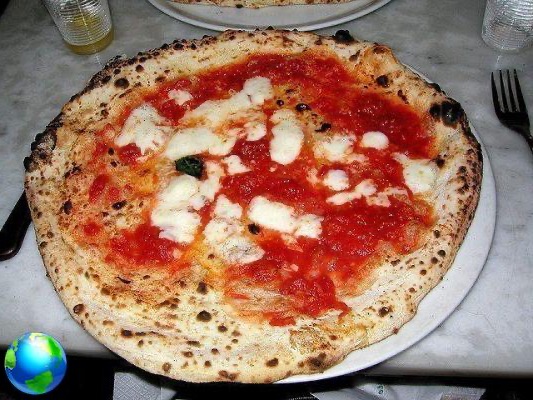 Among the pizzas not to be missed in Naples I recommend 3. Don't miss the Pizza Da Michele, the pizza that is made only margherita and marinara for the respect of traditions. You can wait up to two hours outside waiting, but believe me, it will be worth it.

Do not miss Gino Sorbillo, better the one in the city center of Naples, in via dei Tribunali, but if you are on the seafront and are taking a walk, the second office in Sorbillo is also fine.

Finally, if you have time left and you have already tried the first two or they are so full that you have changed your mind, try the Brandi Pizzeria where it is rumored to be Pizza Margherita was born and a plaque outside the room reads it as well. However, some are a bit skeptical, the pizza is tasty;) 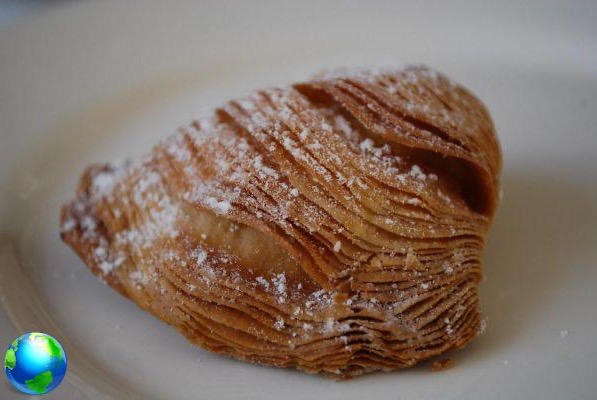 Do not leave Naples without having tasted at least one sfogliatella. In my opinion there are 3 the best sfogliatelle in Naples. The first is undoubtedly there sfogliatella di Attanasio, which is located in the station area, that's why I recommend you take the hotel there.

The second stop to eat the best sfogliatelle in Naples is Scaturchio, which is located in Piazza San Domenico Maggiore, however always in the center of Naples.

Finally, if you are still not satisfied, go inside the Umberto I Gallery to find another sweet surprise, the Mary's sfogliatella!