Belgrade, a journey through time


A journey through time to Belgrade, two full days to visit the old city, the market, the Tito Museum and much more.

If you love time travel without going too far Belgrade is the city for you. Shaped by the crossing of the Danube (which in itself is enough to evoke all the epic and musical romanticism) and from Sava, Belgrade is teeming with monuments to see, foods to taste, characters to listen to. Not only that: Belgrade is young, modern and alternative. To live it fully they are necessary at least 2 full days. I happened to be there around Christmas, and despite the cold temperatures (it often snows in winter), the lights and the markets made my walks perfect. And if you are lucky enough to run into a classic "Slav", traditional Serbian festival for the celebration of the protector of the family, you can end the evening at the home of locals, enjoying rigorously homemade pickles and rakja.

If you have time, you can easily visit the city on foot. Beware of street names: generally in the center they bear the double wording, in Cyrillic and Latin script, but it is possible that many signs are only in Cyrillic, so get yourself an up-to-date map! 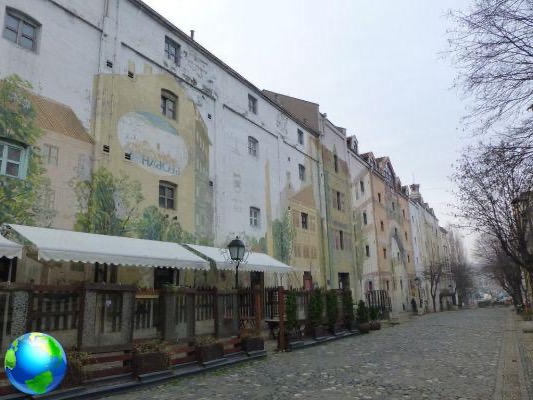 What to do in two days?

Suggestive is the Kalemegdan Park, the largest park in the city, from which you can enjoy a splendid view of the two rivers and all of Belgrade. Go there in the morning, after a great one Turkish coffee (turska kafa) and local patissérie at Mali Princ Café (in 27 Palmotićeva) 5 minutes from the central Trg Republike. Inside there are various monuments including the remains of the ancient Citadel, the Porta delle Mura and the scandalous Statue of the Winner (it is naked, which is why it was moved from the center to here in the XNUMXs). If you are passionate about military history it is worth taking a look at the weapons exhibition of the Military Museum, otherwise you can settle for the specimens of tanks beyond the Door of the Clock.

Late afternoon to dedicate to Zepter Museum on the pedestrianized Knez Mihailova, the famous private collection of Mr. Zepter. Beyond the museum, the street is an interesting photograph of liberty architecture and Austro-Hungarian style: go into the courtyards to admire the Twenties streetlights and get lost in the crossbeams. So, perhaps, by chance (as it happened to me), just before the park, on the left, towards the bank of the Sava, you will arrive at the The Old City (Old Town), a true mix of decadence, Soviet austerity and French elegance. THE cats, which are found everywhere in Belgrade, will accompany you on the pebbles of Kosančićev Venac. 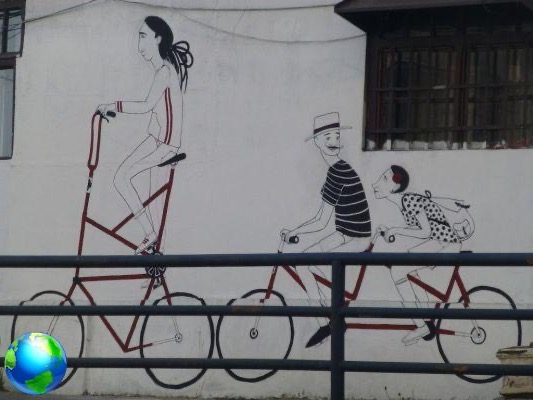 The funniest thing in Belgrade is to find the murals scattered around the city, and in Stari Grad there are many. Even Blu has decided to leave his mark on a side street of Brankova, towards the homonymous bridge (Brankov Most).

Don't forget the symbol of the city: the Temple of San Sava, an imposing Orthodox church in perennial construction inside. The visit can leave you a little disappointed given the construction work, but you will be engrossed in the huge space and by the hundreds of candles lit by the faithful. To get there from the center, from Terazije along Kneza Miloša, the signs of the war of the nineties appear like a fist: some buildings, former government offices ripped apart by the bombings of 99. Right there, in the middle of the commercial center of the city, with its cafes, restaurants and elegant architecture, as if to recall the horror of a conflict that historians are still wondering about. In the same neighborhood, try to enter the small Koki Prodavnica Kafe in Makenzijeva 66: impossible to go out without at least 3 boxes of chocolates handmade at ridiculous prices, in honor of the Austro-Hungarian tradition known for its pastry. 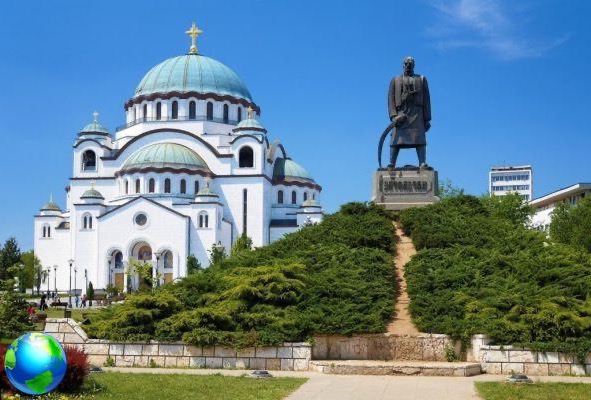 Belgrade is also this. Like all Balkan countries it exudes stories of peoples wanderers, rooted ideologies, religions and languages. If you want to immerse yourself in communist Serbia, for example, visit the Mausoleum of Titus and the nearby Museum of May 25 (in honor of the Marshal's birth date). You will be fascinated by the atmosphere and at the exit you will feel like you have traveled in time. If you then match us the Kalenic pijaca market or that of Bajloni pijaca you will risk going home with a set of glasses for grappa, alarm clocks Made in Yugoslavia still working and communist pins. 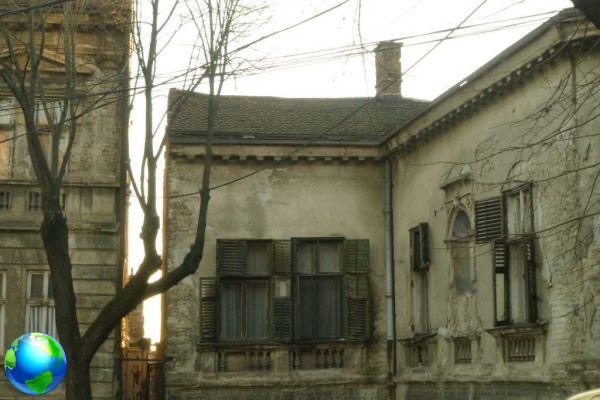 Finally, don't miss the Montmartre of Belgrade, the beautiful and central Skadarlija, an excellent area for an aperitif, lunch, dinner, after dinner. Here I recommend two restaurants: the Kafana “Dva jelena” and the Imadana. Try everything without fear: one hot chorba (chicken and vegetable soup), kajmak (spreadable cheese), ajvar (pepper and garlic sauce), proja (irresistible focaccia), gibanica (millesfoglie with cheese), prebranac (bean side dish), cevapcici (sausages with garlic), pecene paprike (baked peppers). Don't forget: if you can still get out of your chair, the Belgrade nightlife is waiting for you! I point out this interesting and new club full of alternative young people and avant-garde music: Dot club, in the parallel of the Skardalija.

Audio Video Belgrade, a journey through time
Frankfurt: the oldest Christmas market in the world ❯

Three gems of the Val d'Orcia: Montepulciano, Pienza and Montalcino

Christmas in Lapland in Santa's house

Rome, a mini guide to not miss anything

add a comment of Belgrade, a journey through time