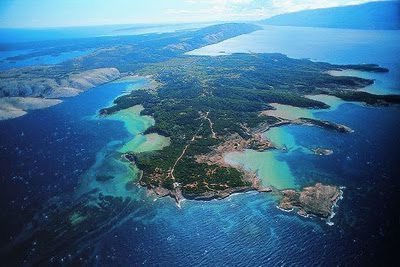 11 people different, 7 days vacation, a rather limited budget. And flights not even considered for someone's veto. But we want to go to the beach. A beautiful sea. After various consultations, we decide that the right destination is you, Croatia: beautiful, close (from Verona it is not much of a road to arrive shortly after Trieste) and very cheap. Since then, there is talk of 2007, something will have changed, but it still remains super competitive on this side. However, a further problem arises. You say Croatia and you think of the rocks that plunge into the clear water of the good side of the Adriatic, it is inevitable. But we, as good Venetians and good "Adriatic" we were born and raised with sandy beaches interminable, that just arriving from the seafront to the shoreline are you already tired of walking.

In Croatia it is said that you have to go down to find them, but having only one week of time, the idea of ​​putting us in the car to do a thousand kilometers one way was already discarded. Almost resigned to settle for the rocks and the artificial and very fake Istrian sandy beaches, an idea is suggested to us by a Croatian apartment booking agency: Lopar, island of Rab. 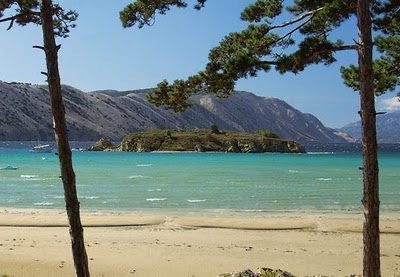 There is a beach there natural sand and we are still in Kvarner, therefore not too "far from Rijeka". Research on google maps confirms this and we decide that our destination will be her. I therefore book the great apartment (4 bedrooms with bathrooms) with the agency that gave me the precious advice on the destination. About 1000-1200 € for a week (today we would spend € 1350 in 11 for the most expensive week), expenses included and no usage restrictions. Reservation with deposit and balance upon arrival at the agency. We made the trip by dividing ourselves into 3 machines. Departure around 22pm on the Friday evening before mid-August. Smart start? Yes and no. The Mestre passerby wasn't there yet, so we made a long queue on the ring road and even before arriving in Trieste. So much so that we get to Slovenian border right at dawn, with a lunar view that with the increase of light and the flow of the road became more and more green.

This struck me of the Slovenia: the green. Unfortunately, after the short Slovenian section, the green also ended, leaving room for a gray sky and gradually the rain became more and more intense. The arrival in Rijeka coincided with the heaviest showers, which went down like our morale. A few towns later we stop for one breakfast, also because there was not all that rush to arrive, given the weather. However, once we left, the sun returned to shine, which accompanied us along the whole beautiful coastal road: a whole curve, it almost looks like the Amalfi coast, but there was really no alternative.

So you go down that interminable road, which is from mine map it seemed so short (I highly recommend getting something more serious than what I had.) but it was actually quite long, so much so that we arrived in Jablanac, a village whose only use is to have the small harbor with ferry to the island of Rab, around 10 in the morning.

The story is from Stefano Finezzo

add a comment of 11 friends, 7 days in Croatia: Lopar, island of Rab