How to get to and around Istria

Moving around Istria without problems with cars, buses and ferries, all low cost.

Istria is a very particular area of ​​Croatia, compared to the rest of the nation it has a history strongly linked to the Italian one, both in the distant past and in the more recent events of the twentieth century. Geographically it is a peninsula almost completely separated from the rest of the nation and is very close to our borders, which makes it the perfect destination even for a weekend or a trip that is not too demanding for travel. 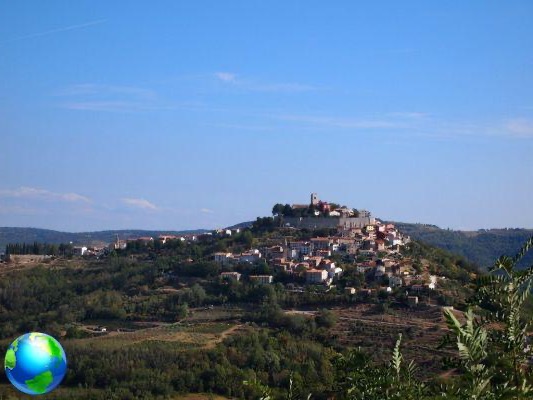 To reach it you have to travel only a few tens of km that cross a strip of Slovenian land, so in less than an hour you can go from Italy to Croatia. Some time ago I also wrote two posts that gave very detailed information on how to cross the stretch of Slovenia in a low cost way, without having to buy the € 15 vignette to transit in less than 10 km of motorway, choosing secondary roads. 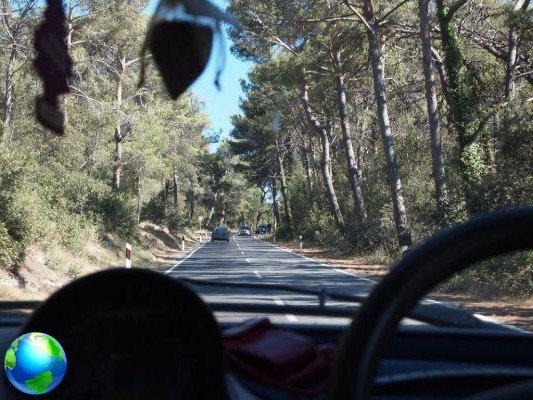 Once in Istria it is very easy to get around:highway, also called “Istrian Y” or “istarski ipsilon” due to the shape it draws on the territory, it is very cheap and practically deserted even in the central weeks of August. The rest of the streets are often surrounded by greenery, very scenic during the day and sometimes a little dark at night compared to what Italians may be used to, but still absolutely safe.
Certainly I recommend getting a good map in advance to be able to move without problems even perhaps going in search of villages and less signposted areas, for example this year we bought a new one in a very convenient motorway restaurant, it will not be difficult to find one. a suitable one. Pay attention to the fact that, especially for those who are first time in the area, maybe it is better to look for a version with double names, so as not to have problems with road signs.

Those who prefer to use public transport can choose to reach Istria by bus or by ship.

The buses are different in terms of routes, lines and prices. Usually from Venice they leave from the Tronchetto car park, which can be reached from Piazzale Roma with the People Mover; while from Mestre they depart a few tens of meters away from the railway station.

With the company Brioni Pula you can start from Padova, Venice, Mestre and Trieste, to get to some towns in the westernmost area of ​​the peninsula such as Buje, Rovigno / Rovinj, Valle / Bale, Dignano / Vodnjan and Pula. The route from departure to arrival has a duration of 6 hours. The prices of a single route reach up to a maximum of about € 30 and by purchasing there and back together you can also save about ten euros; for children, students and over 60 there are also excellent reductions. 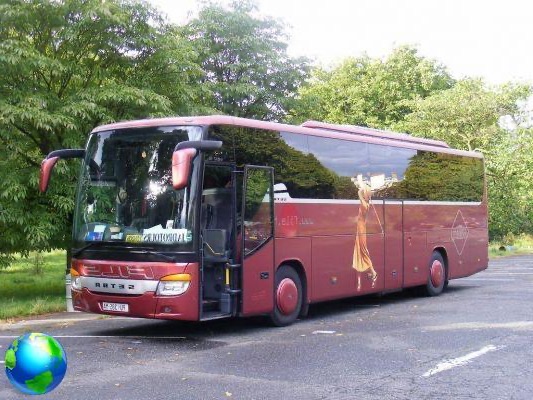 Also from Veneto and Friuli, in this case from Venice, Mestre, Palmanova and Trieste with the Fils company you can reach, every day except Sunday, Pula and Medulin, but also some inland towns such as Buzet /Buzet, Žminj and Pazin /Pazin, up to Vodnjan /Vodnjan. The prices are also in this case of about 30 € for the longest route from Venice to Medulin with substantial discounts especially for students and for return tickets. The maximum duration of the trip is between 6 and 7 hours.

From the Trieste bus station, further bus lines leave for many cities in Istria: in addition to the destinations already listed, they can also be reached from here Umag, Novigrad /Novigrad, Porec /Porec, Abbey /Opatija (this on the line leading to Rijeka / Rijeka). Departures are practically every day and at various times of the day, to get the prices of each route it is necessary to contact the switchboard or book online directly from the website. 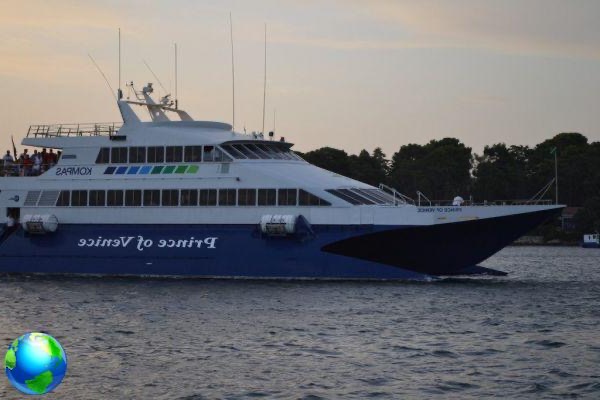 The last alternative is that of use the ferries which, however, are usually active only from spring, around Easter, until September / October and have somewhat demanding prices. From Venice some of the towns on the west coast can be reached in a few hours. You can choose to travel with the Venezia Lines hydrofoils arrive in Porec, Rovinj and Pula with one-way prices of about € 70 which vary according to the period and offers; this year Trenitalia had also offered a 50% discount on these lines if a combined ticket for the Frecce was purchased. The price of a return ticket does not change depending on the season and for adults it is 121 or 124 €: not exactly cheap ... but it guarantees a spectacular arrival in Istria at sunset.
Alternatively there is also the Adriatic Lines which with its catamarans connects Venice to Umag, Porec and Rovinj on certain days of the week. 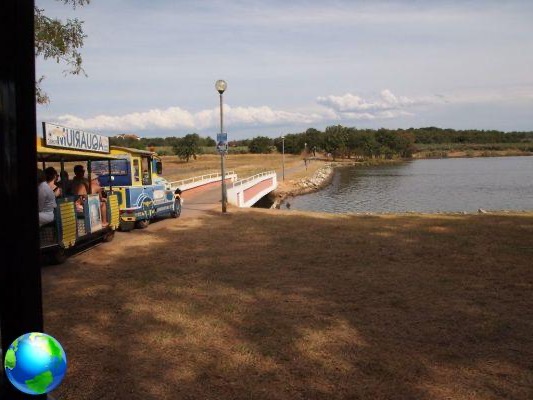 Those who arrive in Istria by public transport will then have the "problem" of moving once at their destination: having a car is indispensable if you want to visit the peninsula a little; if you are planning a holiday of total relaxation in one of the seaside towns, it may be a good idea to take advantage of the tourist trains that connect various beaches or even rental bicycles to travel some of the many cycle paths. The only public transport that can be found are some bus lines that connect the main towns with some daily trips, more frequent in the summer season, however, depending on the destination chosen, I recommend checking the timetables once there, online it is a bit It is difficult to find clear information and at least in English about these links.

Audio Video How to get to and around Istria
Review Sahara Hotel in Mandalay, Myanmar ❯

Tour of Istria: Rovinj and Pula

The coolest clubs in Zagreb

Baska, island of Krk: all the most beautiful beaches

Where to eat in Vis, Croatia: Konoba Golub

add a comment of How to get to and around Istria