Split and the Diocletian Palace, what to see in Croatia

What to see in Split, Croatia, what to see beyond Diocletian's Palace, how to get around when you arrive in Dalmatia and how to get there, read the post.

The city of Split (Split in Croatian) has for too long been relegated to the sole role of a hub and port for ferries, since from here you can embark to reach the famous mundane islands of Dalmatia.
Today the city is enriched by a brand new promenade, with a long promenade, benches, flowers and palm trees. 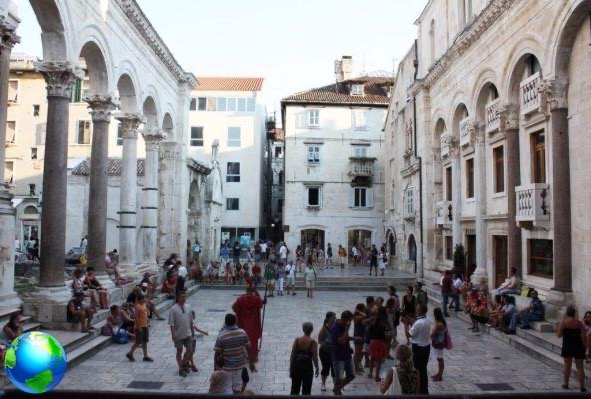 However, this ancient city deserves to be considered a real travel destination and deserves that its precious monuments be rediscovered by travelers.
Split is a singular place, which at first glance shows itself as a summary of almost 2000 years of history: arriving by car from the north (the route I suggest) your eyes, which for kilometers will be accustomed to arid landscapes with some sporadic patches of vegetation, will be perplexed to find themselves out of the blue immersed in the urban context.

A peripheral context that shows all the evident signs of the difficult history of the last decades.
But as you enter, you will discover a real treasure: the vital center of the city is the Diocletian's Palace, Unesco site, World Heritage Site. Unlike what one might think, the Palace is not simply a monument to visit, but coincides with the historic center which in medieval times was established above the site of the imperial residence. 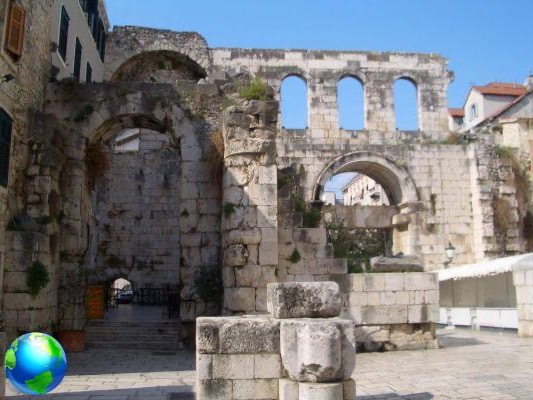 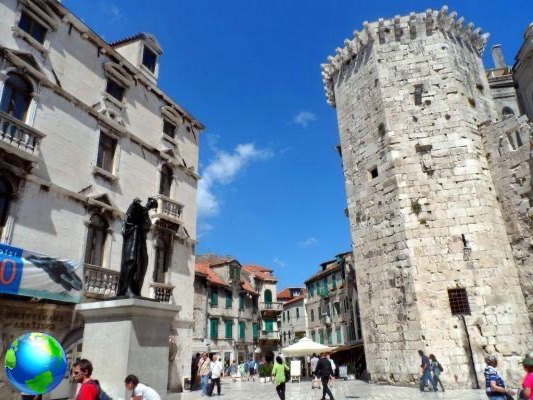 But let's go in order: Diocletian, Roman emperor (236-316 AD) had an imposing building built here residential building where he intended to retire in old age. He did so and so did other emperors after him, as well as the now Romanized citizens who, starting from the XNUMXth century, with the abandonment of several surrounding colonies, withdrew between these mighty and safe walls.
This area of ​​Dalmatia fell first under Byzantine control then, from 1420 under the Venetian one.
The grand palace gradually changes from a luxurious imperial residence into Brač marble, Greek and Italic marble in the historic district, where families live, everyday life is lived and there is no shortage of bars, restaurants, shops.

This patch of city is the place where one walks curiously for most of the time spent in Split. There walk is naturally free, while access to the best-preserved Roman remains requires a fractional entrance ticket for each access: among the points of greatest interest are the civic Museum, the cathedral of San Doimo, the temple of Jupiter, the Synagogue and the underground.
The impression is that the neighborhood always hides something new, you never get tired of going into new alleys until the evening arrives, when the lights come on and an inviting scent of grilled fish rises from the tavern kitchens. 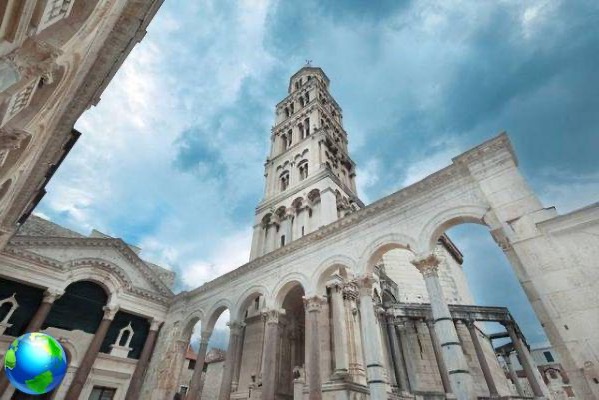 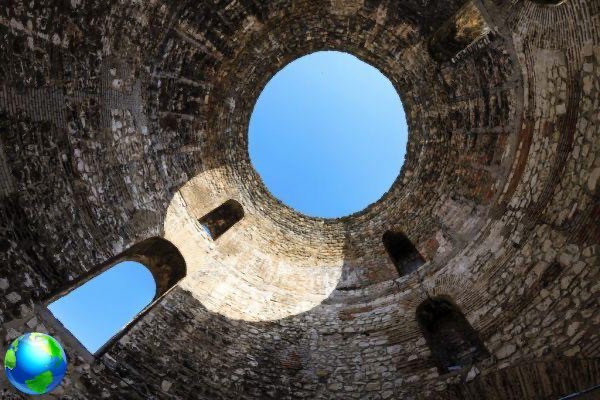 How to get there and how to get around from Split

The fastest and most practical way to arrive is by ferry, directly from Italy (Ancona), but for those leaving from the northern regions, the car is a good choice: a single, straight highway allows you to cross the whole Croatian country in length, appreciating the wonderful and varied landscapes.
Finally, from the port of Split there are connections to the islands (Brač, Hvar, Vis) with the Jadrolinia company.

add a comment of Split and the Diocletian Palace, what to see in Croatia