Taranto, the city of the two seas

A low cost trip to Taranto, in Puglia. The seafront, history and tips for a perfect trip to southern Italy.

“We are looking for a laughing place where eyes sensitive to beauty are comforted after the interminable filth of horrible places; leaving for Taranto. " Seneca 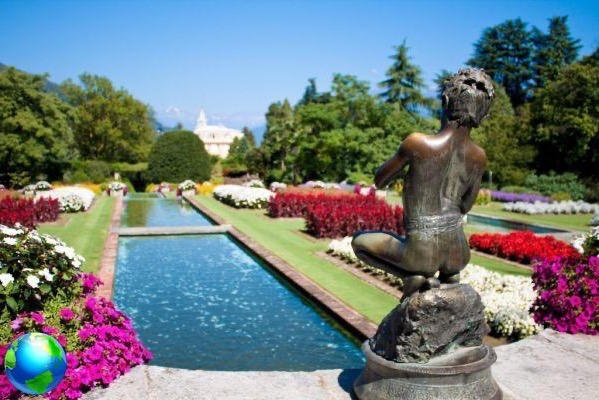 Wherever you enter a Taranto it is impossible not to admire its geographical position, lying between two seas, the Great and the Small. Its origins are very ancient and tradition has it that it is the only Spartan colony. Later the Greeks made it a military and economic power, as well as one of the most important cities, from the cultural point of view, of the Magna Grecia. And its history can be breathed through the most beautiful and characteristic places.

Taranto it can be reached by car and by train; the central station is located outside the ancient village but well connected by public transport with all areas. It is also possible to arrive using various private bus companies, while the closest airports are those of Brindisi and Bari. 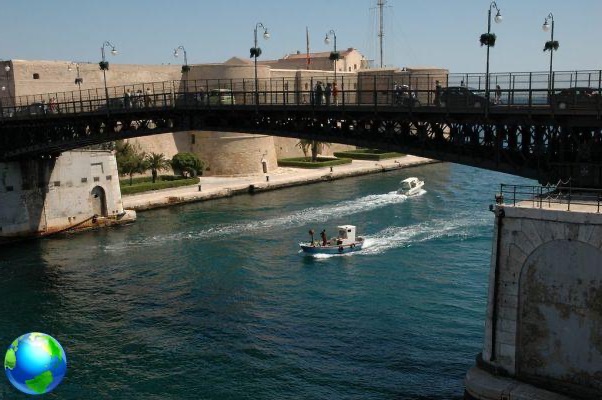 The strategic position has determined its development over time, especially as a landing place for merchant ships and as a military city. To testify this is one of the symbols of this place, the Monument to the Sailor, dedicated to the sailors of the Italian Naval Forces, which represents two sailors in the act of greeting and which stands immediately at the entrance to the new city. From this point we overlook the Great Sea and I assure you that, between spring and summer, you can enjoy the sunset of spectacular play of colors between sun and sea.

If you like to continue for a nice walk, you can go along it beautiful tree-lined promenade and I recommend not to miss a peek from the ancient railing to listen to the music of the waters, to smell its scent and to admire the "sirens" of Taranto, statues made of marine concrete and placed on the rocks. There is such a romantic atmosphere… and on summer evenings it is also very fun with shows and events! And, if possible, take advantage of minicruises which allow you to cross the navigable canal and observe the city from a completely different perspective; on your return you could stop for an ice cream or a coffee in one of the cafés on Corso due Mari, my favorite is Bernardi. 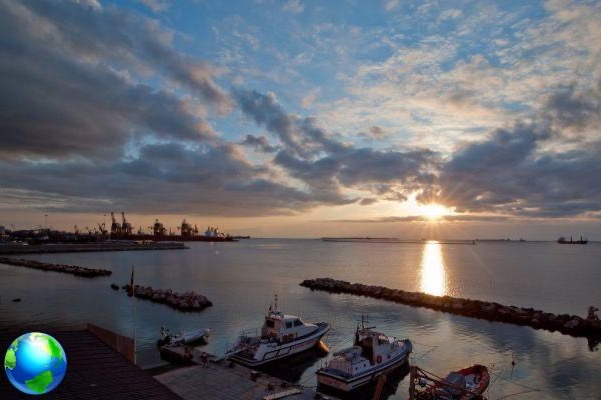 The city center is quite large, very busy, full of shops for all tastes and needs; extends over a large area to concentrate on the two main streets, Via Tommaso D'Aquino and Via Federico Di Palma, which are also overlooked by several small restaurants for enjoy an aperitif, some pizza by the slice, a good ice cream.

Also in this central area of ​​the city is the National Museum of Taranto (MarTa), for those who want to retrace the history and origins of the place. The MarTa it is located in an ancient convent that has been restored over the years, and inside it displays in chronological order the many finds, vases, tables, statues, columns, capitals, each of which tells its part of history. A special mention deserves the Ori of Taranto, testimony of its splendor in the Magna Graecia. 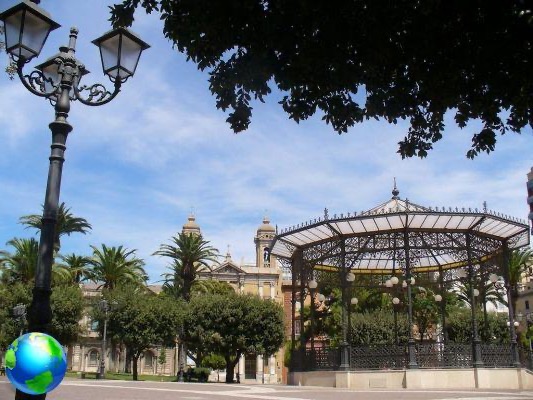 But now let's take a few steps back and move exactly to the point where the new joins the old, the Swing bridge. The Borgo Antico is in fact, geographically speaking, an island connected to the New City, of which I have spoken so far, through this imposing metal structure overlooking the navigable canal and which, when large ships pass, opens in two halves. The bridge opening is a suggestive sight very dear to me because, when I was a child, I used to go there to greet my relatives enrolled in the Navy leaving for missions abroad: I still remember that sad atmosphere mixed with a strange sense of sacrifice and patriotism!

In the Old City the Taranto Castle widely called Castello Aragonese because it was rebuilt by the Aragonese, but whose name is precisely Castel S. Angelo. Since the end of the nineteenth century it has been guarded by the Navy which, in the last decade, has carried out a meticulous restoration and carried out great excavations, bringing back to life many finds belonging to different historical periods. The Castle can be visited for free every day including holidays; since the visits are guided, it is for large groups booking is advisable (info@castelloaragonese.it or 0997753438). 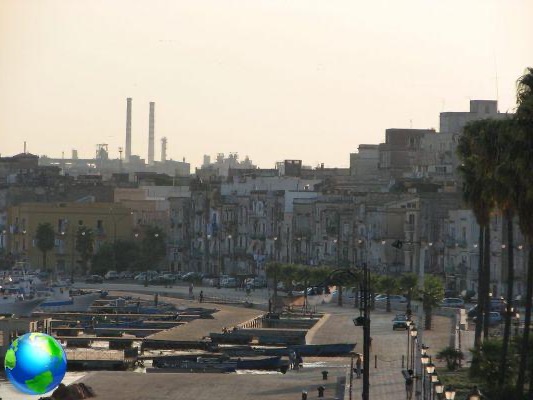 Right in front of the main entrance of the castle stand out the two Doric columns, a source of pride for the city of Taranto because they are the oldest in Italy. It seems that they belonged to a temple dedicated to the God Poseidon but, despite retaining this name, many connoisseurs argue that the place of worship was intended to honor a female deity due to some statuettes found during excavations.

Behind the columns take Via Duomo which, up to Piazza Duomo, represents the main route of the Borgo Vecchio. A series of characteristic alleys, former convents, noble palaces, houses still lived in and others now forgotten depart from here; everywhere you can breathe the charm of the past, of the origins, of the traditions, of the legendary narratives, of the dialect and, last but not least, of the nicknames that identified the family stocks. 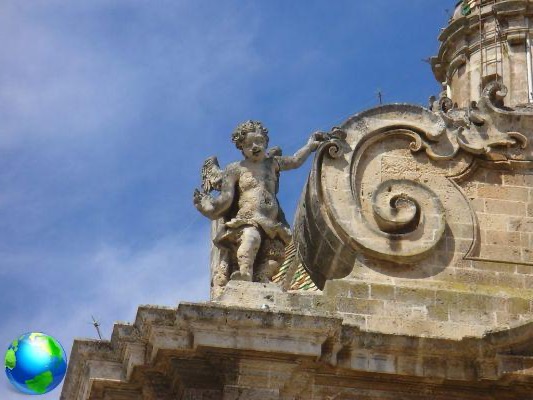 In Piazza Duomo, the Cathedral of San Cataldo, the oldest cathedral in all of Puglia. Inside the church, following restoration work, the remains of the sepulcher of San Cataldo were found, an Irish bishop who died in Taranto in the XNUMXth-XNUMXth century and became the patron saint of the city. The Borgo Antico is also rich in urban evidence, relating to the different historical periods, contained in the so-called "underground city”: Under all the noble palaces, convents and churches there are many underground caves dating back to the Greek period, but also to the Byzantine and medieval ones.

Among these the most significant, unique in its architecture to the point of deserving the recognition of "Historic Site"From the Ministry of Cultural Heritage, is the hypogeum"De Beaumont Bonelli Bellacicco”Which is located at number 39 of Corso Vittorio Emanuele under the homonymous building. It reaches 14 meters below the road and has an exclusive access route even at sea level; inside, many finds and many remains of mussels and fossils imprinted in the rock. On the website of the Pro Loco of Taranto there is all the information on opening hours and reservations. 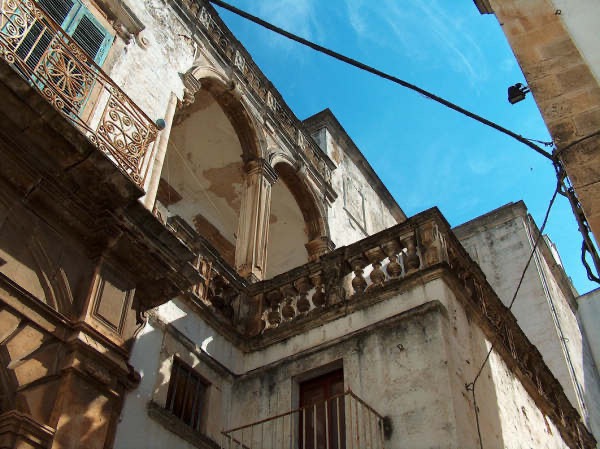 If you go to the Mar Piccolo side, on Via Garibaldi, you will then meet the hectic world of fishermen: fresh fish and mussels disembark every day from the fishing boats that land there. Here you can certainly learn the first notions of the colorful dialect, but also savor some good local cuisine: I recommend the Trattoria L'Orologio, so called because until a few years ago it was located in Piazza Fontana in the ancient building under the clock, today it is located in Via Duca D'Aosta, the avenue that leads to the station, and offers excellent food, mainly fish, for Great price.

In addition, the alleys of the Borgo Antico, during the summer, for one evening a week come alive with music, art, and entertainment.
And now I just have to take you a little to the sea. The Litoranea Salentina runs along the entire Ionian Sea and starts from the province of Taranto until it joins the Ionian province of Lecce: Leporano, Pulsano, Lizzano and up to San Pietro in Bevagna, golden beaches and crystal clear sea. 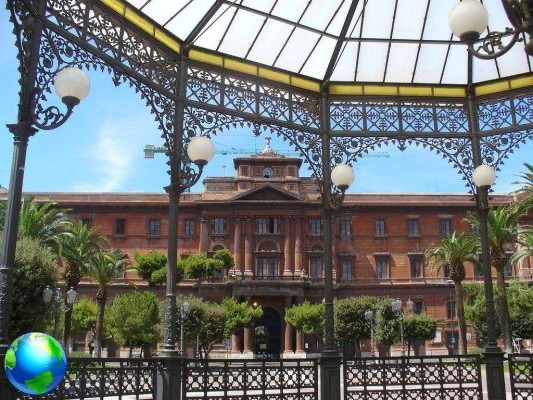 They are areas rich in tourism, establishments, clubs, discos! The unforgettable Baia del Pescatore for getting wet during the day and sipping a drink at night, La Fenice for breakfast after the fun and the Pulsano Gelateria for afternoon ice cream. I would like to point out one of the most heartfelt and experienced events by Taranto: the Rites of Holy Week; the two processions, one on Thursday in the old town and one on Friday in the new one, which take place throughout the night, have always gathered the entire population.

add a comment of Taranto, the city of the two seas