Levanzo (Egadi islands): how to reach it, what to see and where to sleep

After the article on Marettimo, now I want to tell you about Levanzo, the smallest island of the Egadi archipelago. Just over 5 km2 in size, Levanzo has a small marina around which the only town on the island develops, inhabited by just under 300 people who move here in the summer. In fact, in Levanzo there are no schools and its inhabitants move to Trapani during the winter. As in Marettimo, also in Levanzo there are no cars and you only move on foot along the only piece of paved road that reaches the Faraglione or along the different paths that reach the Capo Grosso lighthouse or Cala Minnola. But Levanzo is most famous for the prehistoric graffiti in the Grotta del Genovese and for his crystal clear sea. Many visit it in the day starting from Trapani or Favignana (which is right in front of it) but my advice is to stop and sleep at least 1 or 2 nights to explore it all calmly and, above all, to enjoy the timeless dimension that this island gives to those who know how to seize it. Small note of gossip ... on the island there is only one villa, Florio House, which belonged to the famous family of Sicilian entrepreneurs (but of Calabrian origin) now purchased by none other than Miuccia Prada, a great lover of the Egadi Islands! 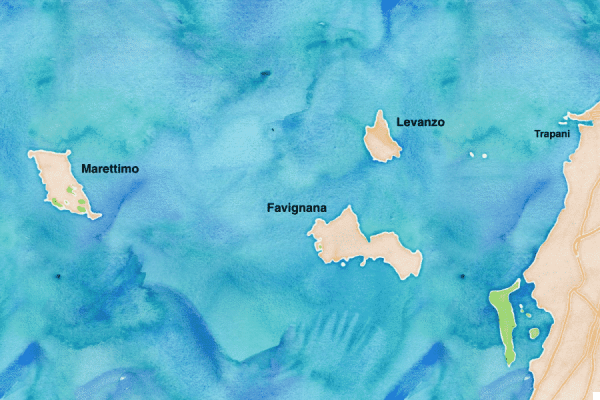 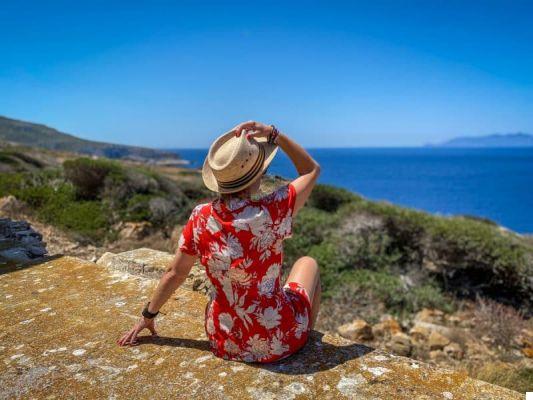 How to reach Levanzo

From Trapani / Palermo airports to the pier

To get to Levanzo the easiest thing to do is to take a flight over Trapani (now there are few alas) or your Palermo (here instead you will have a lot of choice both as companies and as timetables). From the airport you will then have to reach the pier of Trapani to take the hydrofoil / ferry. Trapani airport is about 25 'from the hydrofoil dock and to reach it there is a bus or taxi (fixed rate 30 euros). From Palermo airport it takes about 1 hour and you can take the bus (departure every hour until 16:00 pm, 10 euros), the shared taxi (to be booked with minimum 2 people, 22 euros per person www.lanavetta.com) or by private taxi (fixed rate 80 euros).

The hydrofoils / ferries to Levanzo are guaranteed by Liberty Lines and it is possible to buy tickets online through their website (which I recommend you do in high season, ie July and August). Find all timetables at this link. In general, in summer there are at least 6/7 hydrofoils a day while in winter 3/4. The journey lasts 1h and the hydrofoil stops first in Favignana and then Levanzo (cost 17,5 euros / person). 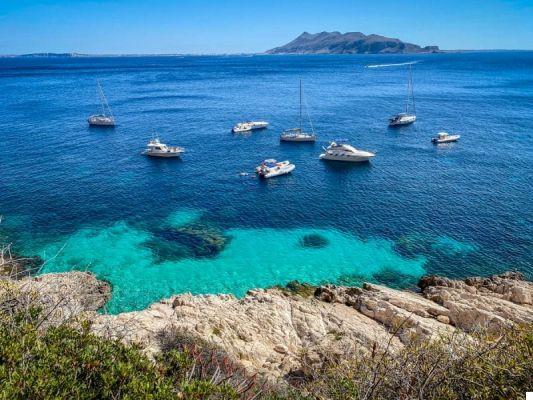 What to see in Levanzo

Levanzo is the oldest of the Egadi islands (it emerged 200 million years ago) and the presence of man on the island dates back to about 10.000 years ago, as evidenced by the graffiti of this incredible cave. Along the north-western coast of the island, at about 30 meters above sea level, there is in fact the famous Grotta del Genovese where, in 1949, a Florentine painter (Francesca Minellono) discovered graffiti and engravings of Paleolithic and Neolithic origin. By studying the latter, the archaeologists have been able to establish that the cave of the Genovese was inhabited by man in a time interval between 10.000 and 6.000 years before Christ. The paintings mainly represent animals (deer, bulls, etc.), but in the most recent also men and tuna appear. The cave can only be visited by taking part in a guided tour that starts from the marina and must be booked by calling 0923924032 3397418800 or by writing an email to [email protected]. The visit lasts about 2h and the cave is usually reached by boat (except in case of rough sea, in which it is reached with an off-road vehicle). Find all the info on this site.

If you love walking you can reach the Capo Grosso lighthouse, on the western end of the island. It will take about 1h-1h30 'and from there you can return to the port following the path that runs along the west side of the island and passes through Cala Tramontana e Cala Faraglione, where you can finally cool off with a nice swim in the sea. It will take you about 3 hours to walk the entire loop path and you will not encounter anything so bring water and a snack. The Lighthouse is currently in a very bad state, but will soon be refurbished to house a dream resort. 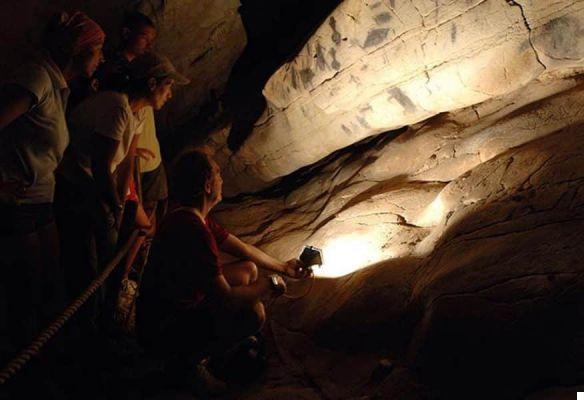 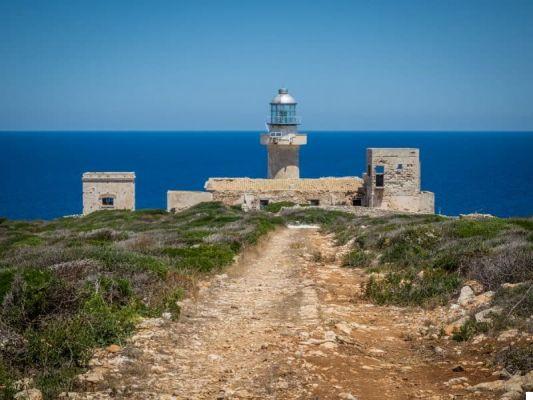 The most beautiful beaches and coves of Levanzo

Despite being very small, Levanzo offers several dream beaches and coves where you can enjoy the sun and the crystal clear sea. Starting from the port in an anticlockwise direction, you will find: 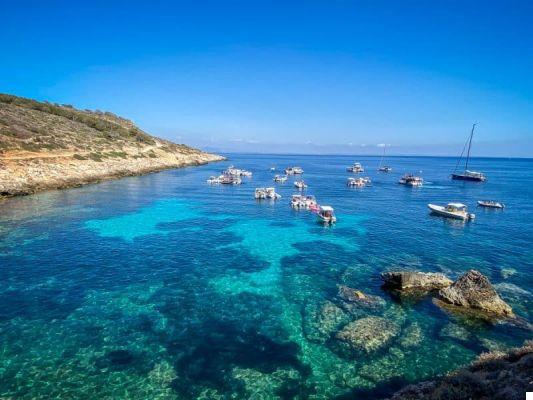 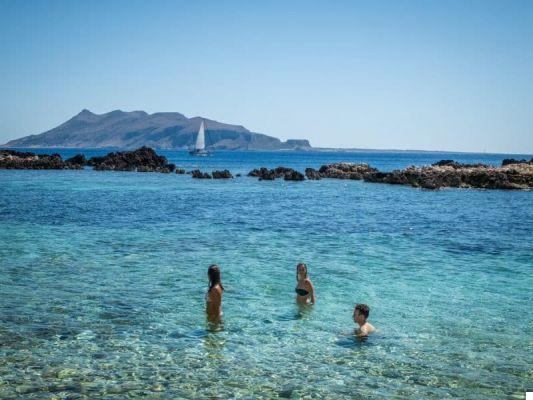 Where sleeping in Levanzo

As well as in Marettimo, also in Levanzo there are no hotels (classically understood); there is a single "widespread hotel" obtained from the converted fishermen's houses, all with whitewashed walls and blue windows. 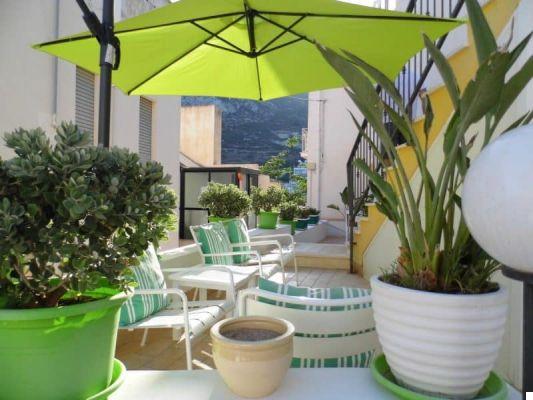 Where to eat in Levanzo 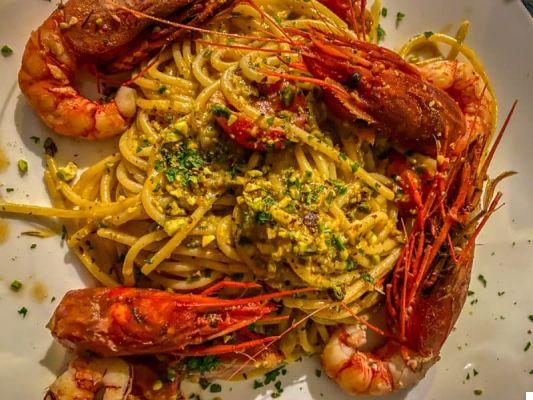 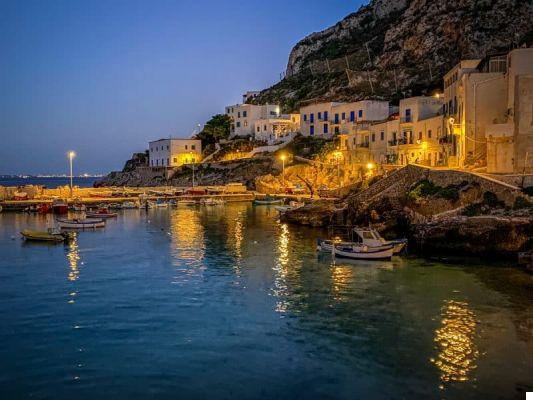 Audio Video Levanzo (Egadi islands): how to reach it, what to see and where to sleep
The Hangar Bicocca and the new Parreno exhibition ❯

add a comment of Levanzo (Egadi islands): how to reach it, what to see and where to sleep