Lights and Christmas trees in the world: the dates of lighting

All the updated dates of the switching on of the Christmas lights of the trees and in the most beautiful cities in the world, from Paris to New York, from London, passing through Sydney and Rio de Janeiro and finally in Italy.

Il Christmas it's my favorite party. Leaving aside the consumerist aspects of which we are directly responsible, I believe that the euphoria, the atmosphere, the lights, the party, the joy, the sharing spirit, the themed music, the gift packages, Christmas trees are able to convert one by one, every year, the most fearful Scrooge.

But I reserve the right to talk to you about what Christmas symbolizes for me at another time, I would not want to risk diverting this post from its main theme: they, they, the Christmas trees in the world. 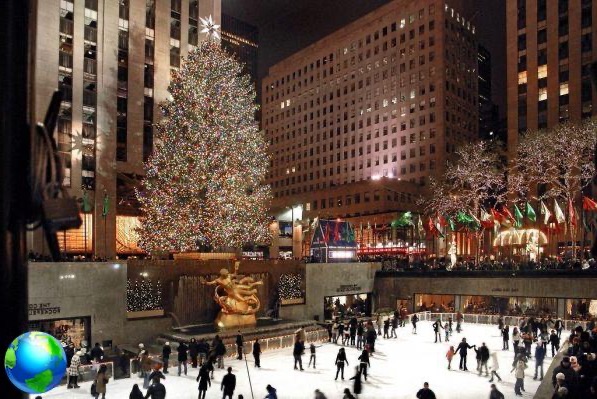 The lighting of the tree perhaps best known in the world (al Rockefeller Center) dated November 29th, left me speechless because this tree is beautiful and since I discovered its existence I have always been curious to find out all the other lighting dates of Christmas trees. So, I armed myself with patience and in this post I show you the dates or traditions of lighting Christmas trees around the planet.

It starts from Rockefeller Plaza, NYC, where - as mentioned - the traditional lighting ceremony of the most magical of Christmas trees will be held on the evening of November 29 (the Wednesday following Thanksgiving) from the 19 21. The event will be animated by concerts and performances by singers and famous people who will entertain the billions of visitors until the fateful "tree lighting" of the 42.000 tree lights! 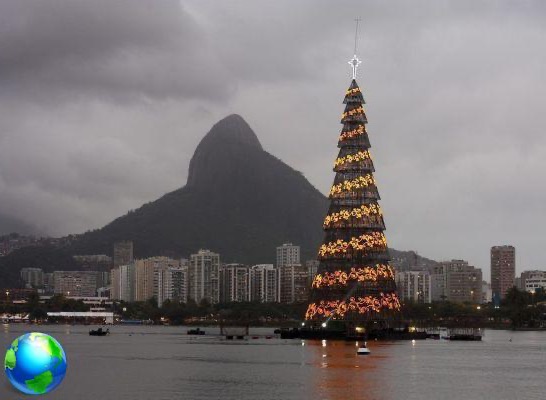 In Rio de Janeiro instead, we stayed in 2014, then it was thetallest floating Christmas tree in the world with its 85 meters in height (which enters the Guinness Book of Records for the second time, after 76 meters in 1996). The tree was placed on a platform in the Rodrigo de Freitas Lagoon and lit on 29 November with lots of light effects on the water and fireworks!

Who knows if there will be the same news this year, if it will repeat itself or if the Brazilians will have another great idea to beat their Guinness Book of Records. 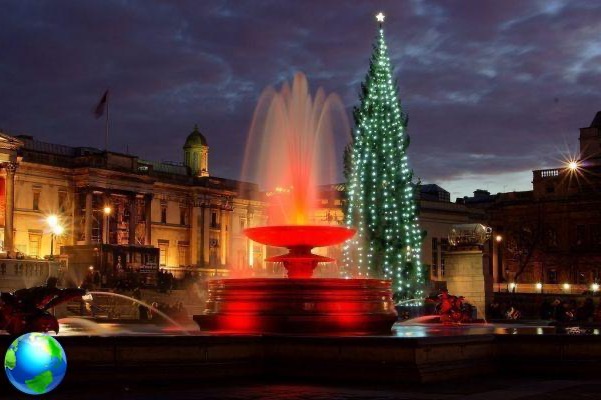 And let's move on to London: the 1 December, at 18 the Christmas tree will light up in Trafalgar Square.
Did you know that this tree has come from the city of Oslo every year since 1947 as a sign of gratitude for Britain's support for Norway during World War II? Not me, and I'm glad I found out.

Also this year for the whole Christmas period in Trafalgar Square, up to two days before Christmas, from 16 to 20 there are Christmas Carol, the famous Christmas choirs. 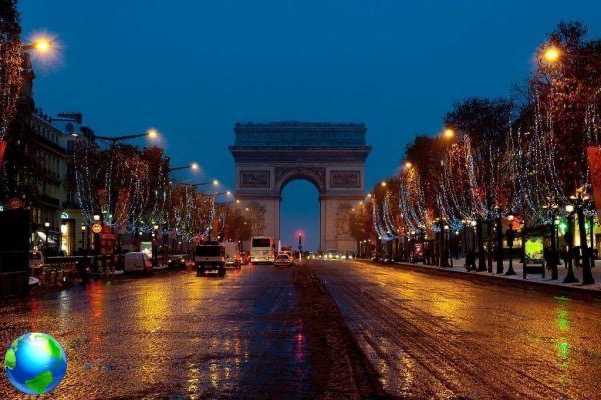 Staying in Europe, we move to Paris where more than the tree, it is the turning on of the lights scattered around the city that creates the most important Christmas event in the Ville Lumière, in name and in fact in this case. To start the explosion of the planned 800.000 luminous LEDs (very green thanks to the Blanchère Illumination company) is the long avenue of Champs Elysee: will be inaugurated on Thursday 22 November at 18.

And for the most romantic, the most classic of the classics is unmissable: the Christmas tree in front of the majestic Gothic Cathedral of Notre Dame that will give those who are passing through the Ile de France “a Noël plus magique”!

What about Italy? Well, for Christmas lovers it will be curious to know that we have held the record for the largest Christmas tree in the world since '91!
I'm talking about the one built on the slopes of Monte Ingino, which overlooks the medieval city of Gubbio and which will be lit directly from space on the evening of on December 7st . The tree is made up of over 250 bright green spots that outline the shape of a fir with a star of as many light sources at the top. 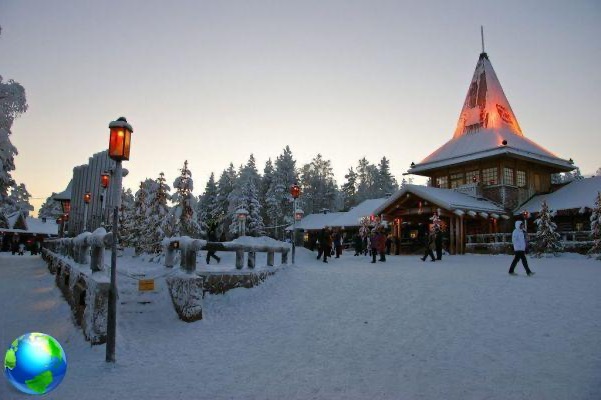 Santa Claus in person instead has a completely different tradition! In Finland, in fact, Christmas is the most heartfelt holiday and the Christmas tree, as the main symbol of the ceremony, is usually cut directly from the nearest forest with friends and relatives (Santa Claus with the elves, of course!). The decorations, in addition to lights, LEDs, bows and balls, are also enriched with lighted candles that heat the harsh Lappish winters. 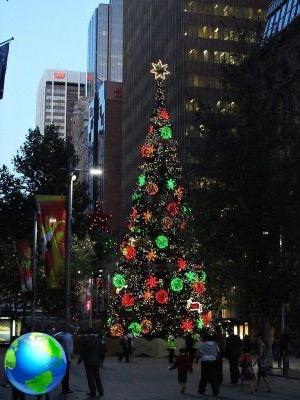 At this point I just have to prepare myself for the lighting of my Christmas tree that I will start decorating from tomorrow.

Audio Video Lights and Christmas trees in the world: the dates of lighting
Slow London, 4 places to see ❯

add a comment of Lights and Christmas trees in the world: the dates of lighting