Torino she is known for many aspects, perhaps one of the most relevant is hers artistic - cultural heritage, unique works linked to the history of the city. 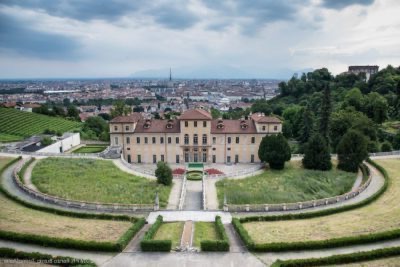 I want to talk to you and tell you four examples of Turin Savoy residences: the Villa of the Queen Apartment Hunting Residence Venaria and Basilica of Superga.

1. Villa of the Queen

The Villa della Regina stands on the Turin hill and was born at the behest of Maurizio di Savoia, destined for his wife Ludovica.

After her, the next hostess was Anna Maria of Orleans, wife of Vittorio Emanuele II, but unfortunately after her he donated the villa to the Institute for the Daughters of the Military and, due to the bombings of the Second World War, it was heavily damaged and abandoned.

In 1994 it was recovered and restored, today it can be visited, inside you can admire all the beauty of the Baroque style, but in my opinion what makes it so extraordinary are the rear gardens, in the shape of an amphitheater, where the ancient building is located which in the past was a meeting place for intellectuals.

The second residence that I mention is the Palazzina di Caccia di Stupinigi, an ancient dwelling intended primarily for hunting but also for parties, built in 1729 on a project by Filippo Juvarra, today it belongs to a government body that deals with its conservation and enhancement, called Mauritian Order Foundation.

This residence is characterized by the rococo typical of the European residences of the time; it was - as previously mentioned - mainly used for hunting, but its refined style made it an ideal location also for the celebration of weddings and parties.

You can start the visit from the Juvarriana Stable, then continue through the library and then reach the central hall, which is the heart of the residence.

From this point you can continue towards the apartments of the king and queen, up to Chapel of San Uberto, i.e. the protector of hunting and hunters.

The Venaria Reale is also a place to visit, it includes the building of the Palace and about 50 hectares of gardens, was named a World Heritage Site by Unesco in 1997, and is known for the baroque style of the building, for the Diana's Room Great Gallery and Chapel of St. Hubert, without forgetting the renowned ones Juvarriane stables including some of Juvarra's finest works. 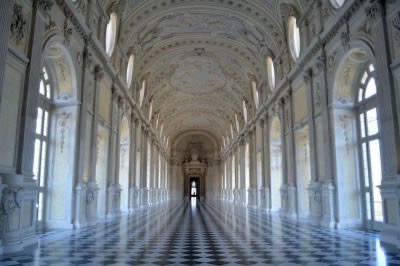 Today it is very popular, not only for its majesty and beauty, but also because it periodically hosts numerous photographic exhibitions and more, and it is really worth a visit.

Last, but not least, I speak of the Basilica of Superga, dedicated to Our Lady of Grace, whose statue is located inside the Chapel of the Vow.

Where does the name of this chapel come from? You should know that in 1706, the city was invaded by Franco - Spanish troops, and the then Duke made a vow: if he defeated his enemies, he would have a church built in honor of the Virgin, and so it happened.


This work was also made by Filippo Juvarra, who demolished the pre-existing church to build it and lowered the level of the hill.

Inside you can admire six chapels and four altars, in addition to the High Altar, with Carrara marble statues.

What characterizes it is then the possibility to climb the Dome, from which you can admire the view of the entire city and the Alps, a breathtaking panorama.

In addition to this, there are the royal tombs of the Savoy, which can be visited by descending directly into the crypt, but this is not enough to understand why tourists go to this place. 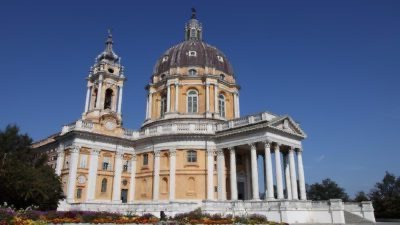 You must know that it is very famous for the Turin fans, but not only, for a very dramatic event, which happened in 1949, when a plane carrying the entire team of the Great Turin it crashed right into the basilica, and there were 31 victims, a commemorative plaque was placed in memory of this tragedy.

Now, in order not to get too sad, I want to suggest you to go to this magnificent place by climbing through the trolley car which from Sassi leads directly up to the basilica, in my opinion is a very special way to visit the place, which I assure you will leave you speechless.

The Savoy residences are a very important piece of history of Turin and they are truly wonderful places, which cannot fail to be visited.