Carnival in Cadiz, the third most beautiful in the world

One of the most beautiful Carnival parties in the world is certainly that of Cadiz, that's why not to miss it and why fly to Spain during the most fun time of the year.

Cadiz it is sober, refined, elegant, pampered by a mild climate that gives it semi-cold winters and semi-hot summers.

Traveling by car the strip of land that connects Cadiz to the rest of the Andalusian peninsula is an experience that anyone should do, at least once in their life: like walking on water, it gives a sense of omnipotence, almost.

Tourist destination for luxury bathers, it is a city that knows how to have fun without running the risk of leading to vulgarity and malpractice. The great synthesis is carnival party, third after Venice and Rio de Janeiro, which every year attracts onlookers from all over the world. 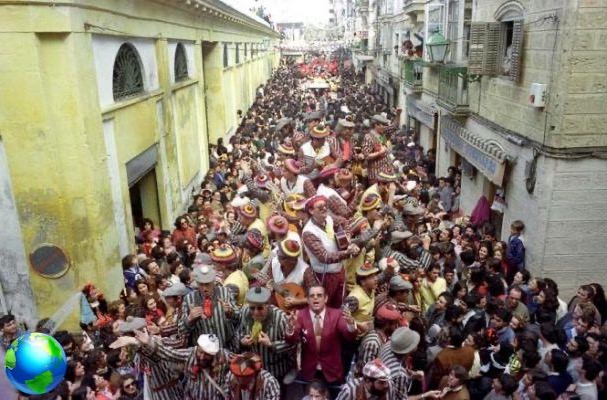 If you want to indulge in ten days of healthy, clean and well-structured fun, then fly to Cadiz for Carnival, get yourself a mask and a nice costume and join the fray.

The Carnival of Cadiz stands out from its most famous competitors for its critical, sarcastic, ironic, self-deprecating, funny, irreverent and yet sophisticated spirit. In addition to the hundreds of children who roam free, on the streets of the city you will come across numerous figures of the local tradition. Among these, the oldest is probably that of the Romanceros, storyteller with easel, who with the help of drawings tell humorous verses. 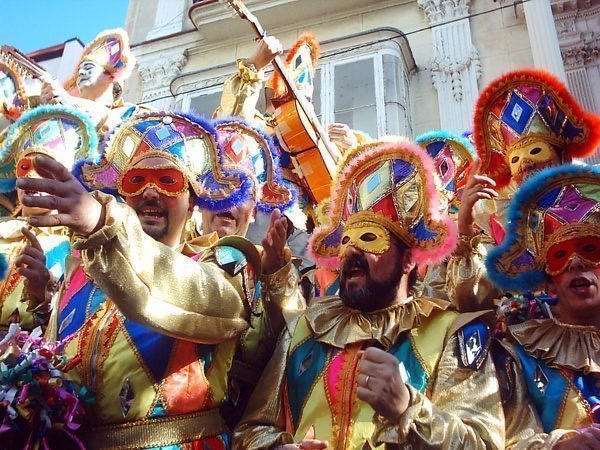 Then there are the Chirigotas who sing in costume with an ironic-satirical air of current events. These parade and perform in every corner of the city and in Great Falla Theater they compete with each other to win the first prize.

Alongside and in addition to the Chirigotas, there are the Extras and Choirs who, like the Chirigotas, sing in costume, but their repertoire includes more elaborate pieces, also touching opera music.

All will be accompanied by festivals, tastings of typical local products and Cabalgadas, the traditional parades of allegorical floats with a Venetian influence. There Great Parade, which takes place on the first Sunday of Carnival, and the Humor parade, on the second weekend, are the most characteristic. 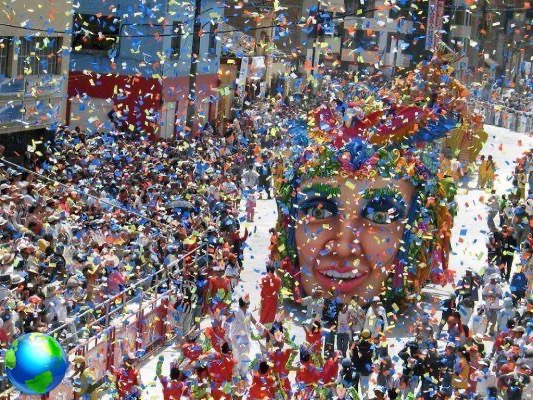 Watching is not enough, but do you want to actively participate? In Cadiz, every wish can come true. Go to the Plaza de Las Flores with your friends to take part in the "Charangas ilegales", a sort of cheerful and fun parallel festival that contrasts with that of the more experienced Chirigotas, Choirs and Extras. Challenges with music, humor and good humor seasoned with lots of laughter, dancing and an infinity of colors, scents and good things to eat await you.


The Grand Finale is certainly the highlight of the event. It takes place on the Friday of Carnival, with songs and dances that last until the next morning to culminate with it fireworks show which are reflected in the water on the beach of La Caleta. 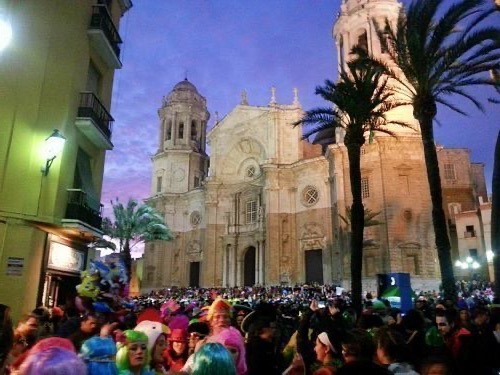 Not to be missed is the "Burial of the Sardine", an element common to many Spanish Carnivals: a sort of funeral procession that culminates in the burial of the large paper mache fish; event that announces the end of the party.

But hurry up to book the hotel, it is expected to be sold out. If you can't find accommodation in the city, try neighboring areas, such as Jerez de la Frontera and Seville or in the numerous cities of the coast that stretches to Tarifa and Gibraltar. If you can't get around by car, don't despair. Public transport is efficient and, on the occasion of the Carnival, not only are they enhanced but they too become a party scene, an excellent opportunity to make new friends and enjoy a taste of what awaits you once you arrive at your destination.

Audio Video Carnival in Cadiz, the third most beautiful in the world
Valencia, City of Arts and Sciences tour ❯

add a comment of Carnival in Cadiz, the third most beautiful in the world