The Zak Castle: a secret museum on the outskirts of Milan

But how beautiful is it to discover secret and hidden places? When we talk about an entire castle dedicated to street art, it becomes even more intriguing.

With other curious friends, on the basis of an article found on the internet and photos on Instagram, we left on a Saturday morning in search of this famous Zak Castle. No precise address, the only information we had was that he was more or less in Cormano, in the Milanese hinterland, very close to the A4 motorway.

We arrived in the area and started asking around, until we finally managed to find it!

In reality the "castle" is a former abandoned factory consisting of 4 buildings, definitely dilapidated, and therefore closed by barriers. Blinded by curiosity, we climbed over and entered. The first graffiti that jumped our eyes is the one that represents a caricature of the homeowner, the conte Zakula, then gradually many other magnificent graffiti. 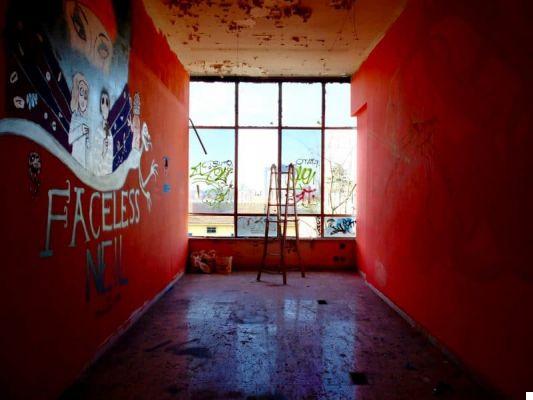 We didn't meet anyone and went upstairs. What we have discovered is a real one “open-air” museum dedicated to street-art. The rooms are all covered with graffiti, the walls and ceilings have been frescoed by artists from all over the world; many of them are recognizable by tags. There are works by Tenia, Tilf, Giorgio Je, Omp, Canemorto, Riky Boy, Emajons and many other foreign artists.

As we gradually explored the various rooms, at one point we felt like intruders. We were entering a proper apartment, which was Zak's; there was a large central hall full of sculptures, paintings, photographs, opening onto a series of rooms converted into a kitchen, bathroom and bedroom.

Unfortunately the landlord was not there; as he told us later James, the other roommate of this former factory we met at the exit, Zak wasn't in Cormano in those days. 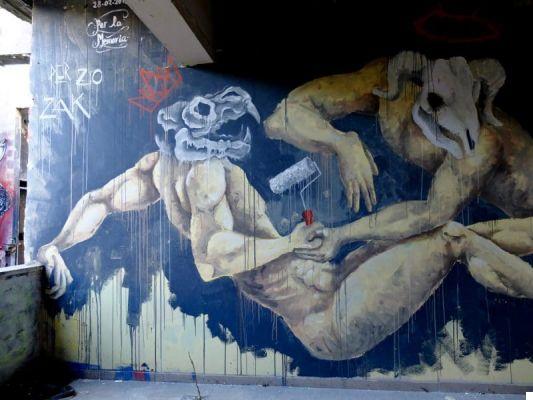 James told us a little Zak's story, at the registry office Zakaria Jemai, a 60-year-old Tunisian who has lived in Italy for a very long time. For several years Zak has found refuge in this old abandoned factory. One day he met here the trio of street artists Cane Morto and Emajons who had entered the former factory to paint, Zak saw them and they immediately made friends. They were the first, but with word of mouth, many artists have passed through here. James told us that Zak is very hospitable, he loves being with friends and strangers who come here to see graffiti; he loves preparing lunch and telling the stories of his Castle's murals. I must say that I was really sorry not to know him, but sooner or later I will return there with the hope of meeting him.

NOTE: . The whole building is unsafe, full of holes and broken glass so, if you decide to come, be very careful !!

I'm not giving you the exact address of Zak's Castle for two reasons; first, I haven't marked it, second, research is part of the adventure. Only the most daring deserve to find out? 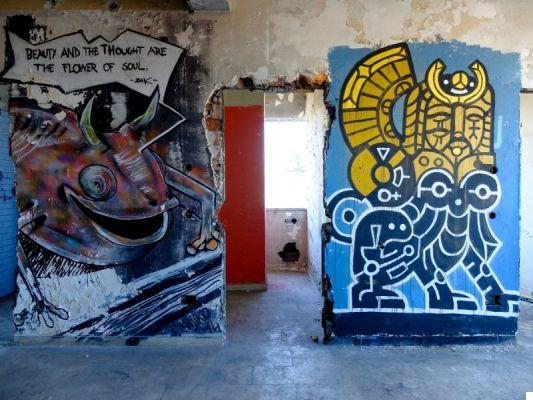 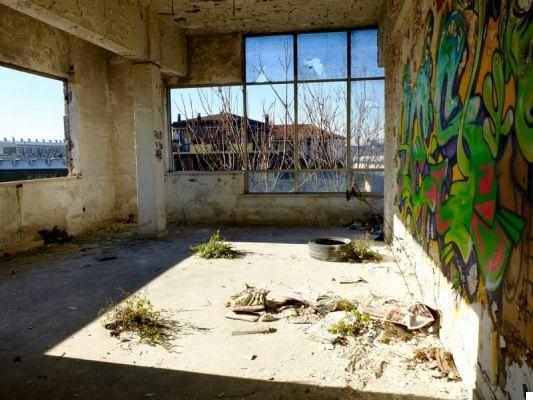 The MAAM of Rome, when art is defended ❯

add a comment of The Zak Castle: a secret museum on the outskirts of Milan