Roman coast: where to go to the sea in Rome


In Rome, the Roman coast is formed by the tourist destinations of Ostia, Torvaianica, Anzio, Nettuno and a few others. Here are which beaches we recommend for Roman spring and summer. 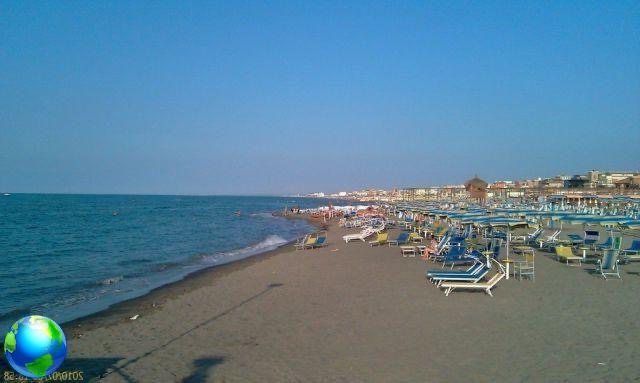 Ostia, between nightlife and relaxation

The largest center of summer tourism on the outskirts of Rome. The fun starts in the day with the establishments and the beaches that are filled with tourists and continues in the evening with the numerous discos on the beach and with clubs open until late.
Ma Ostia it's not just fun and nightlife, there's so much more. Culture vultures will enjoy an unmissable trip to the ruins of Ostia Antica (on via Ostiense, not far from the city), where you can still breathe the grandeur of the city's millennial past, admiring mosaics and spas in what was once the ancient port of Rome.
Or you can relax with a walk along the Tourist port, full of shops for those who want to spend an afternoon of shopping admiring the moored boats.
Finally, for the more romantic, there is the pier of Ostia, from which you can enjoy a fantastic view of the sea at sunset. 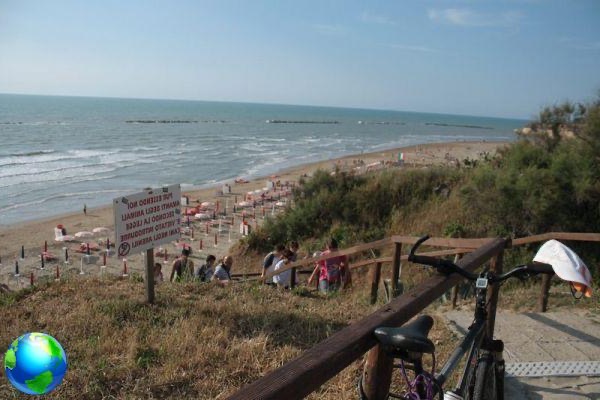 For those wishing to get away from the summer crowds of Ostia there are certainly alternatives. Going south along the coast leads to Torvaianica, a miniature version of Ostia. Here summer is synonymous with amusement parks, in particular stands out Zoomarine, third park in Italy.
Zoomarine offers water shows with seals, sea lions, trainers and divers, all surrounded by classic attractions such as water slides, roller coasters, 4D cinema and animatronics, but the real stars of the park are the dolphins, the true symbol of the park.
Continuing on the tour of the coast we arrive at Ardea, a picturesque village whose historic center is spread over one tuff rock. Legend has it that Aeneas landed here after his escape from Troy.
Among the hamlets of Ardea, its coastline stands out with the town of Tor San Lorenzo which in the period of mid-August organizes its patronal feast in conjunction with the night of San Lorenzo, with fireworks, markets, fairs and the opportunity to admire the famous shooting stars.
In Tor San Lorenzo, for those who love nature, it is possible to visit the Landriana Gardens. It is a park designed by the British landscape architect Page. The garden is open to the public and can be visited free of charge from the end of March to November during a few fixed days, allowing visitors to stroll in complete relaxation among different varieties of plants, roses and flowers.
Continuing south you arrive at Lido dei Pini, another fraction divided between Ardea and Anzio and renowned for the presence of pastry shops, pubs and clubs that during the summer attract mainly families and children from the nearest towns. 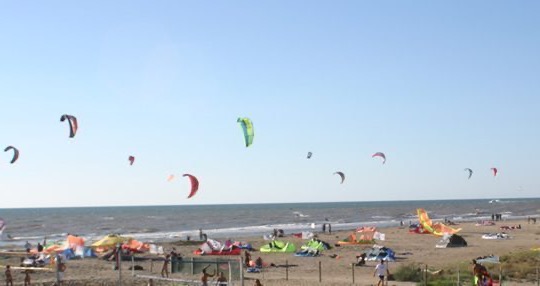 The coast continues with Lavinio, from the extremely clear sea. The town is famous for nature reserve of WWF of Tor Caldara and its sulfur springs and for lovers of extreme sports there are surf and kite-surf schools.

Anzio and Nettuno, the pearls of Lazio

The two cities are only theoretically separated, in reality they constitute a single large conurbation.
Anzio it is the first town you come across when arriving along the coast from the north: it is the ancient city of Antium, home to two Roman emperors. Here in fact they are born Caligula and Nero (whose villa is still visible despite the shifting of the coastline) and there are many remains of ancient Roman buildings that can be admired. But the real symbol of Anzio is the lighthouse, now incorporated in Archaeological Park and visible from much of the coast.
After Ostia, Anzio is the most important center of the summer. In the months of July and August the city is filled with tourists attracted by the numerous clubs around the port (which gives the city a splendid setting, especially during the evening hours) and by the clarity of the sea.
The large park of the Villa Borghese separates the city from Neptune, the other jewel of this part of Lazio. 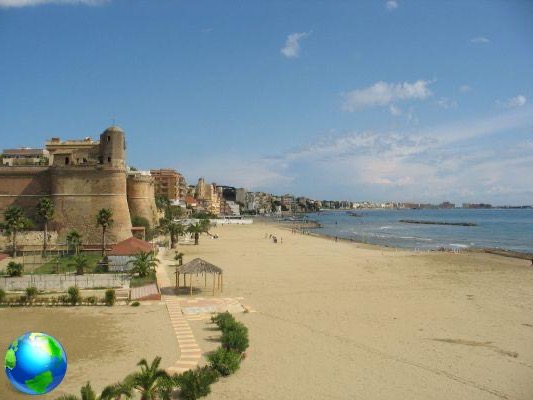 Nettuno it is a city for the youngest, for lovers of clubs and nightlife. The heart of the nightlife is concentrated on the seafront, near the marina, and inside the medieval village. It is a real castle inside which there are restaurants, clubs, pubs and ice cream parlors that wind through the different streets and alleys surrounded by the city walls and into which the inhabitants pour during the evening and on weekends.
Another important monument of Neptune is the Forte Sangallo, wanted by Cesare Borgia and considered one of the best preserved fortresses in Italy. For history lovers it is also possible to visit the American War Cemetery, dedicated to the soldiers who perished during the landing on these shores during the Second World War.
Finally, a small one curiosity about Neptune: at noon on January XNUMX, the inhabitants of the city renew the tradition of the New Year's bath by diving all into the winter sea, a tradition that over time has involved more and more people.

Audio Video Roman coast: where to go to the sea in Rome
Where to eat in Paris, the quiche de La fourmi ailée ❯

add a comment of Roman coast: where to go to the sea in Rome