Egypt travelogue. Information, useful tips, experience, what to see and places to visit. 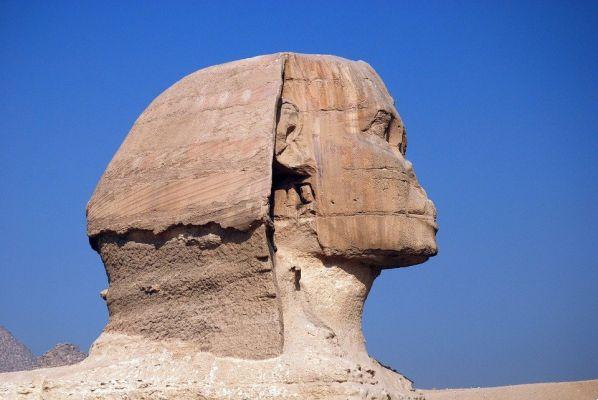 Two days ago I returned from the most beautiful journey of my life, a tour of Egypt.

I visited the Cairo, the oases (Baherya, Bauiti, El Fayum, Dakhla) and finally I made one Nile cruise of 4 nights.

I had already been in Egypt, but I had only visited Sharm El Sheik e Dahab  and I must say that, even if the sea was beautiful, it did not satisfy my desire to know everything about this hospitable, smiling and sunny country. 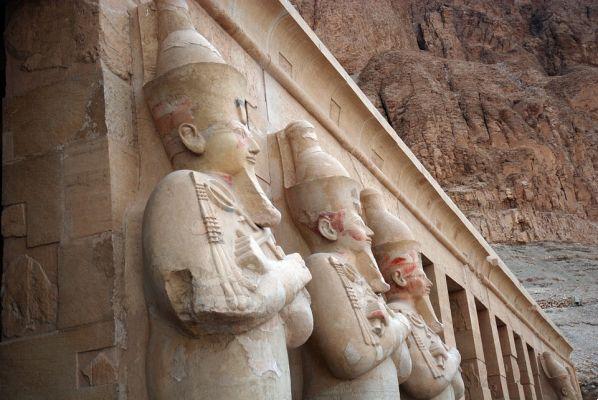 Egypt what to see and places of interest

So with my husband, my sister and her partner, we embarked on this unforgettable journey.

We left Rome with a flight ofEgyptair.

Arrived at Cairo , the companions were waiting for us who, after realizing the bureaucratic matters, took us to ours Hotel, Piramids Park Oasis where we spent 5 beautiful nights even though we knew it was far from the city, but it was far from too Giza. !!!…

Anyway, we thought that given how our program was, we certainly wouldn't have had time to walk alone ...

Le rooms, quite large and lighted, they were clean and fragrant. 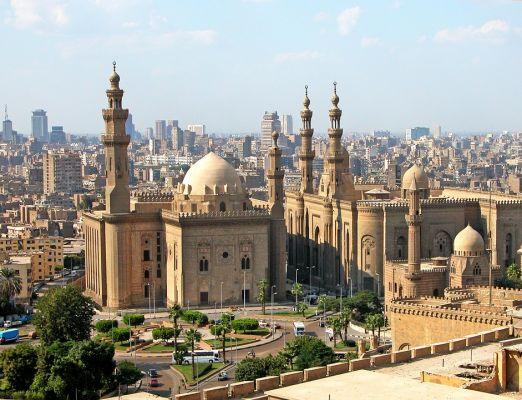 The staff ofhotels, he immediately showed himself very kind and after the various pleasantries we got ready for the dinner on the Nile.

A nice restaurant ship, a good meal and even a dance show (acrobatic in my opinion!) With the carpet around the waist and then a belly dancer.

The next day we began our first day of visits: la Giza plateau.

Le pyramids and sphinx they don't need comments they are majestic to say the least.

Our guide, Said, a young boy with a degree in archeology, was very prepared, helpful and patient right from the start… yes, because my sister stunned him with questions.

After the visit which lasted about 3 hours, we went for lunch.

We chose a restaurant near the pyramids, delightful and full of people.

We decided to eat fish but my husband hates fish so (for him) we had a mix of meat, elongated and spicy grilled meatballs, spit-roasted chicken and fries. 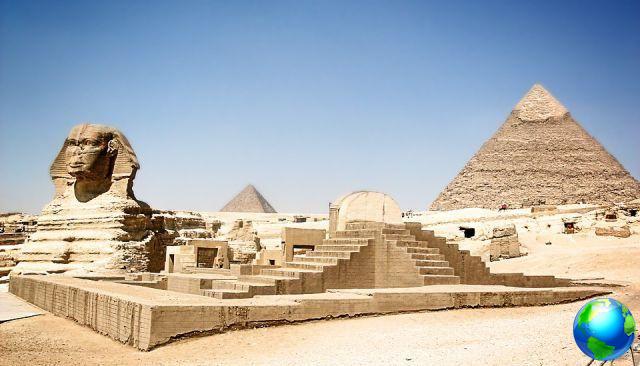 After lunch we visited the site of Dahshur.

I had never been there and didn't really know it, but those two pyramids are truly spectacular.


One is red and the other is diamond-shaped and I must admit they are really beautiful.

Then we also visited the piramide a gradoni di Saqqara.

This is also very particular, but the other two impressed me more .. I don't know the colors, or maybe because there were few people and we visited them more calmly. 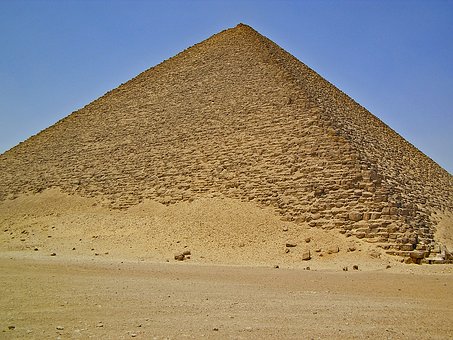 How to eat on an Egypt cruise

The second day we stayed at the Egyptian museum.

This is also a unique experience.

I had already been there during an excursion from Sharm El Sheik, but we were many instead now we are only 4 and I must admit that I understood many more things.

For lunch we went to a nice floating restaurant on the opposite bank of the Nilo.

Here the atmosphere was lighter than the restaurant the day before, there were fewer people, it was more spacious and the food was also better. 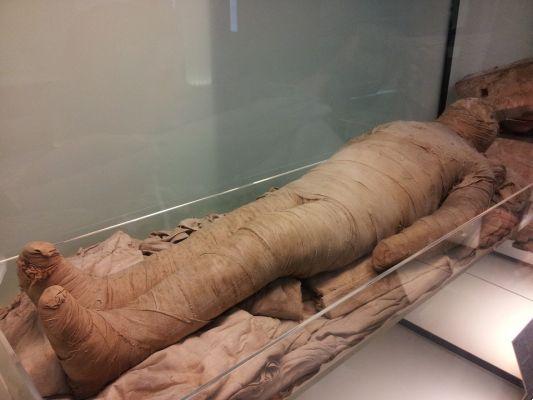 Egypt the city of the dead (Qarafa)

After lunch we visited the City of the Dead

I had heard of it but live is something else entirely.

People live, sleep, eat, cook, laugh in short, they do everything, absolutely everything among the tombs.

The latter are located inside the houses, in front of the doors .. they are everywhere. In short, a very suggestive experience.


There is civilization in the oldest Muslim cemetery of Egypt. 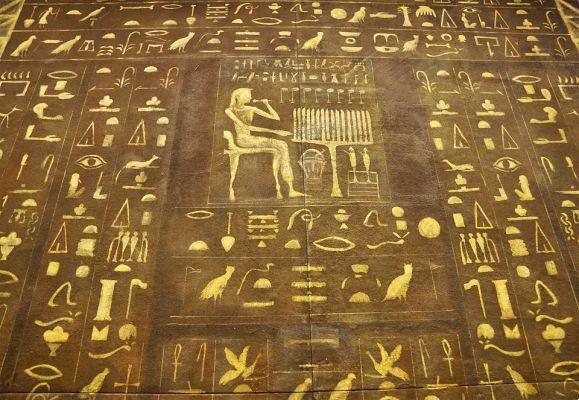 After the city of the Dead we went to Khan El Khalili and before throwing ourselves through the colorful, spicy and golden streets of the market we visited the beautiful one Al Azhar Mosque.

We spent the third day in theoasis of Fayum.

An oasis not far from Cairo.

There was a strong onion smell in the street because it is full of green onion plantations.

We visited the city and the waterfalls in short, it was a beautiful day. 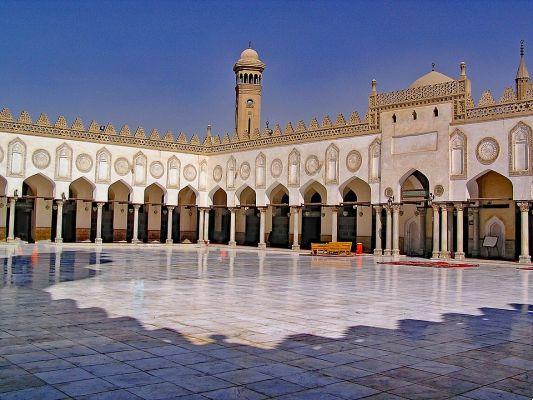 On the fourth day we visited the Moschee of Sultan Hassan and El Rifaya.

I recommend them to everyone as they are really beautiful.

I did not know them, and it is a pity that most tourists do not visit them, because it is really worth it.

Then we visited the Coptic Cairo Museum which is a collection of different places of worship.

For lunch we were in a very nice restaurant, modern style, very clean and perfect food.

After lunch we went to the Citadel of Mohammed Ali. 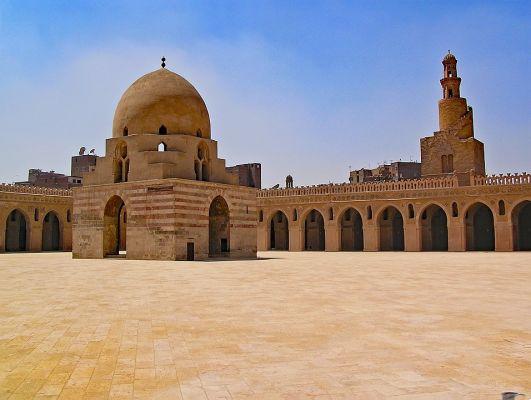 On the fifth day we left early in the morning for the oases.

A beautiful journey between the silent desert and total peace.

The first oasis we saw was Bauiti, capital ofBaherya Oasis.

A really beautiful place, very green in the middle of the desert. 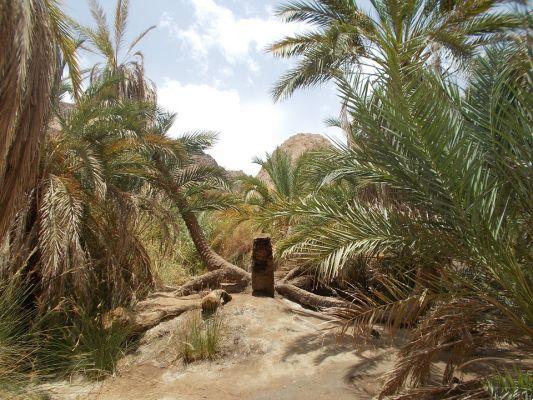 We saw some of the famous "golden mummies" and visited the ancient necropolis.

We saw the beautiful painted tombs and the temple of Alexander the Great.

The next day in the early morning we left for the oasis of Dakla.

The journey fascinated me a lot… all that desert, full of dunes and rocks that almost looked like sculpted figures

The next morning we left for Luxor. We boarded the ship. Extremely beautiful. 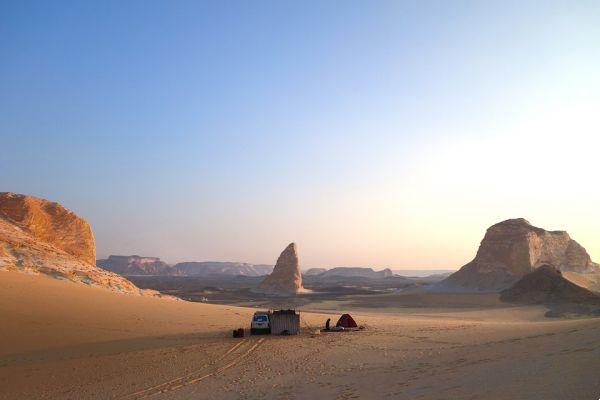 To have all the information on a Nile Cruise consultation: 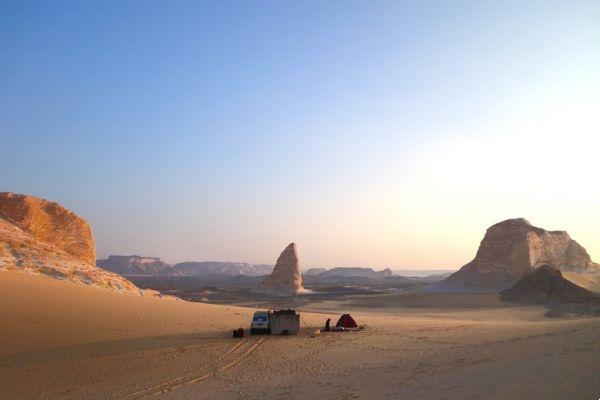 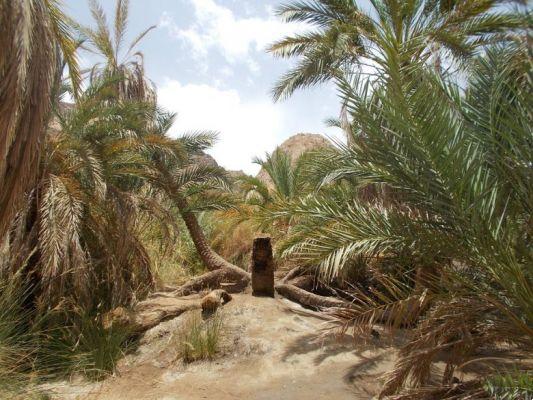 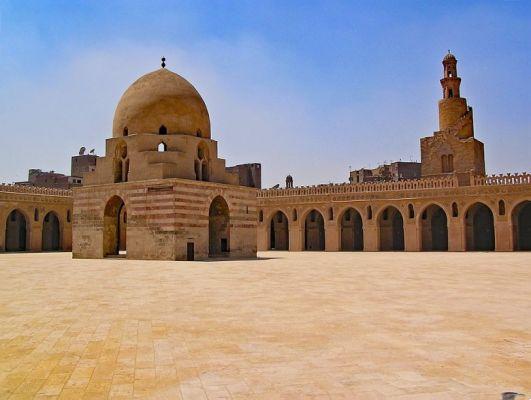 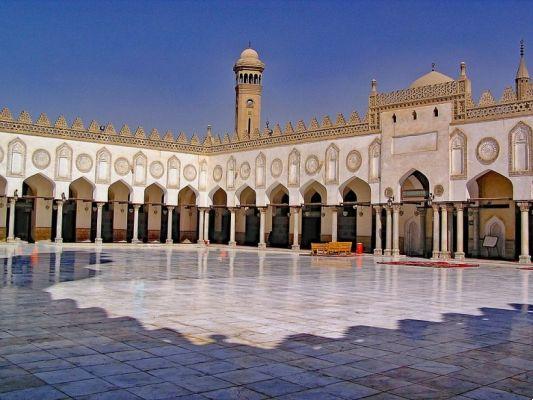 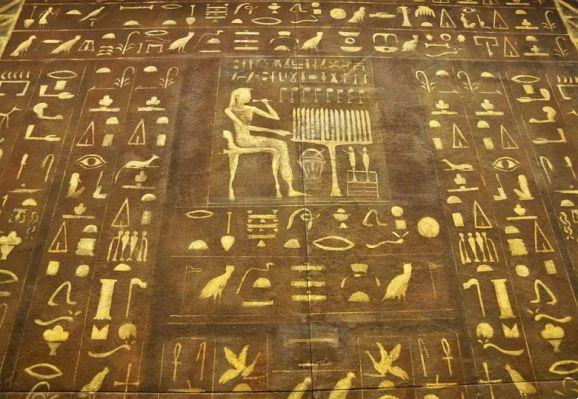 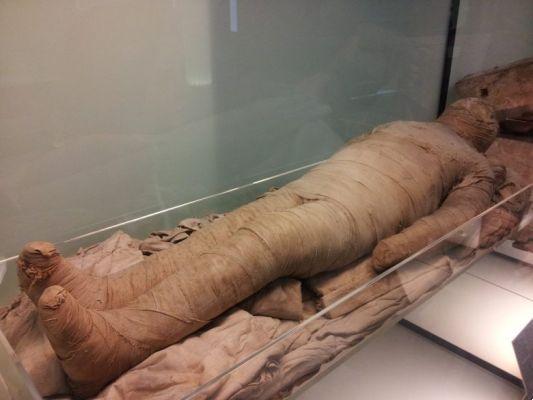 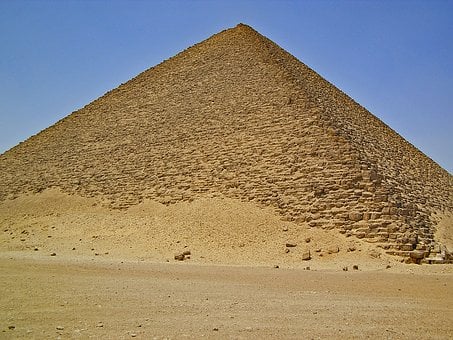 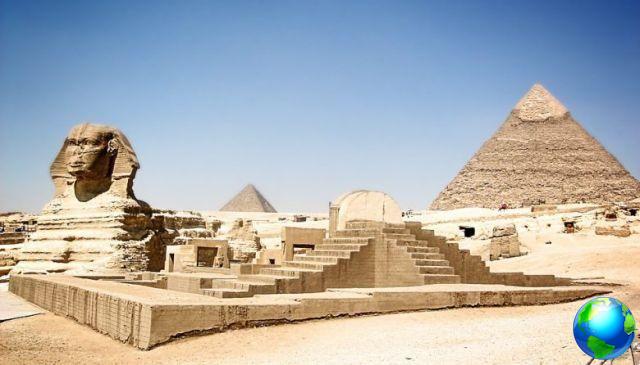 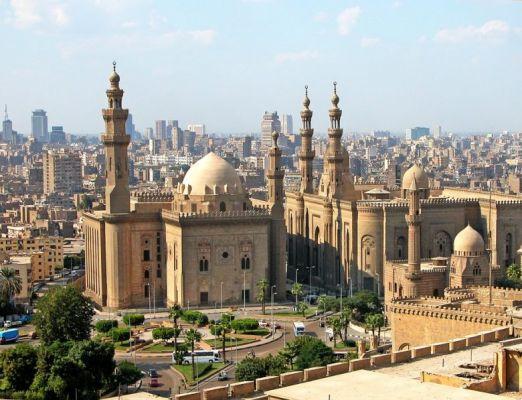 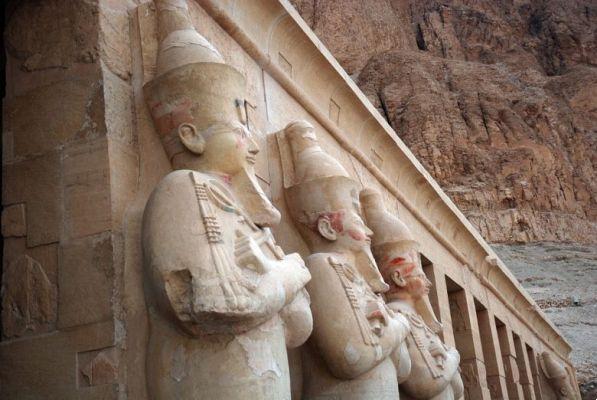 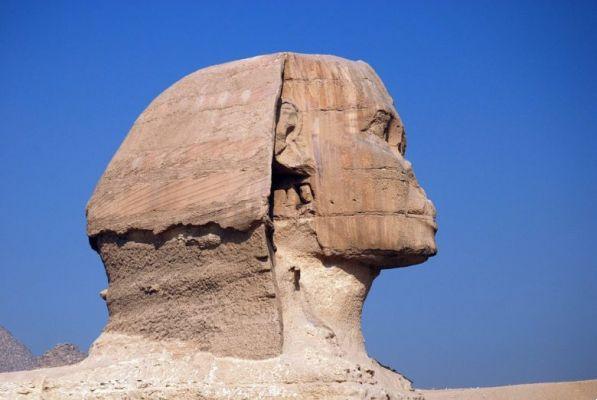 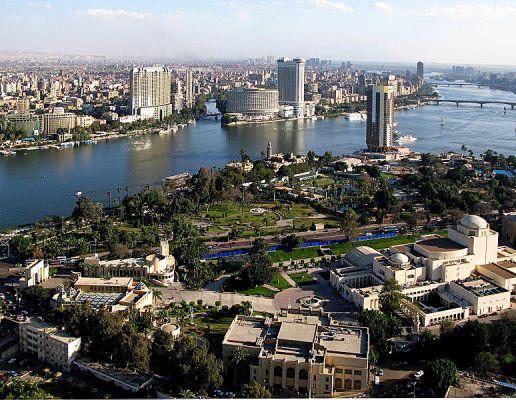 In Girona in Baden-Württemberg ❯