Egypt: the oases of the western desert


Egypt, not just villages and super tourist destinations, here is an alternative itinerary for those who want to see something new, a journey through the oases of the western desert.

Without the Nile, the Egypt it would be a lifeless, desolate land. Thanks to this watercourse, ancient civilizations have sprung up on its banks and still today its wealth of water is used to irrigate the surrounding fields. Why not follow in the wake of what is thought to have been the ancient route of the Nile millions of years ago by discovering the oases of the western desert, located west of the current river? 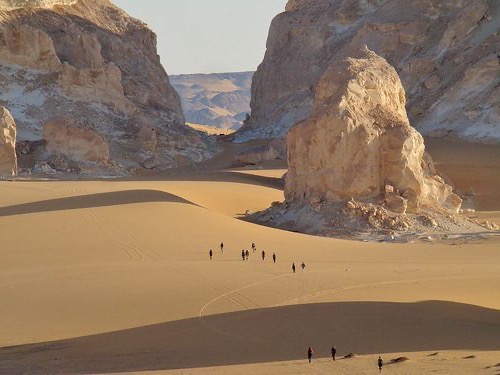 Starting from the north, namely the Lower Egypt you can admire the oasis of Bahariya, known as the oasis of the "north", which is located about 400 km away from Cairo. Easily accessible by land from Cairo and the Siwa, Fayyum and Farafra oases.

More and more visited for the spectacular landscapes that give its deserts: the white one with the white limestone formations created by the wind and water and the black one with a layer of black rocks and dust generated by the erosion of the mountains. In the latter it is advisable to climb the English Mountain from which you can admire this unique landscape. 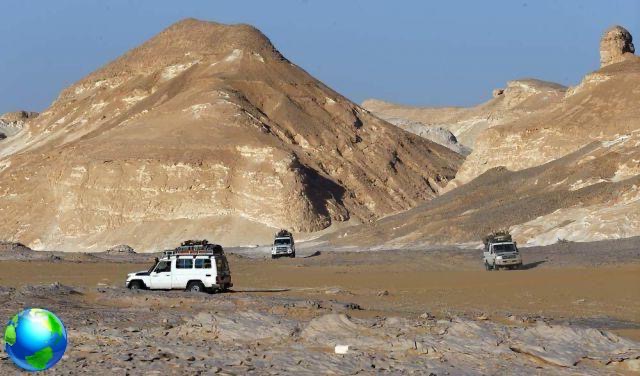 Here the locals, said wahati, Namely oasites, they feed mainly on dates, olives, guava and mangoes and are dedicated to agriculture, iron mining and tourism, given the naturalistic and archaeological attractions (the 10.000 golden mummies for example) in situ.

Thanks to the construction of an asphalted road in the 70's connection between the oasis and Cairo, TV, telephone, electricity and four-wheeled means of transport - cars - have made their entrance into the oasis, taking it out of isolation. New influences and contacts with the outside have thus changed the lifestyles and traditional uses and customs. 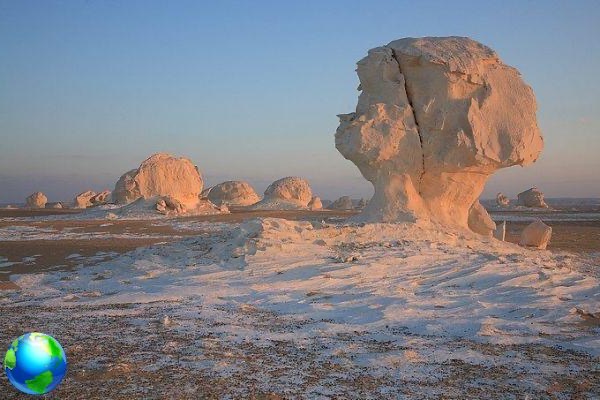 Continuing south we visit the oasis of Farafra, with cultivation of apricot and olive trees, inhabited mainly by Bedouins, who live in small blue houses, a color used to keep evil spirits away, according to a local belief.

Il white desert, just 45km north of the oasis, is made up of white chalk rock formations created by sandstorms, and El Mufid Lake and Bir Setta hot springs are also worth seeing. 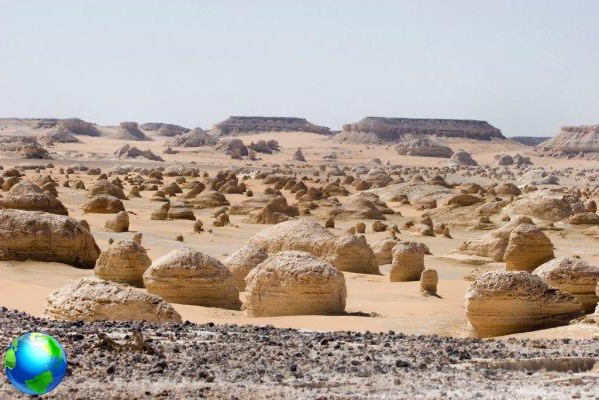 Departure for the oasis of Dakhla, 350 km from the Nile Valley. Featuring over 600 natural water lakes and springs. The visit of the old city is very particular, with its clayey streets and houses with elaborate designs of wooden architraves.

See El-Qasr, a medieval town erected over the ruins of a Roman village, the tombs of El-Muzawaka always from the Roman age and lastly the temple of Deir El-Hagar and the village of Al-Balat. 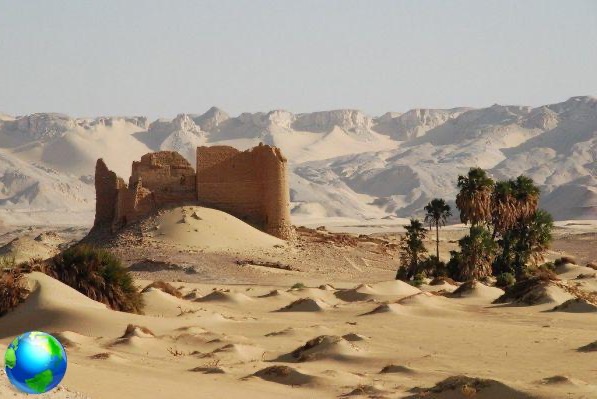 Last stop is the oasis of Kharga, oasis of the “south”, the most populated of the western desert oases of the country, with over 100.000 inhabitants; once an essential stop on the route of the slave trade that left Sudan and headed for the Nile Valley (200 km.) during the domination of the Arabs.

The Museum of Antiquities, in via Gamal Abdel Nasser brings together a series of finds that also come from the oasis of Dakhla and Farafra and worthy of attention the temple of Ibis, the only large temple of the Persian age in Egypt, and not far from this el -Bagawat, the oldest Christian necropolis in the country, with its own 263 adobe graves dating back to the XNUMXth century. 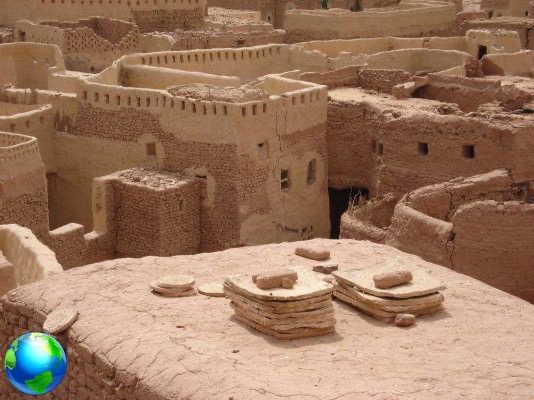 Keep in mind that you are traveling in the desert, up roads not always paved therefore you need to have a little spirit of adventure and adaptation and the beauty is also in sleeping in the tented fields under a starry sky.

Audio Video Egypt: the oases of the western desert
Sky Duck, the duck of Japan for tourism ❯

Cairo: where to sleep, what to see in the most beautiful Egypt

5 things to know before going to Egypt

add a comment of Egypt: the oases of the western desert