Unusual Milan: 10 places not to be missed 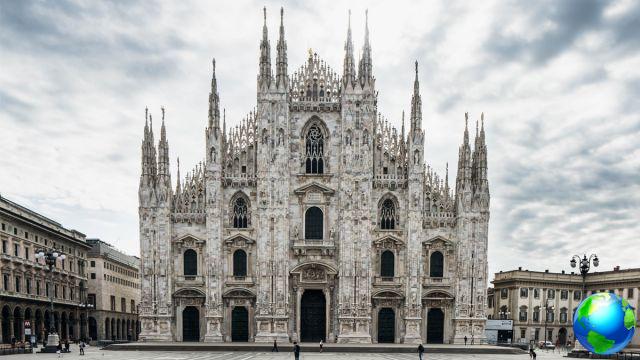 What the life of Leonardo da Vinci is very linked to the city of Milan is well known, but few know this fascinating place. In 1498 Ludovico il Moro, Duke of Milan, gave Leonardo da Vinci one vineyard to which the master was particularly fond. The vineyard was in the middle of the fields, at the bottom of the House of the Atellani, a Renaissance house which was then beautifully transformed by thearchitect Pietro Portaluppi. With the bombings of World War II, the vineyard was buried in rubble and no trace of its existence had been lost. With a great deal of recovery and research, the vineyard was found and, thanks also to studies in botanical genetics, it was replanted exactly as it was. Fortunately for us, since 2015 the owners of the Casa degli Atellani (who still live there!) Have decided to open the doors of this magnificent residence, garden and vineyard to the public.

To visit it it is necessary to participate in a guided tour at a cost of 12 euros. The visit lasts about 25 minutes and there are groups of up to 25 people. It is preferable to book through the call center at 892234, or from the official website.

Mykonos (Greece): what to see and where to sleep ❯

add a comment of Unusual Milan: 10 places not to be missed