Getting around in New York, the best means of transport

New York is the leading tourist destination in the United States. Eccessive and cosmopolitan at the same time, the Big Apple is an inexhaustible source of energy where life and time never stop!

New York is located in the northeastern United States, in New York State and on the Atlantic coast. The city has more than 8 million inhabitants.

The 5 districts that make it up are: Manhattan, Brooklyn, Queens, The bronx e Staten Island. Note that Harlem it is not a district, but it is part of Manhattan. The 5 districts have their own identity and all emanate a particular and different atmosphere.

The main airport serving New York is John F. Kennedy, located east of the city, approximately 20 miles from downtown New York. From there, there are several options for getting to one of the New York neighborhoods.
Find out how to get to the city from John F. Kennedy International Airport ...

Getting around in New York

Getting around by car in New York

The car is not really recommended for visiting the different districts of New York. The traffic in the metropolis is very chaotic, parking spaces are rare and very expensive, especially in the streets of Manhattan. Traffic jams are numerous in the city center, especially at the exit of the offices. It is better to favor other modes of travel, such as the city's excellent public transport network. You will need the car instead if you plan to visit other destinations besides New York.

If you only have a few days in New York you will not have time to leave the city. If, on the other hand, your trip lasts more than 5 days, don't hesitate to rent a car to visit other cities near New York. You could visit places like Washington DC, the Niagara Falls o Philadelphia.

Niagara Falls are north of New York on the Canadian border, while Philadelphia and Washington are south of New York. 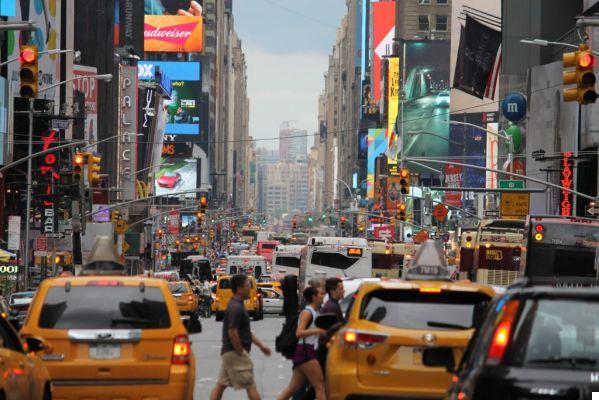 Getting around New York by car -

Getting around At New York by meter

Called the Subway (and not Underground as in London), the New York subway is one of the largest and most developed in the world and also one of the oldest (the first line was built in 1904).

The metro represents the cheapest and fastest way to get around New York.
The network has 24 lines and nearly 500 stations, runs 24 hours a day and is coupled to the bus network. Fast and safe, the New York subway makes it easy for you to reach your destination by following these tips:

Two main disadvantages of the subway are: 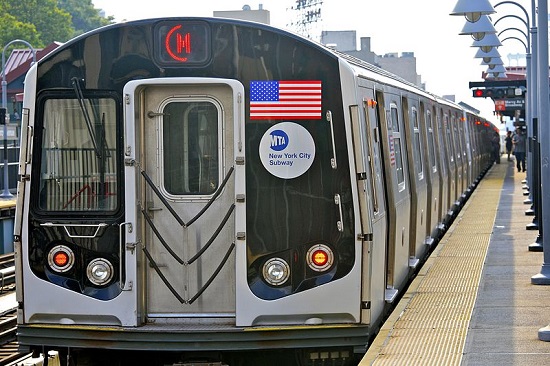 Getting around in New York by bus

An extensive network of bus lines crosses the different boroughs of New York and is coordinated with the subway system. Official site of the New York bus network

The bus network, unlike the metro, is much more extensive. Traveling by bus in the Big Apple is fun because it allows you to admire the city along the way. The buses are all air conditioned. Plus you can use the same Metrocard used for the subway. Very practical.

The disadvantages of using buses in New York

Discover the best tours of New York by bus ... 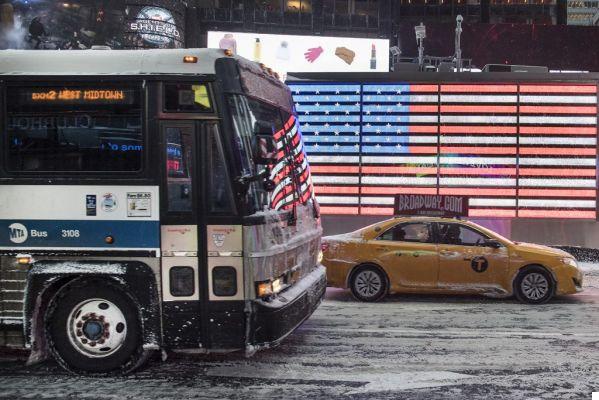 Getting around New York by bus -

Getting around in New York by taxi

Even if you use the metro, for the reasons mentioned above, you have to live the experience of yellow taxi, at least once during your stay. Official New York Taxi Site

In Spain, getting around a city for several days using only a taxi is, for most of us, inconceivable. Well, change your habits, because in New York it is very common. And, contrary to what one might think, it's not that expensive. The taxi allows you to fully enjoy the city while being much less tired.

The taxi has several positive sides:

Getting around to New York with Uber, Lyft o VIA

There are many New Yorkers who use car sharing services to get around the city. The best known are: 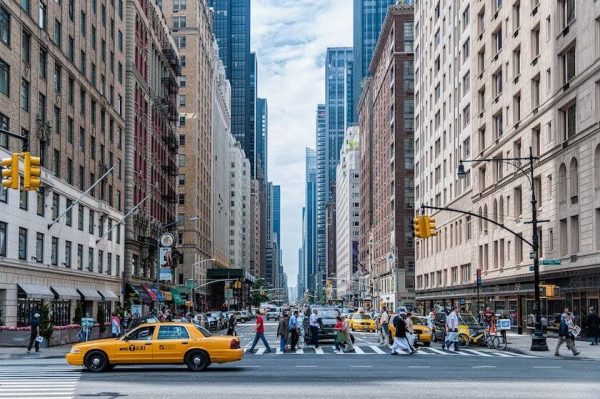 How to get around New York by bike

Cycling is another way to enjoy the city. With a bike in New York, you can see many things in a few hours, stop when you want to take pictures or visit a museum by leaving the bike in a restricted area. In spring and summer, the ride is beautiful.

Small problem: the pedestrian path is not necessarily available everywhere, which will require you to cycle on the road. If you are a family with children, in terms of safety, you rather prefer circuits with tracks. Find out more about how to rent a bike in New York ...

As in most major tourist cities, a hop-on hop-off bus system (2 decks) is available in New York.
For $ 60, you get an unlimited pass for 48 hours. There are several formulas to choose from (3 days…). You can book online i bus Hop-On Hop-Off a New York , which offers 2 tours, different packages and night tours.

How to get around New York by boat

Long shunned by New Yorkers and tourists, boats are once again the choice for city travel. Different companies share the different routes.

Discover all the tours and ferries available ... 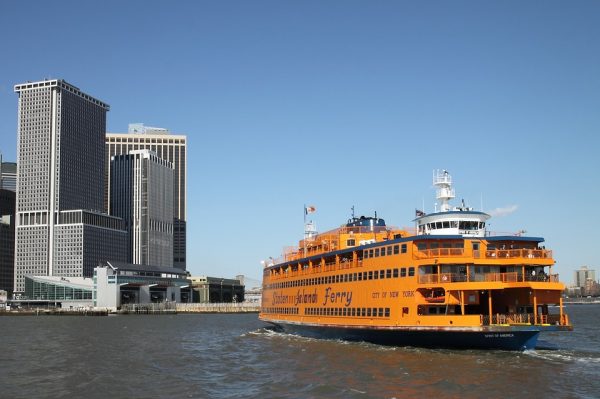 add a comment of Getting around in New York, the best means of transport