All the traditions of Christmas in Verona, from 13 December on the day of Santa Lucia and the banquet of Santa Lussia until Christmas day, read what to see and what not to miss during these holidays.

A Verona il Christmas begins to be felt very early. The city of Verona is dressed in lights throughout the historic center since November. The streets of the ancient city come alive with Christmas stars, in Piazza Erbe the lights make it snow, via Mazzini is colored with light and the warm atmosphere typical of this period. I must say that seeing my city decorated for the holidays is always an emotion. 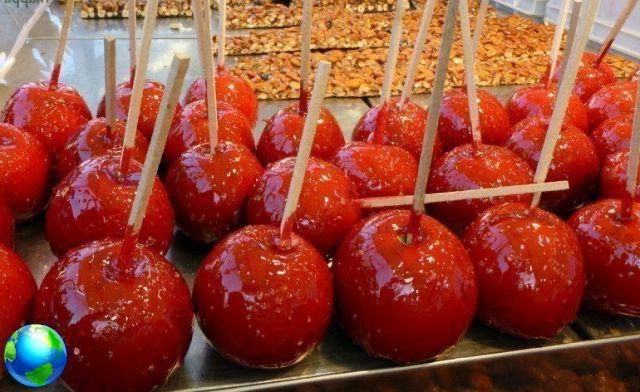 Verona is very active during this time of the year and its traditions begin with 13 December, day of Saint Lucia. Here traditionally it is the Santa who brings most of the gifts to the children, not the classic Santa Claus and it is typical for Veronese children to leave an empty plate on the evening of 12 December, only to find it full of sweets the next morning. For the occasion, the main square of the city, Piazza Brà, comes alive and fills with more than 300 stalls full of sweets, delicacies, handicrafts and vitality, known as the "banquets of Santa Lussia".

Moving into Piazza Dante instead, starting from the end of November and up to Santo Stefano, every year the city organizes the Christmas markets and turns into a small Christmas village. Children will be able to deliver their letters directly to Santa Claus and go to greet him in his little house in the center of the Loggia dei Signori, while adults can enjoy the mulled wine stands, focaccia, typical Nuremberg foods and chocolate or buy the latest gifts by choosing between decorations, handmade objects, and home accessories. 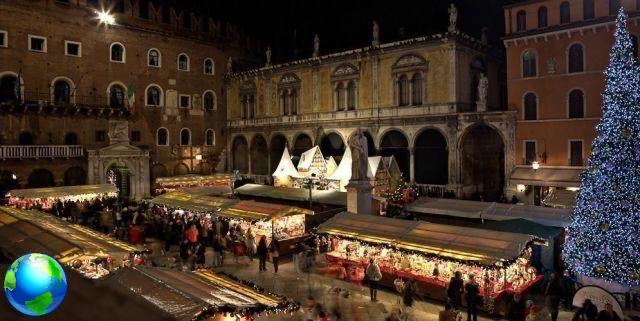 Bad Veronese traditions they don't stop there. The tables of the city every year are prepared by a classic: boiled with the pearà. A local dish that combines boiled meat and a thick sauce made of breadcrumbs, marrow, broth and pepper. How can we not forget the Pandoro?

This typical Christmas cake is said to have an ancient origin, Roman to be exact, however it was in 1894 that the Veronese confectionery company Melegatti filed the patent, from there to all Italian homes it was a short step. The city does not spare itself in this period and the Arena itself participates in the festivities by hosting every year a huge comet that starts from inside and lands in the square, one cannot fail to notice its grandeur as soon as you enter the center being always illuminated , of a pure white color and 70 meters high! 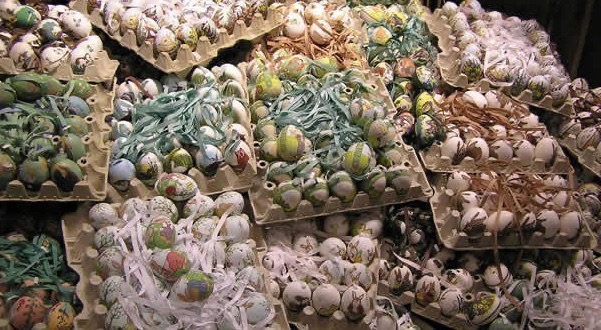 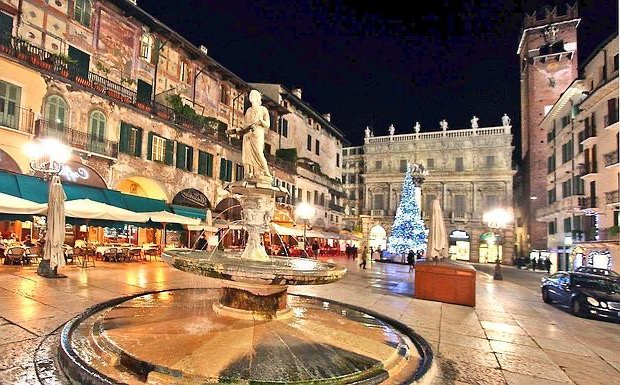 In the arches of theSand moreover, the International Review of Nativity Scenes in Art and Tradition is held every year, an exhibition that hosts more than 400 nativity scenes from all over the world, on loan from major museums or private collections.

If you are in town on Christmas days, do not give up attending the mass in Latin of the eve in Duomo of the city. Even if you are not the most religious, the atmosphere both during and after the service, especially if you are lucky enough to find a few snowflakes falling, is something magical. In addition, walking around the semi-deserted city at midnight to wish you a Merry Christmas over a good glass of Veronese wine and a slice of Pandoro will undoubtedly sweeten your holidays. What can I say, there is something for all tastes, the city of Verona during the Christmas holidays gives its best, offering its citizens and visitors a fairytale atmosphere worthy of the kingdom of Santa Claus.