Florence, capital of sacred art: the Divine Beauty exhibition and the new set-up of the Opera del Duomo Museum and a low-cost cumulative ticket, read the post.

THEHoly art is the dominant theme of the Florentine autumn, awaiting the visit of Pope Francis which will be in mid-November. This event was the spark to set in motion two important cultural events, the first already underway at Palazzo Strozzi, the second soon to be inaugurated.

The event already underway is the exhibition Divine Beauty, the new event of the Florentine art container par excellence. Divine Beauty carries a challenging subtitle: between Van Gogh, Chagall and Fontana, and keeps all its promises. It is an interesting exhibition of paintings, sculptures, ceramics on sacred themes faced by modern artists. The period considered is 1850-1960, the artists are Italian but also international. Many works are on loan from foreign museums, some of which are very prestigious such as White crucifixion of Chagall, or that of impressive crudeness by Guttuso or the small one Pietà by Van Gogh, which is also the image of the exhibition. 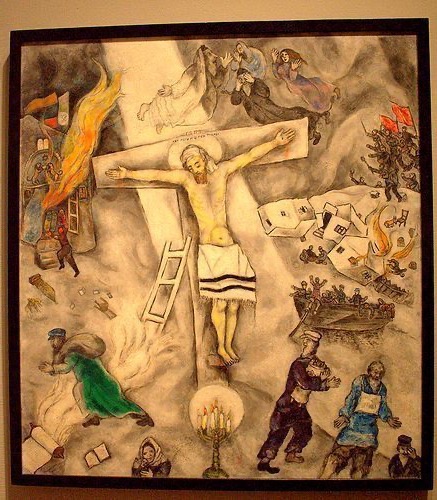 There are German expressionists and Italian futurists, the art nouveau colors of the Chini, the cut ceramics of Fontana. The exhibition is organized on themes, the life of Christ, Mary, prayer, the Church.

The works are however original and are well suited to the sensibility of today's man without indulging in religious pietism, with characters who, despite being known to us from the sacred iconography of the past, have traits of unmistakable modernity. In organizing its exhibitions, Palazzo Strozzi always creates itineraries in the city and in the Tuscany region, to ideally continue the visit. When purchasing the ticket, you will be given a booklet, which is a real guide to places and works of sacred art in Tuscany, from the mid-nineteenth century to today. 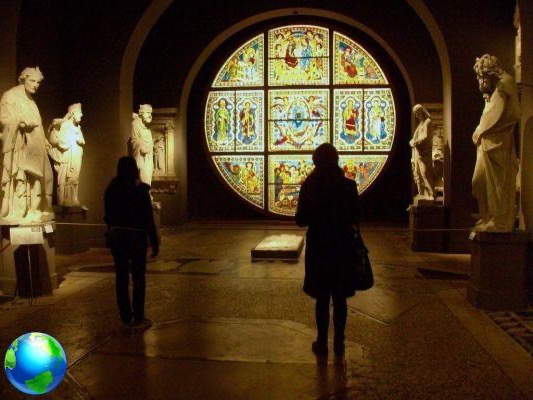 The Divine Beauty exhibition began on September 24th and will close without fail the 24 January 2016. It is open every day including holidays from 10am to 20pm, Thursdays until 23pm. The individual ticket costs € 8,50.

Expectations are very high for the reopening, on October 29, of the renewed one Museo dell'Opera del Duomo, which has been closed for a long time. The Museum has undergone a total renovation and a powerful enlargement; born to guard and protect the great building of the Florentine Cathedral of Santa Maria del Fiore, the Museum is mostly dedicated to the sculptures that were made for the Cathedral in the Middle Ages and the Renaissance. When you come to Florence in the next few months, consider not to miss this incredible factory for which names of the caliber of Donatello, Michelangelo, Lorenzo Ghiberti, Luca della Robbia, Arnolfo di Cambio, Andrea Pisano, Antonio del Pollaiolo, Andrea del Verrocchio and many more. 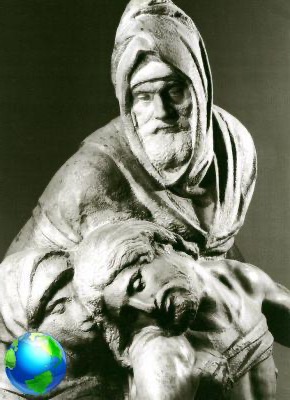 The Museum, once quite neglected by the average tourist, is preparing to compete for visitors with the most famous Uffizi and Accademia. The novelties that have been presented are very interesting, among these the most effective is the reconstruction, thanks to a large resin model, of the ancient facade of the Cathedral, built by Arnolfo di Cambio and destroyed in 1586 (please note that the current facade is the result of a competition held at the time of Florence Capital, and built in 1880). On that facade were placed the statues that adorned it and which were the work of famous sculptors of the late fourteenth / early fifteenth century: they have been relocated in their original position.

The exhibition spaces of the Museum will be new, from the huge room at the entrance (obtained from a former theater) to the numerous raised galleries, to the rooms that were already the body of the museum before these works.

There will be no shortage of stars or the best known works on the museum tour: the Maddalena by Donatello, completely restored wooden sculpture; the Prophets by Donatello, restored; there Pietà by Michelangelo, an unfinished work that the artist was making for his burial; the door of Paradise, the North door both very famous, both of the Baptistery, restored. 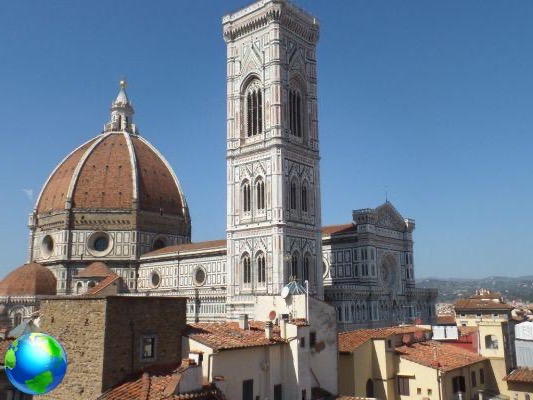 The two splendid Cantorie, created by Luca della Robbia and Donatello, so different in style and movement, will also have their own hall. And again a section dedicated to the engineering of Brunelleschi's dome, with wooden models made by him, because the wonders of the Florence Cathedral add up.

We will have to wait until October 29 to visit this new museum in Florence; remembering that from 1 November it will be possible to buy a ticket which combines the Divine Beauty exhibition with Opera Museum of the Cathedral + visit of the Baptistery cost of 12 Euros.

add a comment of Sacred art in Florence, combined ticket