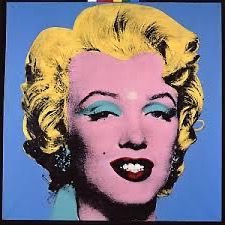 A good reason to take a tour a Milan in this period is the wide cultural proposal in this second half of 2013. In fact, many events are scheduled: art exhibitions, photography, film screenings and lots of music.

Two main events organized, the first is the one that has been baptized as #autunnoamericano, a tribute to overseas culture starting from two great artists of the '900 that have revolutionized the history of art and have forcefully entered the collective imagination of everyone: Jackson Pollock ed Andy Warhol.

Pollok's exhibition is already underway at Royal Palace and will remain open until February 16 2014, presents a vast collection of works by the artists of the New York school called “The irascibles”. We are in the 50s, the cultural ferment in America after the war is very strong and this group of rebel artists began to paint in an innovative and revolutionary way, creating what, from then on, was defined as action painting or "action painting. », In which the gesture acquires more importance than the final result.

It will instead be inaugurated on 24 October, again in Royal Palace, a monographic on the father of pop art: Andy Warhol, a much loved artist who has transformed everyday objects and famous people into icons of our time. Collateral to the exhibitions were organized series of meetings on the culture of the United States, musical tributes to Bob Dylan and Frank Zappa, film reviews and insights on the characters who have made the history of the American continent from the post-war period to today. The part dedicated to food will not be missing, in fact on the evening of Thanksgiving Days, on November 28th from 19pm to 21pm, at the end of the Palazzo Reale exhibitions, there will be a version tasting finger food of the traditional Thanksgiving dinner, offered by California Bakery, an authentic American pastry shop that has opened in different locations in Milan.

For lovers of opera and classical music, on the other hand, there are many appointments for bicentenary of the birth of Giuseppe Verdi, an Italian composer famous all over the world, whose arias are known even to the less experienced.


Over eighty events scheduled until next time January 27 2014. In addition to the music and operas staged at the Teatro alla Scala and the Teatro degli Arcimboldi, there are also exhibitions to pay homage to one of the most illustrious Italians of all time: four admission routes at Palazzo Morando, Palazzo Meriggia and the Gallery of Modern Art free to introduce the artist and his work. To bring even the less passionate to Verdi's work at the Museum of Comics in Milan, from 30 November there will be on display 100 years of illustrations and comics dedicated to the great genius of the 800th century.

So you are spoiled for choice to spend weekends and autumn evenings in Milan.

Audio Video Autumn in Milan between art and culture
Nepal, when to go and what to see ❯

add a comment of Autumn in Milan between art and culture