Assisi, 5 things to do and see

Assisi is one of the pearls of Umbria, perched on a rock spur of Mount Subasio. It is internationally famous for the splendid Basilica of San Francesco and is among the most popular destinations for travelers from all over the world. Most of the visitors who arrive in Assisi, however, limit themselves to admiring the frescoes inside the Basilica and taking a walk in the historic city center. But there is so much more! Discover the 5 things most beautiful to do in the city of San Francesco and Santa Chiara to enjoy an all-round Umbrian experience. 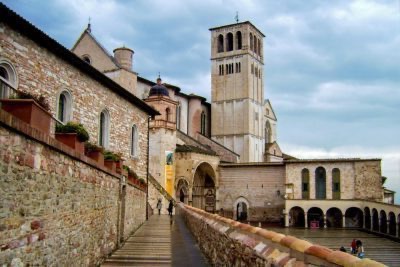 It is actually two churches: the Lower church is accessible from the Lower square, paved and with a large portico, built in 1230; there Upper church instead it is dated to 1253. The latter can be reached from the lower square through a comfortable staircase that leads to the Upper Square from where you have a magnificent view of the candid white facade of the Basilica, with its immense rose window and carved portal. 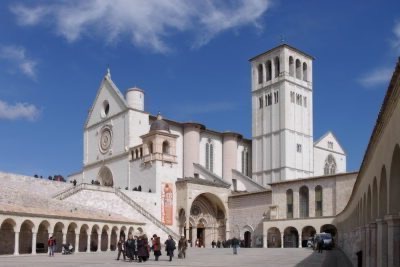 In the lower church there are the works of the major artists of the thirteenth century, including Simone Martini, Cimabue, the Lorenzetti, and obviously Giotto. This great painter also created the famous cycle of frescoes on the life of St. Francis which is located along the walls of the upper Basilica.
It is a splendid example of Gothic Italian that changed the course of the history of religious buildings: it anticipated the features of the Franciscan churches that would have been built from there to the end of the century.

A few kilometers from Assisi is this truly suggestive hermitage where St. Francis retired to pray. You can also reach it on foot in about an hour from the Roman Theater area. Already during the walk you will perceive an increasingly spiritual atmosphere, entering the vegetation of Mount Subasio. Arriving at the Hermitage you will find a small convent built above the cave of San Francesco, which can be visited, while scattered in the surrounding forest are numerous other caves of hermits companions of San Francesco, such as the cave of San Rufino and San Masseo. At the end of the visit you will feel truly in harmony with the nature that accompanied you up to there.


3. Trekking Ring of the Mortari

The Mortari Ring is a trekking route lasting about 4 hours on the top of Mount Subasio. It starts from the Stazzi car park, reachable in 15 minutes by car from Assisi. In the prairie in front of it stands the Colle San Rufino, with the traces of the ancient tower. There was found the Warrior of Subasio, a small bronze statuette depicting a warrior, dating back to the fifth century BC
The route begins by leaving the paved road to enter the vegetation. During the walk they meet sinkholes and sinkholes, emblematic traces of the karst nature of these lands, up to the best panoramic point of the entire itinerary: Cross of Sasso Piano. From here you have a splendid view from above of Assisi and the valley below. Continuing further you arrive at the Vallonica refuge and then conclude the itinerary by returning to the Stazzi car park. 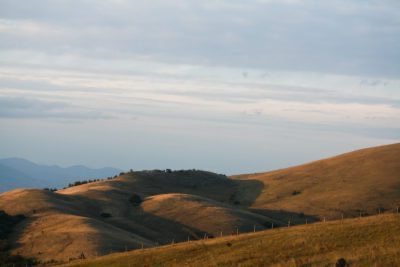 4. Paragliding in the Park of Mount Subasio

An incredible experience is to parachute from the slopes of Mount e fly over Assisi to land a little further away. The magic of this city is also perceived from the sky, carried by the wind, and by a skilled instructor! You will not believe your eyes: a short run will suffice and you will find yourself in the air, in silence and in a dream setting, perhaps at sunset.
On the Monte Subasio Park website you will find all the information you need to experience this exceptional emotion.

Why not spend a special day hunting for truffles? If you are staying in farmhouse it is easy for you to be made such a proposal. Seize it on the fly to accompany a truffle hunter authorized and his dog in a typical day of theirs in the woods of the Apennines and perhaps conclude with a flourish with a good one typical dinner, to taste the fruits of your work. The truffle hunter will reveal to you all the secrets of his trade and will teach you to enhance the particular flavor of this mushroom that grows underground.

Audio Video Assisi, 5 things to do and see
Seville walking tour, what to see in one day ❯

add a comment of Assisi, 5 things to do and see