Not just clubs, much more than parks: Le Serre and Cavaticcio are real multifunctional spaces, incubators of ideas for your summers in Bologna!

Summer a Bologna it is hot, you know, for this reason the ideal in the evening is to relax in some slightly cooler spaces in the city center. But these are not just any spaces, they are parks, real open spaces, which are also beautiful trendy places. 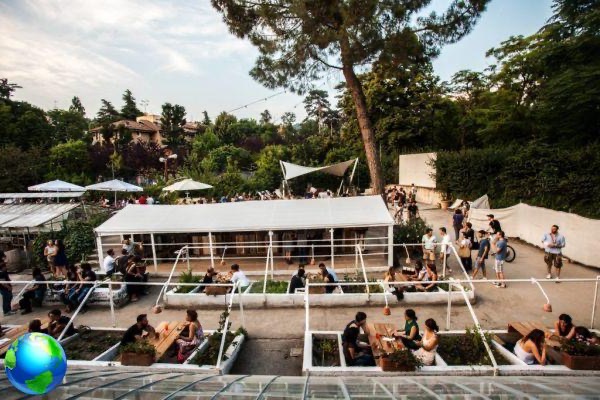 In particular, and I'm talking about my favorites, it's about Greenhouses of the Margherita Gardens and Cavaticcio Park.

The greenhouses of the Margherita Gardens

In the corner overlooking via Castiglione, Le Serre dei Giardini Margherita is now a very pleasant open-air space, managed by the association Kilowatt which has upgraded it since 2015. Kilowatt, more than an association, is a cooperative and an incubator of ideas, operating in the social, circular economy and communication sectors.

In fact, they were not always what they are now but, until a few years ago, they were a long-abandoned public space. Now they have become one multifunctional space super cool, as well as a place of aggregation and fun for the Bolognese.

First of all, the main reason to go to the Serre, as they are called by the Bolognese in short, is the beauty and uniqueness of its spaces, immersed in the heart of the Margherita Gardens, the main park in Bologna, which runs along the city center. As you will see inside it is really a former greenhouse, full of particular plants and tables immersed among them.

Moreover, very importantly on hot summer evenings, it is a point where, miraculously, despite being practically in the center, the temperature drops and in the evening you can enjoy a pleasant breeze.

Le Serre, in addition to the classic bar where you can order great drinks and some organic specialties of the house, it has its own restaurant: Glass, which focuses on sustainability, on healthy food and, obviously being in a vegetable garden / greenhouse, on vegetarian food. And, even if you don't like vegetarian food (I wouldn't be), you will be amazed by the goodness of some of their particular dishes. The doses are not very abundant, so order more than one thing, but the quality of the cuisine is high.

In addition to its nature as an aperitif venue, restaurant and venue for very different public events, Le Serre is also one space dedicated to coworking, with a section dedicated to educational services called Kilowatt Baby, a community called gArten which manages the garden, a particular event space inside the Lion's Cage and a now stable summer festival called Kilowatt Summer.

A curiosity. The so-called Lion cage it is a historic structure located in the Margherita Gardens, right at the entrance to the Serre. The name, which may seem particular, derives from the fact that, until the 80s, this environment housed a mini zoo that had, inside, not one but two lions. 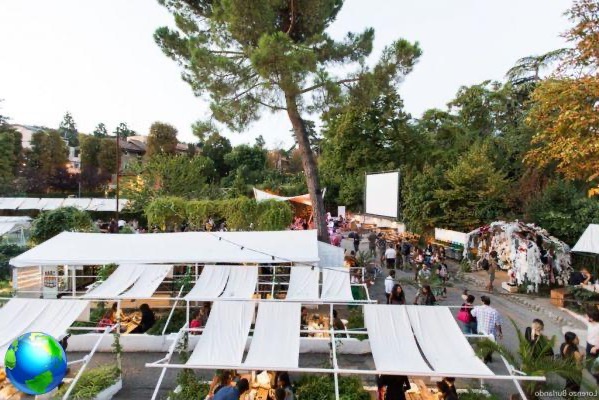 Le Serre currently has a calendar of cultural events that lasts all year round, with the summer climax of the aforementioned Kilowatt Summer. And among other things, you will find live shows, concerts, film and documentary screenings, markets dedicated to vintage and crafts (see the Capsula Design Market), festivals dedicated to social issues and much more.

However, for me the best thing about the Serre is that, regardless of their nature as a place or restaurant, they remain one open space where you can go, even without ordering anything, and stay there to read, study or simply relax on one of the Bibione-style beach chairs.

The greenhouses have two access doors, one directly from inside the Margherita Gardens in via Polisci 9 and one outside from via Castiglione 136.

And if Le Serre is now a real place, the Parco del Cavaticcio is something different, something much more temporary and in the making.

The Cavaticcio, in short, was inaugurated in June 2011, the result of a project that is part of the redevelopment of some urban areas that involved the area of Arts Manufactory. 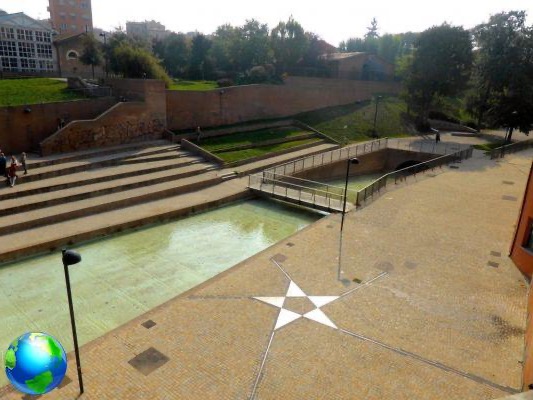 La Arts Manufactory is a Bolognese area that extends over about 100 thousand square meters in the heart of the city and which, from the Renaissance period until the nineteenth century, was established as the port area of ​​the city, as well as a mercantile and manufacturing epicenter.

It is now a cultural district, which saw its complete completion in 2011 with the recovery of the Cavaticcio Park.

The park is at the back of the Mambo, Museum of Modern Art of Bologna and a stone's throw from the cultural space of the Cineteca. The redevelopment project led to restore the park with the configuration of the old port of Bologna and therefore with the uncovering of the Cavaticcio canal. In parallel, the green space was redesigned.

In a short time the Cavaticcio has therefore become an open cultural space as well as a meeting place for the days and summer evenings of the Bolognese.

Reviews and Festivals in the Park

The highlight of this space is the Biografilm Festival which takes place in June, promoting independent cinema, with the accompaniment of DJ sets, electronic music, indie and culinary delicacies kiosks.

In parallel there is also the Biografilm Park: this review contains various events and shows, especially musical, right at the Cavaticcio. This musical review every year offers various concerts that combine the best of Italian and international independent and alternative bands. 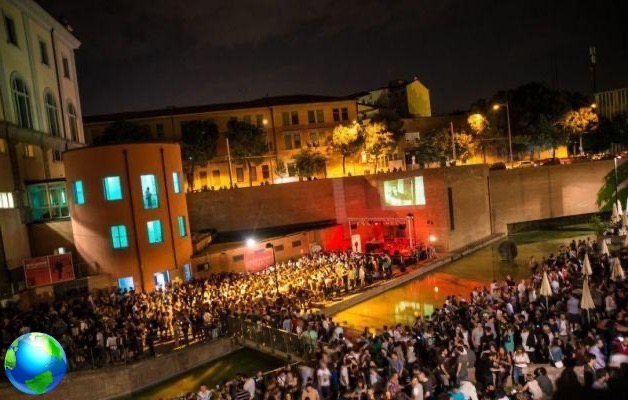 After a few successful years, today it is practically a cult place of the summer, a park where you can relax which is at the same time an ideal space for an aperitif, to taste special foods and to listen to a pleasant concert. Every summer it now offers a program full of evening events, a space dedicated to food truck, or containers that offer delicious foods from all over Italy (but also from other countries) and many afternoon activities, also for children and teenagers.

Both Serre and Cavaticcio are for me the two essential destinations of the Bolognese summer, between aperitifs, food and relaxation.

add a comment from Where to enjoy summer evenings in Bologna: two summer clubs