Where to eat sea urchins in Aci Trezza

One of the problems that arises when it comes to Aci Trezza, after having gone around the place, which never lasts more than 3/4 hours at the most, having taken a bath and having seen the Lachea Island, is "now where do we eat"?

Like any place small and somewhat touristy self-respecting, even Aci Trezza has its recommended places and others mount less. Just take a trip on Tripadvisor to see that there are so many restaurants that are, let's say, a bit of a money-maker. I must say that in many of those I saw before deciding to enter what would later become my place for lunch, I found the voice of the covered at over € 3 per person. A real steal. 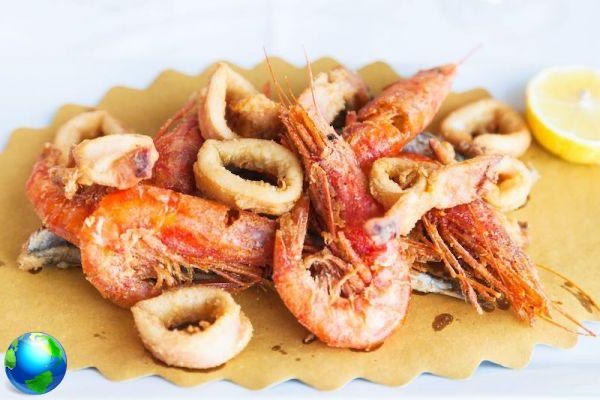 Despite everything, I ended up in a place that had the same problem, the high cover charge because actually if you don't want to grab a sandwich and eat it on the beach, but want to try some local cuisine, this is the average price for the cover. I found instead in this place that I have chosen, a lower price for the first courses, even if they are expensive.

The place I have chosen is called Lachea Pizzeria Restaurant, quite simply. It is located in the main square of the town of Aci Trezza, in Giovanni Verga square at number 1 and you will recognize it immediately, even from a distance because it has green curtains on the second floor. The restaurant is in fact located on the second floor, at the entrance you will find tables but no one to welcome you, you have to go up the stairs and then you will be greeted by the waiters. The great thing about this place is the view, directly onLachea Island, I can assure you, a show! 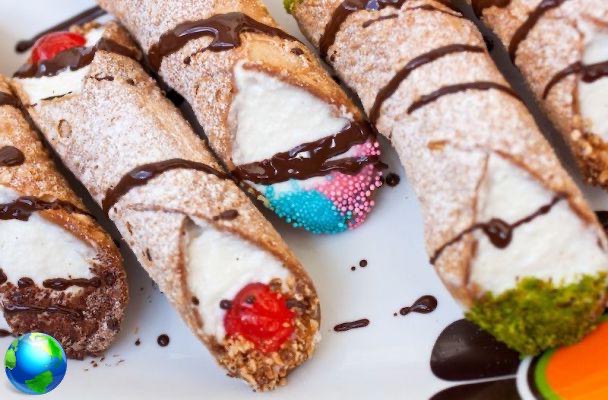 Unfortunately, if you don't book, you might even find yourself not having half a view, otherwise make sure you book immediately once you arrive in Aci Trezza, perhaps passing in person, to get the best table. Or call before you go;)


The service is a bit slow but nothing over the top. The first and raw fish are they exceptional, and how could it be otherwise? The first fish with sea urchins I took was divine. I couldn't even take the pictures as they were good. Instead, I photographed the other dish, spaghetti allo scoglio, delicious too. 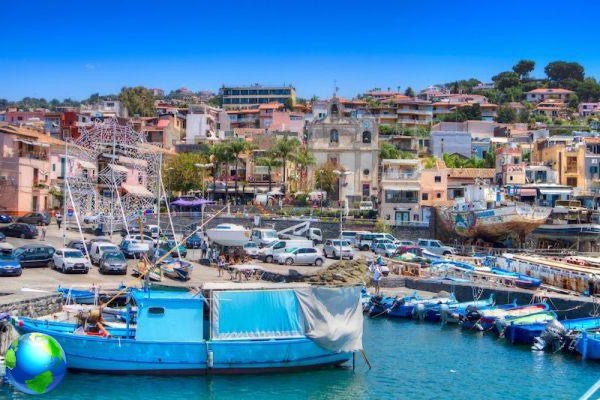 Il first of sea urchins it was € 15, while spaghetti allo scoglio € 12, but I assure you that the other restaurants were more expensive. The bill on the whole was fair. I must say that eating fish here, with this view, was an experience that I would certainly do again, even at the cost of spending a little more.