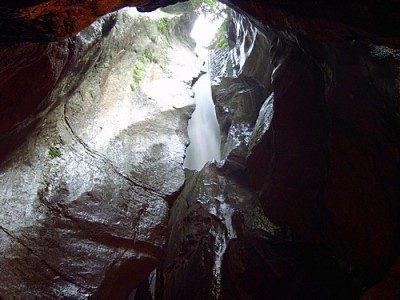 A 3km from Riva del Garda, on the northern tip of Lake Garda is the Varone waterfall. Inaugurated in 1874 the waterfall takes its name from the village of Varone which is located near the valley under which flows the Magnone stream that springs from Lake Tenno.

Le excursions that there is to do in this part of Lake Garda are different. You can go to Lake Tenno, the San Pietro Refuge or Lake Ledro, or just visit the Varone Waterfall. During the months of November, December, January and February the waterfall is accessible from 10 to 17, in March and October from 9 to 17, in April and September from 9 to 18, while during the warm months, May, June, July and August, the Varone waterfall is open from 9 to 19.

add a comment of Varone waterfall in Riva del Garda, info and timetables