Low cost Lapland, the do-it-yourself trip to Costanza, with lots of tips and insights to spend a pleasant holiday in the land of ice. Read and learn more before leaving for a low cost holiday in Lapland.

Go to Lapland without being robbed by a travel agency you can. You may also be tempted to think that perhaps not all is true when they tell you that packages are the only way to enjoy certain types of holidays, more "difficult" and difficult. Those that go against the conservation of the species, some would say. For example, to most people it might appear to go against the conservation of the species, decide to go in Lapland on New Year's Eve. As well as in the Sahara in August. In my humble experience, I feel that this is not the case. That you can, for example, decide to go to Lapland alone at the end of December, and return whole in body and refreshed in spirit. 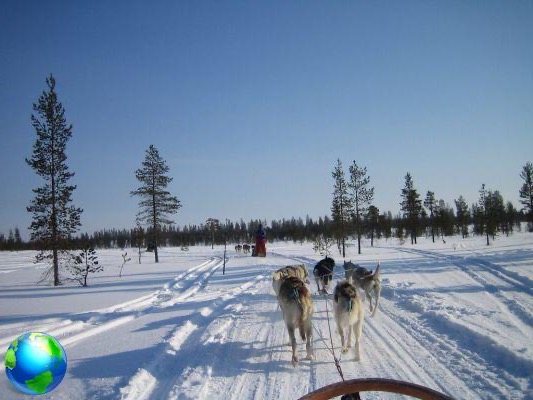 Even rejuvenated in the skin, when you consider the temperature. The important thing is: 1) Not having at all costs the fixation to fly to Lapland; 2) Realize that, ok it will be cold, but we will cover and no one will be able to prevent us (fear of cold must not generate panic. And panic must not generate organizational paralysis); 3) To realize that gods exist in Lapland too Bed & Breakfast relatively cheap; 4) Don't be afraid of the dark; 5) Do not believe (at all) in that bizarre business of perennial darkness; 6) Make just a simple concept, alien to us: even with snow and cold (and here we are talking about the "real" ones) trains they can go. And arrive at the scheduled time. 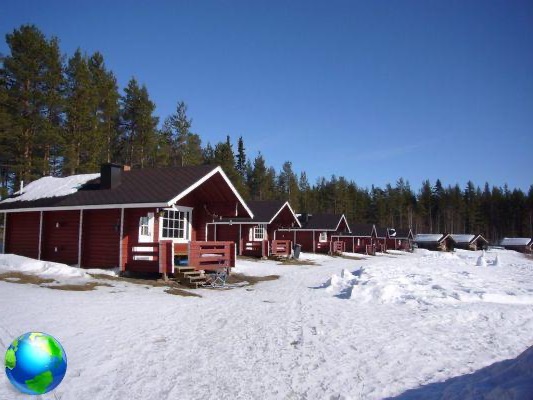 Keeping the above points firm, considering that Lapland is connected to Helsinki not only from daily flights, but also from trains, a world begins to open up. A tip to save between travel and overnight stay?

Take the night train Helsinki-Rovaniemi. Transfer + overnight stay in a single rate. And you don't know what panorama (which you can only glimpse in the dark) awaits you. Definitely better than the plane, in many ways. Those who arrive in Rovaniemi by train, for example, also have a pleasant surprise: that of not understanding, once they have crossed the threshold of the station, if they are, in fact, in a station or in a room of a kindergarten: the Rovaniemi station that's it, a little naive. An environment halfway between the kindergarten and the little house of the seven dwarfs. When you cross its threshold then you understand that you are really in a land very far, in many ways, from ours. Especially if you think back, to cite an example, of the Bologna train station and its users. At Rovaniemi station, at most (you think), you might be harassed by an elf with an identity crisis. Or be pickpocketed by a particularly fast reindeer. 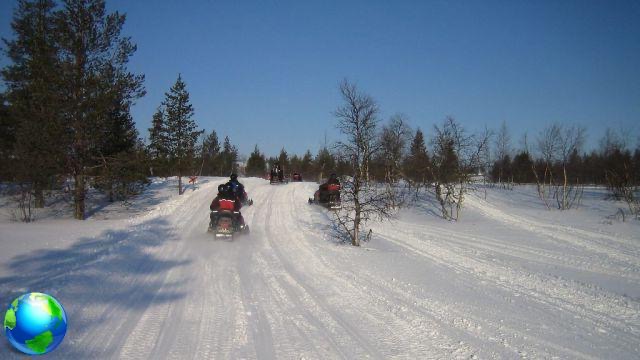 The cold in Lapland is harsh, yes, but definitely better than the cold in the Bassa. We're going to -27 without realizing it. It is a fair cold: if you cover yourself you don't feel it, but it doesn't forgive you if you take it under your feet. But after all ... why take it lightly?

There are some nice bed and breakfasts in Rovaniemi, immersed in the woods (or in any case outside the horrid center, from the gigantic Soviet-style hotels - where package hotels stay), in truly characteristic cottages. I can recommend, from personal experience, the Bed and Breakfast Aaria: excellent. To book the excursions, you are spoiled for choice: whatever agency you rely on, however, know that this is the least cheap part of the trip, for reasons that you will soon understand (for example, the rental of NASA-type suits, to shelter from the cold, it certainly cannot be sold off). 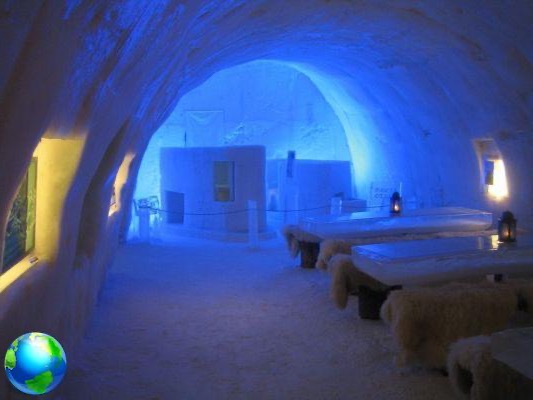 E let's also dispel the myth of the perennial night. Or rather, that of the night that generates depression in the tourist: the Lapland in Winter is a swarm of lanterns, torches and candles in the woods, in the windows of small wooden houses scattered here and there. Sometimes you see the Northern Lights in the sky, with its streaks of green. Given the ugliness of the center of Rovaniemi, however, it is almost to thank for the perennial night. Which, to tell the truth, it's not really perennial: I saw in Lapland one of the most beautiful winter skies of my life, skies in an eternal twilight, even at eleven in the morning. Colorful skies, blue-blue streaked with red and orange, in an out of hours sunset, where the sun never turns yellow. In January, I saw more sun in Lapland, once I returned to the mists of the Po Valley fogs… Those, yes, truly eternal.

Staying at the Scandic Paasi Hotel in Helsinki

From Tallinn to Helsinki, all ships and prices

At 21, experimental Nordic cuisine in Helsinki

add a comment of Do-it-yourself Lapland in Winter, flight, train and accommodation