Vivid, the Festival of Lights in Sydney


Sydney Vivid, the festival of lights that has been taking place in the Australian city for years now. How does it take place and what are the attractions not to be missed? Read the post.

Vivid Sydney It is an unmissable event for those who live in Sydney, which has been repeated every year in the austral autumn for 7 years. The first festival in fact saw the light in 2009, when the main purpose was to stimulate reflection on energy efficiency, illuminating the city of a thousand colored lights. 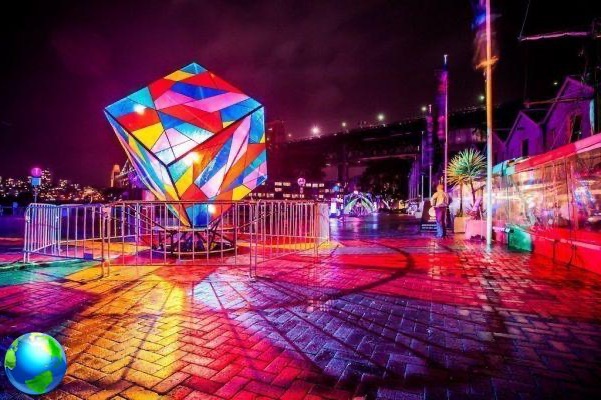 Since 2009 Vivid has certainly grown, and the projections of lights have been accompanied by interactive light installations, conferences and concerts, so much so that today the event consists of 3 main aspects, Vivid Light, Vivid Music and Vivid Ideas. 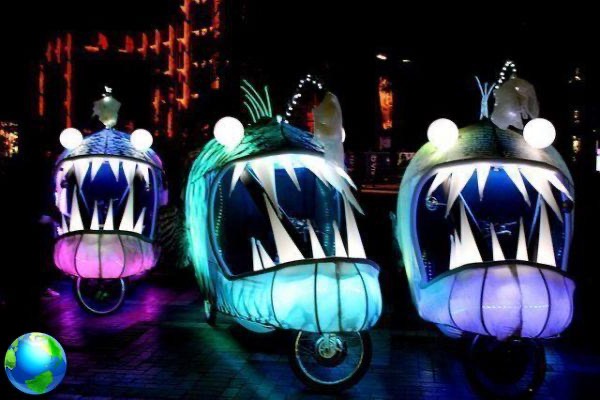 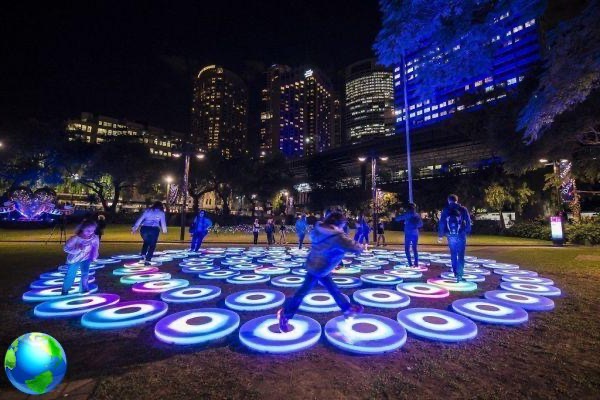 The Vivid Music program includes a Bjork DJ set, dance events, and performances by international artists, some of them at the Opera House. Some events are free, for others the price varies and starts at around $ 15 AUD. 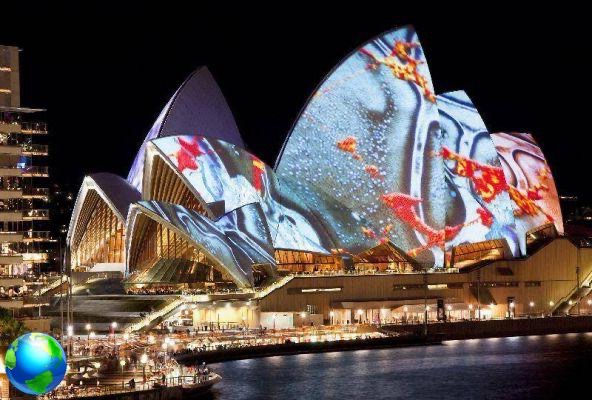 The main attraction remains the projection of colorful moving images on Sydney's main landmarks, including the majestic Opera House, Harbor Bridge and the Museum of Contemporary Art. Over time, the event has spread to numerous areas of the city, including Darling Harbor, Martin Place, The Rocks, Central Park and the Sydney University area, up to the Chatswood neighborhood in the north of Sydney. 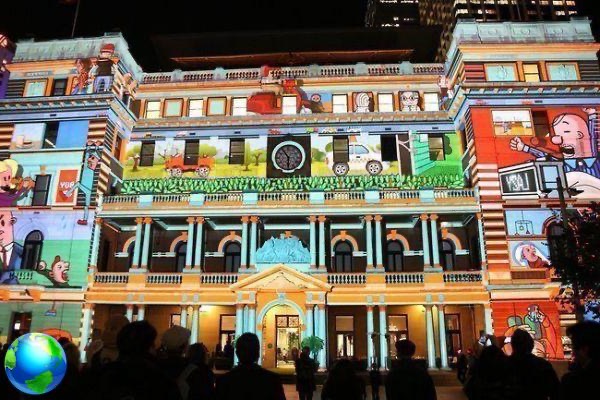 What not to miss

In the lighting of the'Opera House 6 aboriginal artists will be involved, Karla Dickens, Djon Mundine, Gabriella Possum, Reko Rennie, Donny Woolagoodja and Gulumbu Yunupingu. Their project, Songlines, aims to illustrate the connection between earth, sky, time and distance. The Darling Harbor area also participates this year with a water theater, where music, light and water dance together for an unforgettable show featuring dragons. The roof of the Maritime Museum instead it will be illuminated by projections of underwater creatures. 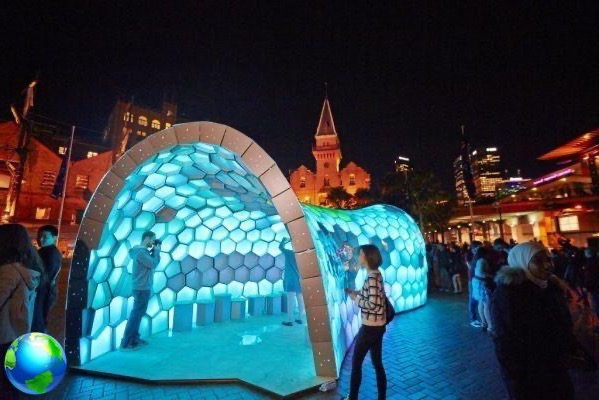 This year, for the first time, the Botanic Garden and the splendid Taronga Zoo.

The Botanic Gardens celebrate this year i 200 years, and with the occasion they give us two magnificent performances for Vivid, Cathedral of Light, with illuminated trees and passages with a thousand lights, and Rainbow Dancers, an interactive installation. The Taronga Zoo also celebrates an anniversary, its first 100 years, and the first participation in Vivid, with giant lanterns in the shape of Australian animals such as the echidna and the platypus. 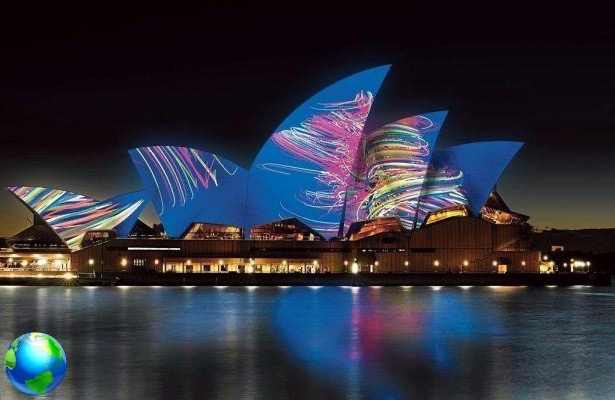 Vivid Light is a free event, and most of the monuments and installations can be visited without a ticket or appointment. However, visiting the Taronga Zoo incurs a fee of $ 17.95 AUD.

The lights and projections start from 6 in the afternoon, until midnight.
The event, organized by Destination NSW, the body that deals with promoting tourism in the state of New South Wales, will be held from May 27 to June 18. For more info, the vividsydney.com site provides a complete list of events.

Audio Video Vivid, the Festival of Lights in Sydney
Las Vegas, the craziest and most photographed hotels ❯

Getting around Sydney with ease

add a comment of Vivid, the Festival of Lights in Sydney