In the vicinity of Lajatico you can discover an open-air theater, immersed in a wonderful natural context: the Valdera, in Tuscany.

Silence Theater: what a beautiful name for an open space, which can welcome spectators under a sky full of stars. And how beautiful the natural context in which it is inserted, in Valdera in Tuscany, near the characteristic village of lajatico.

Lajatico, the town of Andrea Bocelli

Does this name tell you something? Yes, Lajatico is the original country of the tenor Andrea Bocelli. Everything around here speaks of him, the posters hanging in the street, some places that sell products from the Bocelli Company, the large photos illustrating the charity actions carried out by the Andrea Bocelli Foundation (ABF) especially in Haiti, and then the Theater of Silence.


Origins and structure of the Teatro del Silenzio

A magical place, created for opera singing performances, but a show itself.
It is located just outside Lajatico, immersed in the hills of the Valdera which at this moment give their best: an ocean of uninterrupted green.

The Theater of Silence was created in a kind of natural basin which lent itself well to accommodate a stage and steps for the public.
This space was inaugurated on July 27 2006 and was created by the will of the singer. All completely in the open air.

The stage, bordered by large granite blocks, is in fact a pond: a body of water in which frogs sing, surmounted by a sculpture.
On the net there are many images with the mask of Igor Mitoraj, but currently the sculpture that is there represents a succulent and very red chilli pepper.
The place is extremely suggestive and can be visited without paying a ticket.

The shows of the Theater of Silence

I really like that it's called Teatro del Silenzio: definitely the loudest noise that is heard 364 days a year is that of the blowing wind, given that the notes resound among these hills only once a year - in the summer of 2018 exceptionally twice - on July 28 (but the show is already sold out) and in reruns on July 30: Andrea Bocelli will interpret the opera Andrea Cheniér.

Why visit the Theater

This place fascinated me, and although I know that it will hardly be possible for me to be present at the show, I like to point it out to all those who in these spring days have decided to put Tuscany on their list: certainly a little known place, but which is worth seeing for its particularity, for the beauty of the surrounding landscape and not least because Lajatico is really pretty.

The town is enriched with curious details: shop shutters transformed into murals, recesses in the wall that like a frame enclose scenes painted by an artist, decorative panels that adorn the wall of a hairpin bend… I enjoyed discovering all these works of art. In summer, all these artistic and cultural activities "explode" and the village comes alive, with shops open even at night and activities that move to the street.

What to see in the surroundings

For a spring trip, however, I would like to point out that a few kilometers from Lajatico there are other places to see: Volterra, known Etruscan city; peccioli (if you have children) where there is a prehistoric park in which several life-size dinosaurs "live"; Montaione, already in the province of Florence.
All these villages have one feature in common: they are surrounded by landscapes of a poignant beauty.

As for Lajatico, on the other hand, waiting for the summer, do as I do and stop for a bite to eat at Maramaldo, in the "peripheral" area of ​​the town called Borgo and which really looks like a fairy tale place, with colorful houses full of flowers, glimpses of the green hills and silences of other times.

At the Il Maramaldo restaurant you can eat Tuscan food served with kindness: mixed croutons, cold cuts, fried vegetables, tagliatelle, cod ... The owners also manage a 4-room bed and breakfast in the same building as the restaurant. 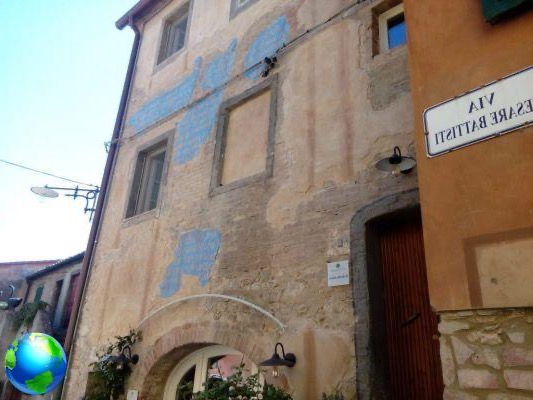 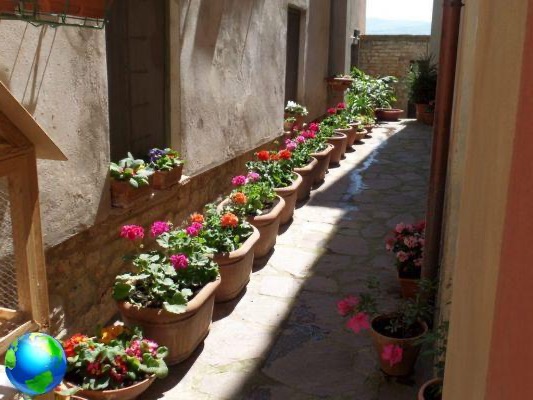 Audio Video The Theater of Silence by Andrea Bocelli
In Campo di Giove, in Abruzzo, what to do ❯

add a comment of The Theater of Silence by Andrea Bocelli