Salerno and the Christmas traditions

What do we bet? We have just returned from the summer holidays but it will not take long for the TV commercials to tickle our eyes and throat with the latest gastronomic proposals based on Christmas panettone.
I was born and lived for several years in central Italy and, thanks to close relatives scattered in various regions, I was able to get to know very different Christmas traditions but, let me tell you, it is in the region where I live now - the Campania region - that the relationship food, traditions and Christmas festivities is the tightest, most intense and "exasperated" I have ever seen. 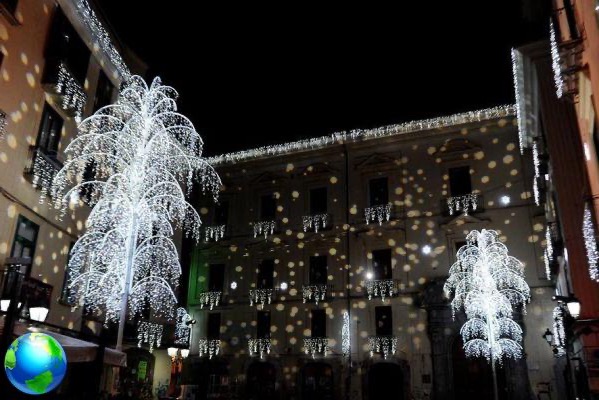 Down here it doesn't matter if you have a religious affiliation or not: what happens during the Christmas holidays, for example in the city of Salerno, is a swarm of activity handed down directly from old customs both in the culinary and symbolic-cultural fields.
Customs that have been perpetrated thanks to the desire to cling to the family and surround oneself with the dearest affections; which allowed the older members to tell, transmit and hand down the most peculiar Salerno celebrations.

These traditions sink their history and their feelings in an anthropologically "peasant" past, a past never quite past but still alive and firmly rooted (perhaps even unconsciously) in many of the actions of which we perhaps ignore the real meaning. It is undeniable how these actions have the scent and charm of ancient customs. 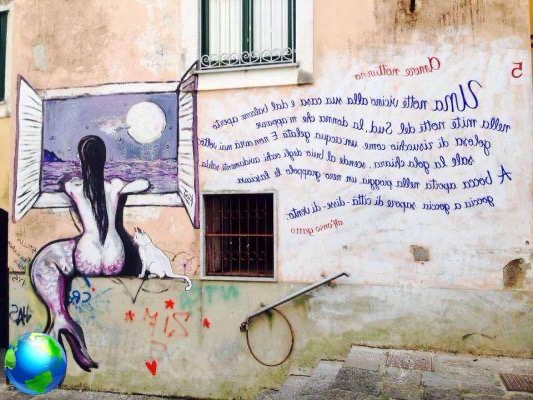 In fact, before talking about the Salerno traditions at the table, I wanted to reveal some curiosities about the material traditions, those that refer to the ancient folk beliefs such as the custom of "Christmas log”Still practiced today in some areas of the province of Salerno and in various Italian regions.

The scene is this: large patriarchal families and large houses with imposing and old fireplaces lit on Christmas Eve. The main actor is a log, preferably of oak, previously chosen with great care and in such a way that it had certain requirements of compactness, uniformity and considerable size. The log was placed in the center of the fireplace on Christmas Eve with the family gathered on their knees around the fire. This was the solemn moment in which a sort of collective blessing was asked for goods and people. Only then did the eldest head of the family set the log on fire, an action immediately followed by an exchange of good wishes. A slow burning and a long duration of the stock was a sign of great auspice and benevolence. 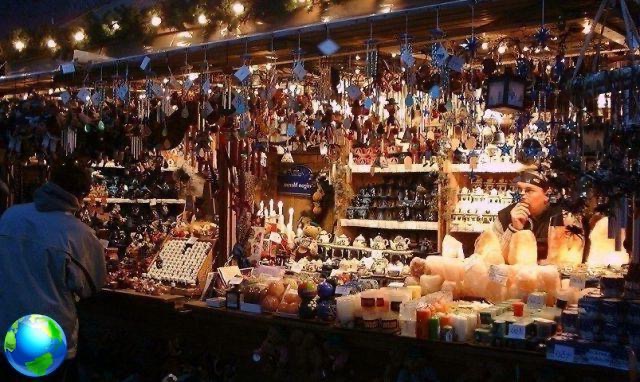 Another tradition deeply felt in the Salerno area is the crib: be it traditional, Neapolitan, poor or Arab, the nativity scene is the most heartfelt representation of Christmas in Campania, perhaps more than the pagan ritual of tree decoration. One more curiosity: an ancient legacy has it that during the Christmas holidays, in particular the day of Sant'Aniello, pregnant women should absolutely not go to church or handle scissors, blades or knives. Otherwise, the belief has it that the unborn child is even born without limbs!

And Christmas in Salerno at the table?
It is undoubtedly the Christmas Eve Dinner that is the most heartfelt moment even if, in fact, as happens a little throughout the South, families almost do not get up from the table making one with breakfast (for the category of without-bottom) and Christmas lunch. Absolutely unchanged and handed down over the years is the Christmas Eve menu, mainly fish. 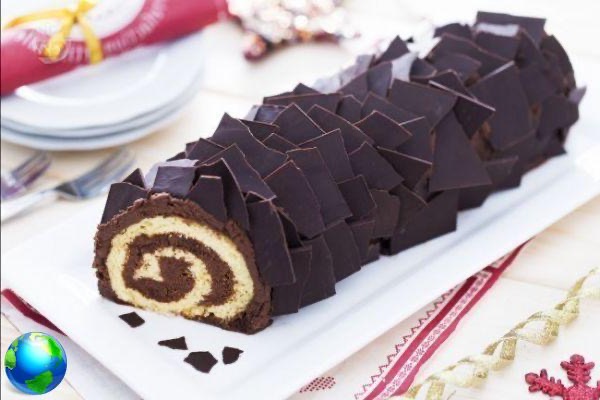 To open the dance, a glorious reinforcement salad consisting of olives, peppers, cauliflower and other pickled vegetables, followed by “Christmas broccoli” and seafood salad.
For centuries, the first course has been strictly white spaghetti with clams, as required by an ancient school of thought; the second ranges from cod prepared in all sauces (fried, with pupacchielle, salad) and fried capitone or eel, followed by frying (again!) of shrimp and squid. From salty to sweet with a worthy closure based on scauratielli, that is Christmas zeppole prepared only with water and flour subsequently fried and passed in honey, or the cazuncielli a sort of stuffed ravioli with a dough made from chestnut flour, rum and chocolate, all - guess what - fried.
This is the official "base" menu; in reality, the wait for midnight is further deceived by accompanying it with a centerpiece full of dried fruit of all kinds and small typical sweets such as mustaccioli, susamielli, roccocò, torroni etc. During this continuous "mangiatòrio" we tell stories, legends, we play the traditional bingo, cards or, for the most impatient, we begin to unwrap gifts.


With the tablecloth still on the table, the following day the Christmas marathon begins again with appetizers based on sausages and cheeses, first courses of baked pasta and second courses of lamb. In addition to giving bottom to the remains of the Christmas Eve dinner, the Salerno Christmas lunch ends, as per the best tradition, with the Christmas log a typical dessert made with sponge cake, cream, chocolate and with the nice shape of a tree trunk, with clear reference to the aforementioned custom of the stump. 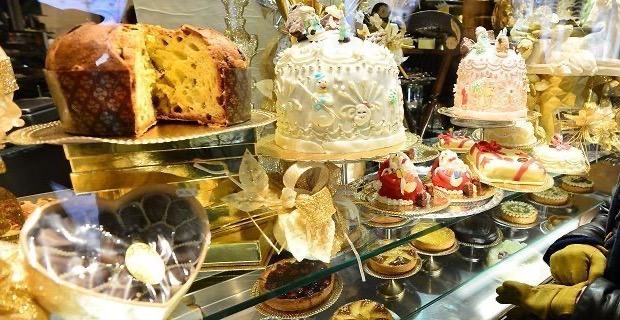 Taken by remorse, on the third day of the celebrations or Santo Stefano, the Salerno grandmothers usually prepare the course that we could define as the scapegoat of the Christmas holidays: a nice purifying broth based on meat and vegetables that inexorably “adds” to the tons of food left over from the previous days.

Having lived in Campania for several years now, I have learned to know and understand this close link between overabundance and holidays: it is an excuse, a mere excuse to stay at the table and prolong the conviviality for as long as possible, in joy and family harmony.
Yes, the family harmony of Christmas lunches… but that's another story!

Audio Video Salerno and the Christmas traditions
Singapore Airlines, travel to Asia with the family ❯

add a comment of Salerno and the Christmas traditions