Singapore Airlines, travel to Asia with the family

Singapore Airlines is a family-friendly airline, an airline with which to travel with the family and with even small children. Here is the story of my experience from Madrid to Singapore and back in economy class.

Traveling with Singapore Airlines it was a great flying experience. I have traveled with many companies, but in fact with few it is possible to fly in economy class as if you were in a higher class. The services of Singapore Airlines are interesting, both for adults but especially for the little ones, who are often less used to traveling and for this reason they need a lot more attention.

I must say that during the 14 hours of flight from Madrid to Singapore on the way out and from Singapore to Madrid on the way back, we have always been busy watching movies, playing games, listening to music or pampered with meals dedicated to us and various services. During the meals, what impressed me most was the service: fast and efficient, with friendly and attentive hostesses and stewards. 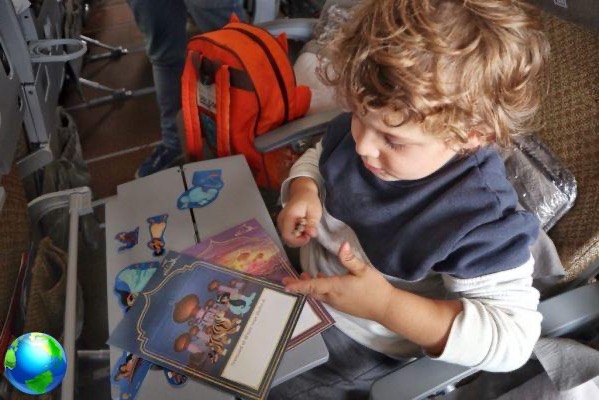 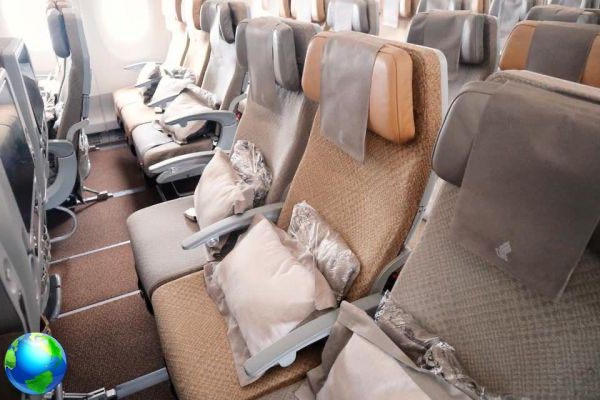 As soon as we got on board, in addition to the business class, families are the first to get on board, we were greeted by a very kind hostess who brought us a game kit dedicated to the Disney cartoon Aladdin. But that is not all. After the passage of the hostess with the typical warm Asian cloth to wash her hands, the service of the meal has begun, which I will talk more about later.

But what are the services for the little ones? There are many and they are useful, both for parents flying for the first time with a baby or a little older child, but also for children who are used to traveling. There the difference with other less family-friendly companies is evident even in small things. 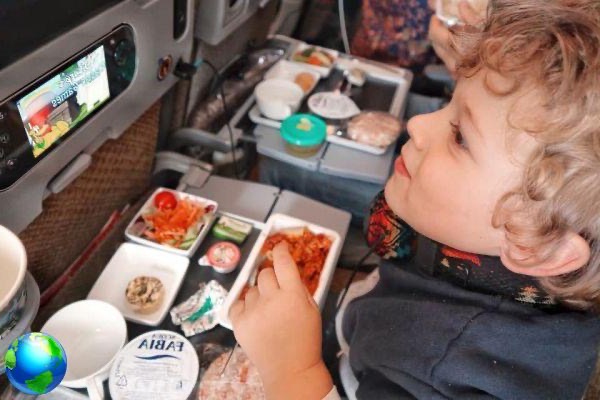 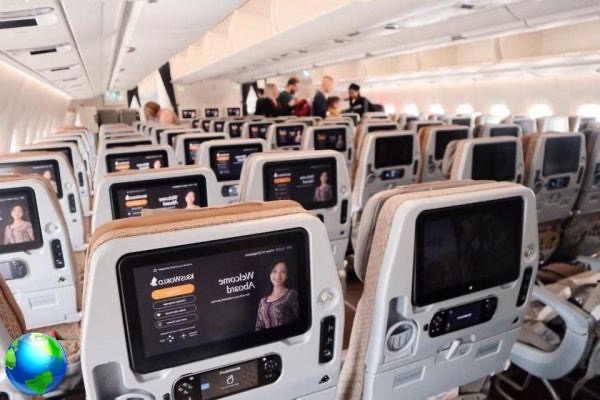 In-flight meals, even for small ones

One of the things that most impressed me about Singapore Airlines services was the choice of meals to be consumed on board. A very wide choice with at least 5 menus for vegetarians, a menu dedicated to children from 2 to 11 years and different menu choices for those who have special diets to be respected. Specifically, on our flight we had the opportunity to taste three different menus: line menu, vegetarian menu and children's menu.


Entertainment on board, for everyone

THEentertainment on board it is another understanding that deserves ample space. We are usually used to having some films in flight, sometimes some cardboard. Singapore Airlines not only offers a wide selection of films divided by country of origin, some even very recent, but also aarea entirely dedicated to children, a service to be activated in which only the little ones can enter. In this area there are cartons, cardboard film, games and lots of music. The games range from the classic memory to the more interactive games that require the use of the joystick which is obviously present on board.

During the 11-hour flight I don't think I've ever been bored.
Between meals, movies, music, games and good sleep, the route Madrid - Singapore literally flew away.

What to see in Singapore in 2 or 3 days

Where to shop in Singapore

add a comment of Singapore Airlines, travel to Asia with the family