La Scala dei Turchi in Sicily is a place not to be missed during your trip to southern Italy and in particular to Agrigento. The

A milky white cliff that emerges from a crystalline and limpid sea. One of the paradises of Sicily not to be missed for any reason. 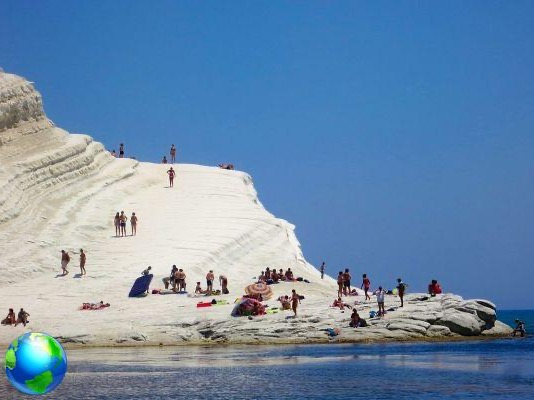 So called because it offered shelter from Muslim pirates Scala dei Turchi it can be reached by following the signs for Realmonte, province of Agrigento. Arriving at your destination you are on top of the cliff, from where you can enjoy a breathtaking view over the entire coast. Then you have to go down a long and steep staircase to get to one of the two sandy beaches that enclose the white rock wall.

The rock was modeled in steps by the sea and from the wind so it is possible to cross it easily to reach the other more isolated beach. The white is dazzling, if you want to go from side to side it is good to have a pair of glasses and maybe even a hat to protect yourself from the sun. 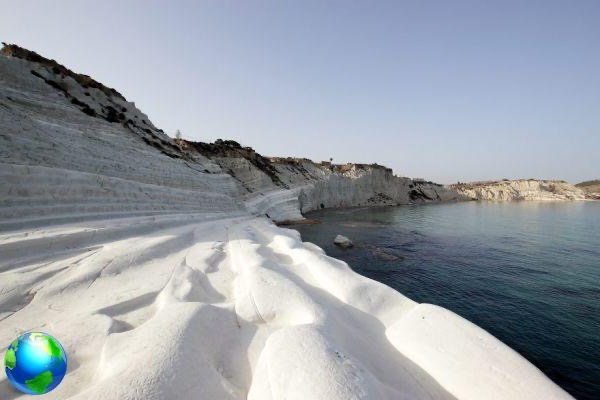 The cliff is of nature clayey so it is also possible to make beauty masks. Just rub small pieces of rock with a little water and you get a white gray cream to apply on the skin, let it dry in the sun and then rinse in the sea.

A few days ago the news of the next demolition of an eco-monster built right next to the cliff, which will finally disappear to free this wonderful and enchanted stretch of coast, proposed to Unesco as a heritage to be safeguarded. 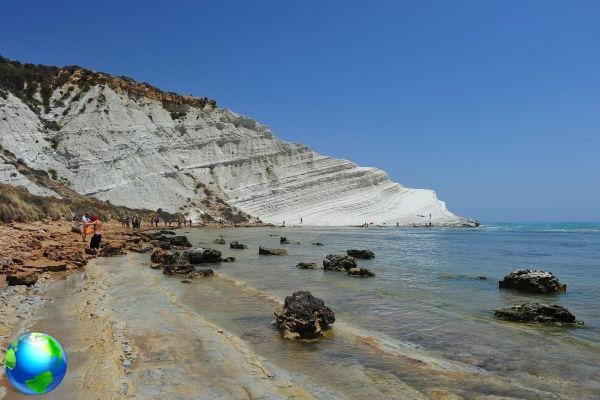 La Scala dei Turchi is located in Realmonte, in the province of Agrigento and getting there is not very difficult, but you must have a car, or at least it is strongly recommended. The first thing to do is to get to Realmonte and from here then go directly to the Scala dei Turchi which can always be reached by car, on foot, about half an hour, or by the city shuttle. The destination is not difficult to reach and to be sure not to go wrong, you can also consult the website of the Municipality of Realmonte. 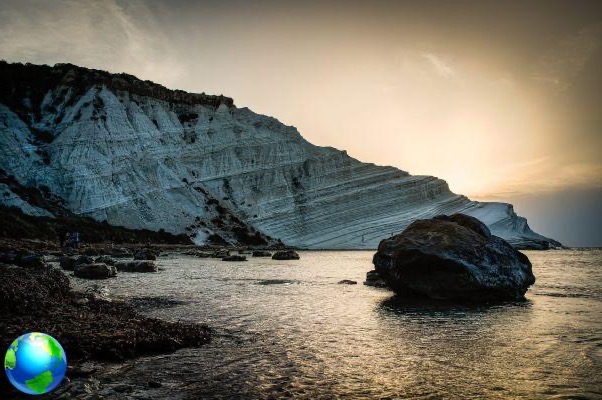 Why not miss it

And if you also want to take a bath and discover the crystal clear waters, we support you :)

add a comment of La Scala dei Turchi, nature and beauty in Sicily