In Rome for the 500th anniversary of the Sistine Chapel 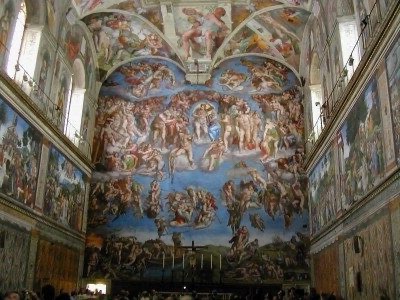 Il 31 October la Sistine Chapel in Rome in question he made his firsts 500 years. The Sistine Chapel takes its name from Pope Sixtus IV della Rovere who had the ancient Magna Chapel restored between 1477 and 1480.

The frescoes began in 1481 and was completed in 1482. In October 1512 the work was done and on November 1st and Julius II inaugurated the Sistine Chapel with a solemn mass. The nine central panels depict the Stories of Genesis, from Creation to the Fall of man, the Flood and the subsequent rebirth of humanity with Noah's family.

The entrance ticket to the Sistine Chapel is a bit expensive, in fact 15€ the full ticket and 8 € the reduced ticket. The Vatican Museums are closed on Sundays, with the exception of the last of each month as long as it does not coincide with Easter, June 29th and December 25th or 26th. The last Sunday of the month is not possible book online, while for the other days of the year yes.