Lake Orta is an area of ​​relaxation and peace not too far from Milan. A precise way to go to get to Lake Orta, or Cusio, starting from Milan.

An hour's drive from Milan, the Alps seem so close. Journey to the north of Piedmont and the snow-capped peak of Monte Rosa it shows me the direction: I leave urban suburbs and construction sites behind me and in an increasingly rarefied traffic I begin to see more greenery, more woods and open spaces, until I cross the Ticino and reach a land of lakes. 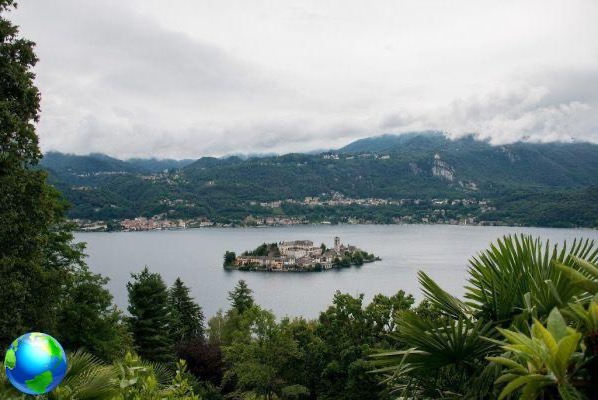 Even if the road signs show me the most famous tourist resorts of Lake Maggiore, I turn towards another, wonderful small lake: the Cusio, or Lago d'Orta from the name of the locality that historically constituted the vital center of the territory.


Surrounded by ancient mountains with the peaks now rounded by the passage of time, covered with woods and chestnut trees, the mirror of the lake suddenly appears between the curves of the slightly downhill road: I walk along the coast between villas, gardens, small villages and, depending on the season, the intense colors of the camellias, the blue of the hydrangeas, the white of the oleanders, the gold of the autumn plants.

As the road descends gently, suddenly it appears to me in the middle of the lake the island of San Giulio with its profile of houses and the bulk of the abbey next to the basilica dedicated to the saint: the historical heart of Cusio, according to ancient traditions, the island hosted the saint who founded the primitive church in 390. 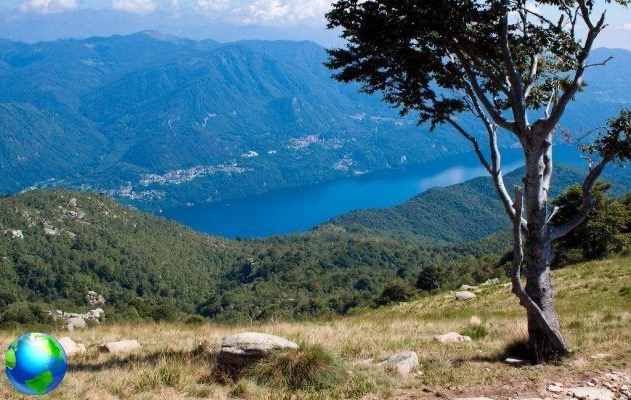 But now they are there: lying on the quiet shore of the lake right in front of the island and a privileged starting point for a short trip on one of the many boats that shuttle between the mainland and San Giulio or that - even better for the traveler! - take a relaxing tour of the lake docking in the small ports (have you ever tried, from the jetty, to call the boat that passes to pick you up?), The village of Orta San Giulio preserves among its colorful houses and in the central square there are treasures of art and history.

Leave the car out of the center and walk through the cobbled alleys of the town, close on each other to protect the houses from the winter winds (you are not a walker? a tourist train takes you to the center) and walk along the main road letting yourself be distracted by the panoramic terraces that reveal corners of the lake or the numerous small shops. 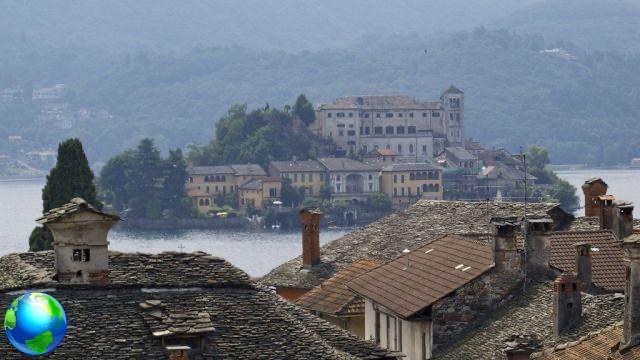 Suddenly the square will open in front of you, dominated by center from the Broletto; patiently climb the steps in front of the parish church to enjoy a view that widens step by step to embrace a beautiful stretch of lake. The church, dedicated to the Assumption, preserves valuable paintings, but if there is the occasion for an event or an art exhibition, also visit Palazzo Penotti Ubertini which rises halfway up the staircase: in its ancient rooms you can still breathe the the creaking air of an old-time lake house.

And if you look up you will find that the village is dominated by a wooded hill on which you can guess, rather than see them distinctly, some isolated buildings: these are the seventeenth-century chapels of the Sacro Monte, absolute heritage of art and spirituality.

Audio Video Getting to Lake Orta from Milan
Mood maps, the most original way to travel ❯

add a comment of Getting to Lake Orta from Milan