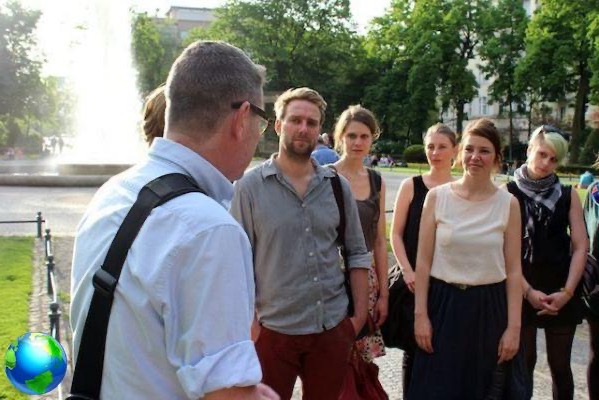 The idea comes from Berlin and it doesn't look bad at all. We are often used to seeing the cities we love with our noses down on them touristic guides, those written by others, those who perhaps spent a week or two in Berlin, just the time of the guide. The tour of Berlin this time instead comes from those who know the city well, a bit as if it were their home, it is appropriate to say.

The project is called Querstadtein, and it is the project that brings people to know Berlin from the side of the most marginalized, those who are called homeless or homeless. So these people have become guides of another Berlin, the other side of a beautiful and avant-garde city, a city that also knows how to forget but in which everything, with its own abilities, can happen.

A tour and a different guide that certainly won't take you in front of the Brandenburg Gate where you can get there by yourself, or it won't make you do the usual rounds. Something different, something real finally seen through the eyes of a local. This project was inaugurated and managed by Carsten Voss, 54, a former fashion manager who has lost everything after falling into depression and now tries to recover without forgetting the years spent on the street.

What do you think, you like this thing, intrigues you? Would you ever do such a tour or would you like it in your city? Tell us!

Getting around Berlin low cost: WelcomeCard

Tacheles, the squat in Berlin

Journey to Germany through the words of a Latin language