Oktoberfest general information, what it is, history, where it is held and when. 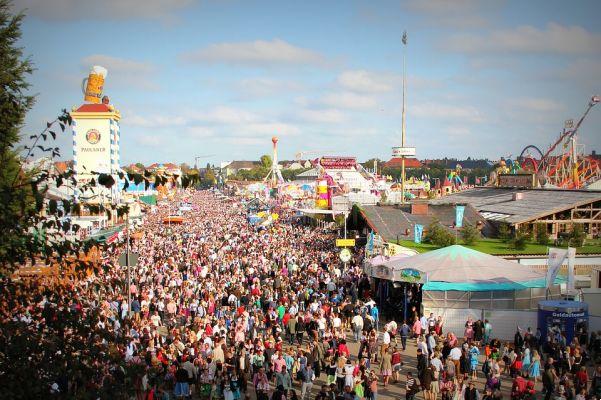 THEOktoberfest, Spanishized Munich Beer Festival, is a popular festival which takes place annually in an area called Theresienwiese (42 hectares) or Prato di Teresa a Monaco of Bavaria in Germany.

This is one of the most anticipated events by the German people, it is known as the largest fair in the world, Has place during the last two weekends of September and the first of October and attracts millions and millions of visitors coming from every corner of the earth. 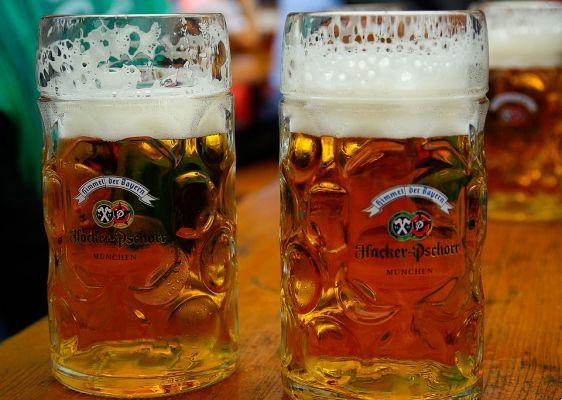 THEopening of the Oktoberfest is when the mayor of Monaco, in charge, brooch the first beer hammering the tap into the inaugural barrel.

After this nice procedure he pronounces the phrase O'Zaptf Is which in Bavarian dialect means It is uncorked and the party officially begins.

Il mayor of Monaco he is the one who fills the first mug and hands it, as a tradition, to the President of the Land of Bavaria. 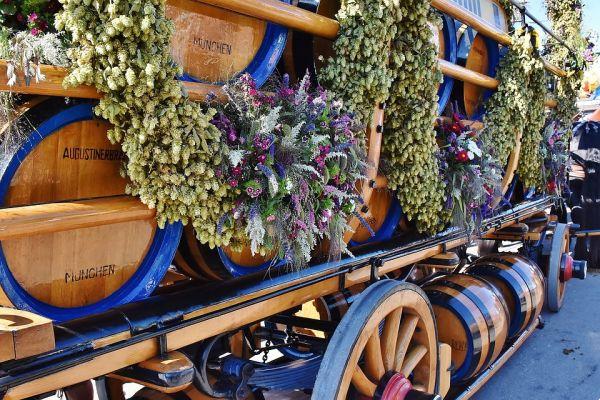 It must be said that, unfortunately, theexcessive consumption of beer it aroused many discontents and gave birth to many restrizioni such as, for example, hall managers can only offer traditional brass music and the volume must be less than or equal to 85dB (A) in order to make reduce alcohol consumption and not to annoy too much Older people e families even with very little children.

With the passing of the years there is an increasing tendency to wear traditional clothes by visitors. 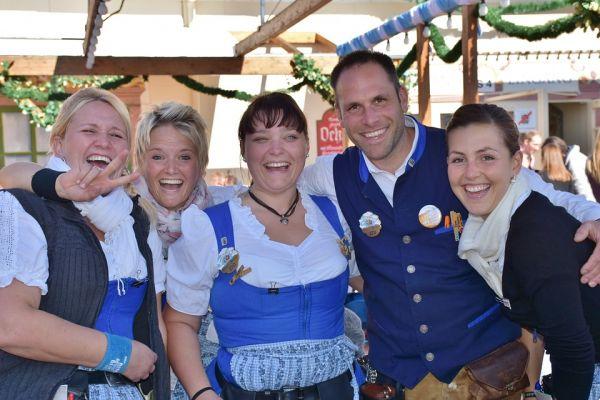 Le origins of the first Oktoberfest they date back to 1810 when Princess Therese and Crown Prince Ludwing got married in Munich and, in their honor, many public and private parties were held. 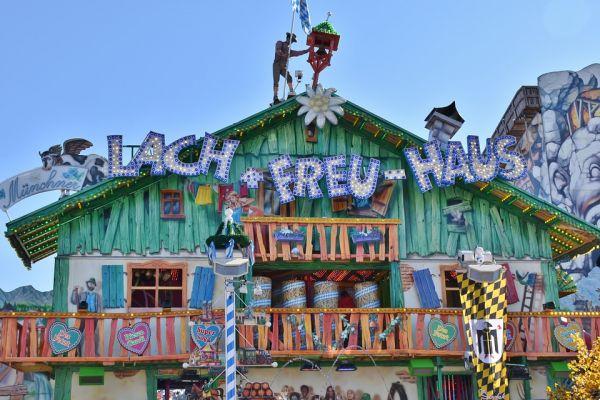 During one of these festivals, precisely on October 17, it was organized by Andrea Michele Dall'Armi (Italian banker and entrepreneur who lived in Bavaria) one horse race which had great success and was repeated constantly every year, gaining more and more popularity.

This very special party, thanks to its natural characteristics, it was organized outside the city and the Theresienhohe (Teresa's hill) or Sendlinger (Sending mountain) was used as a spectator stand (it could accommodate over 40.000 people). 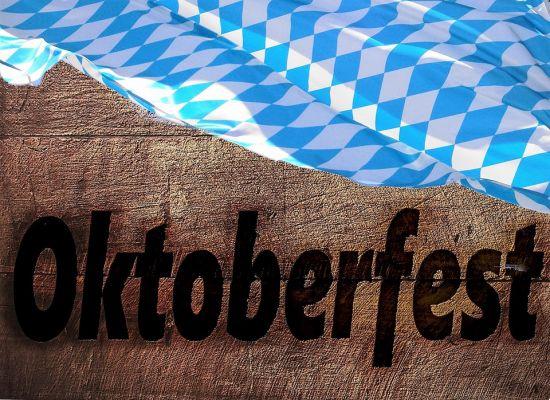 Before the start of the race, 16 pairs of children from nine Bavarian districts and other regions wore traditional Wittlesbach costumes and paid homage to the newlyweds and the royal house.

I horses that ran were 30 and the track was 3270 meters long and the winning horse received a prize.

In 1813 l 'Oktoberfest because of the Napoleonic wars it did not take place and began to reach its maximum splendor during the XNUMXth century. 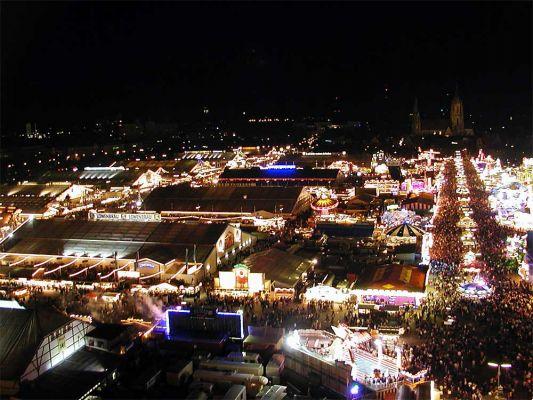 Starting from 1880 the sale of beer, thus the first ones were born stand and year after year they were introduced Rides, sales counters e pavilions up to the present day.

Compared toold Octoberfest (Historic Oktoberfest) currently there have been many changes (especially on the occasion of the Jubilee of 200 years) in fact the horse race has been abolished, the entrance ticket is no longer paid and many have been made structural changes. 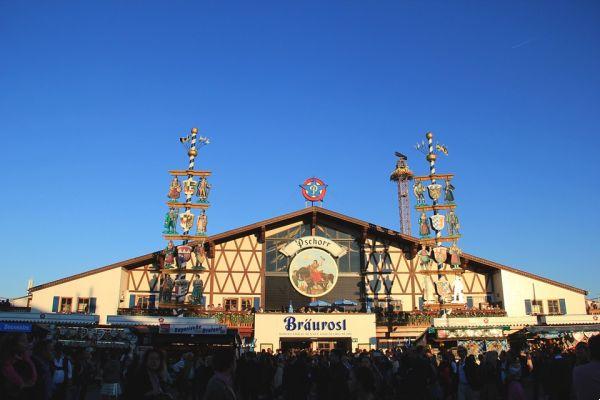 THEOktoberfest it hosts, inside, many attractions (there are over 200 managers) where you can have fun throughout the day.

Here's what they are, usually Oktoberfest attractions: 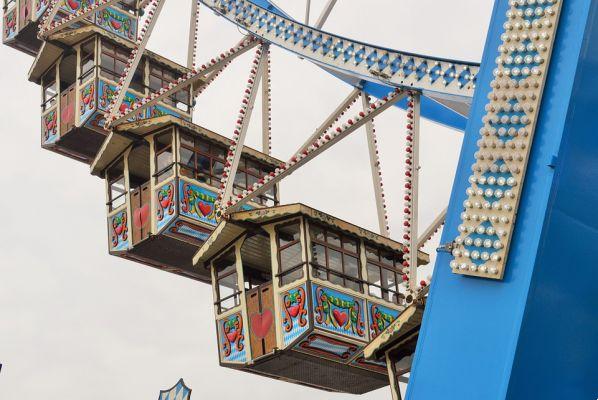 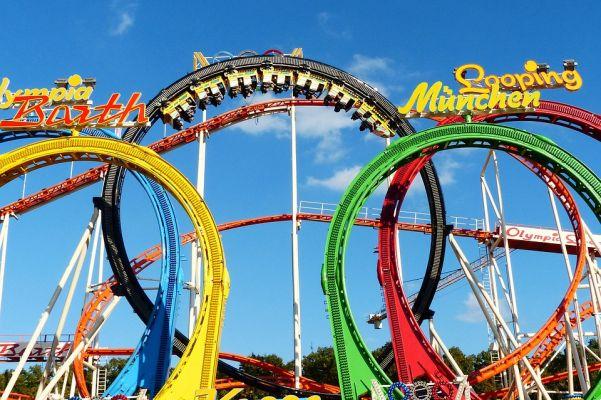 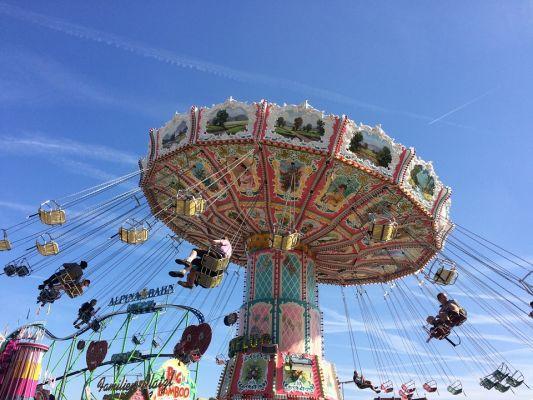 Oktoberfest what to eat and typical dishes

Eating at Oktoberfest is a gastronomic challenge as i typical dishes of Bavaria they are certainly not light and healthy but eating them is a pleasure.

Let's find out which ones are the best typical dishes of Bavarian cuisine:

Most food consumption is made up of sausages, Hendl (chicken) e Sauerkraut, as well as typical Bavarian delicacies such as lo pork knuckle. 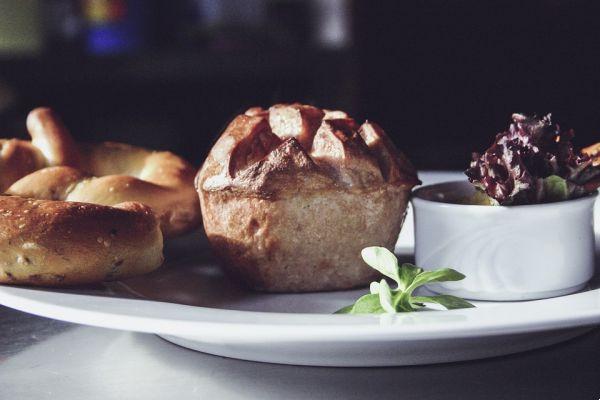 In 2017 l 'Oktoberfest will start in Theresienwiese on September 16 and will end on October 3 in honor of the feast of German Reunification. 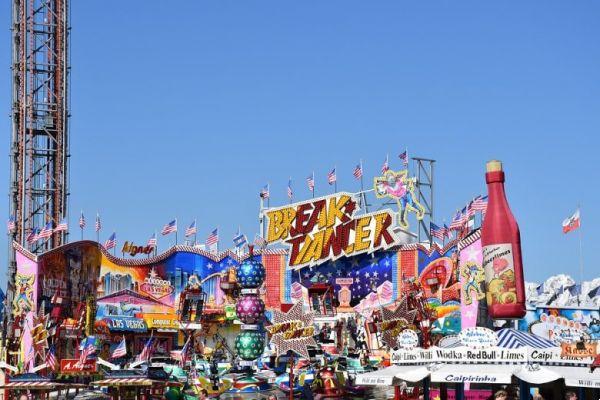 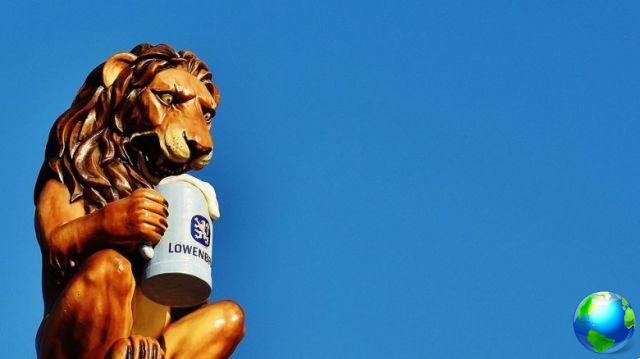 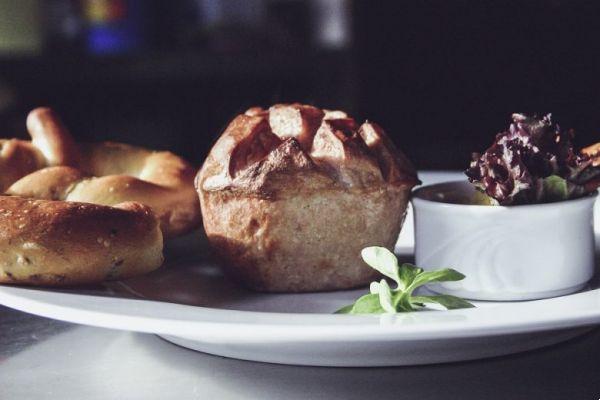 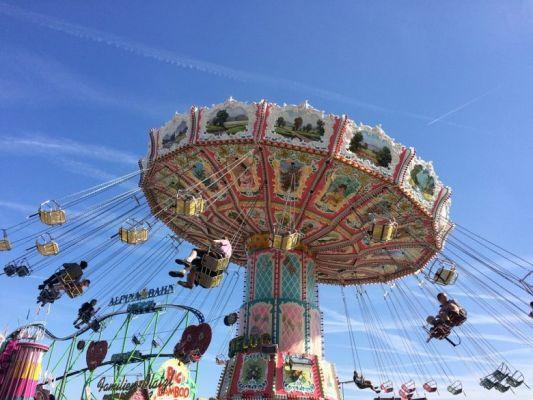 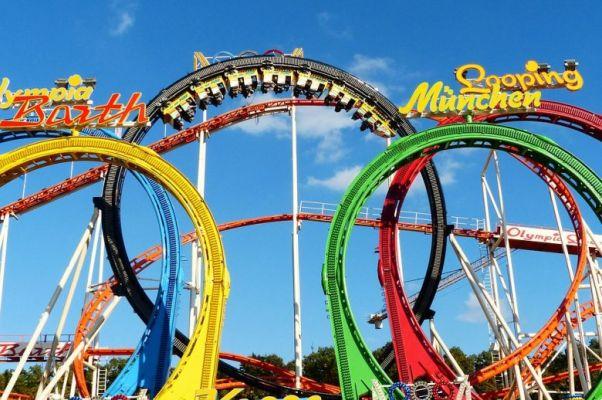 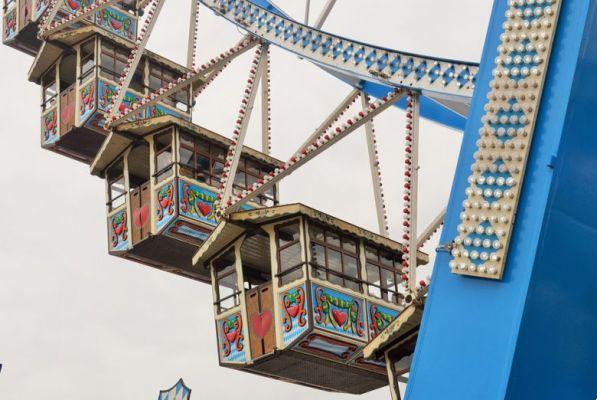 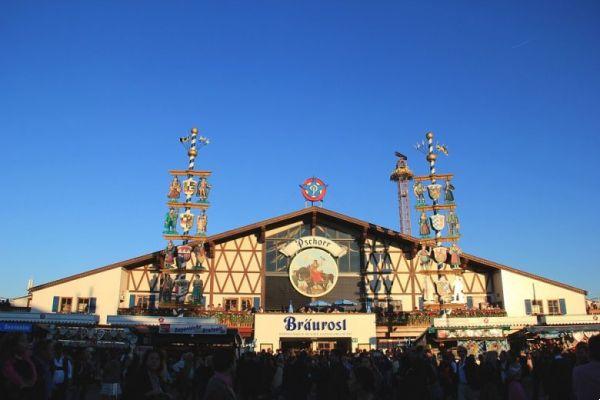 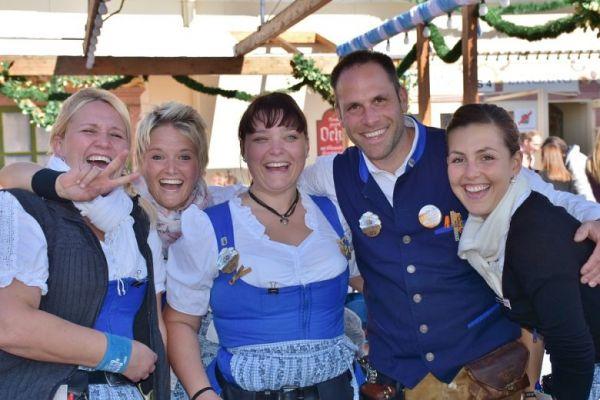 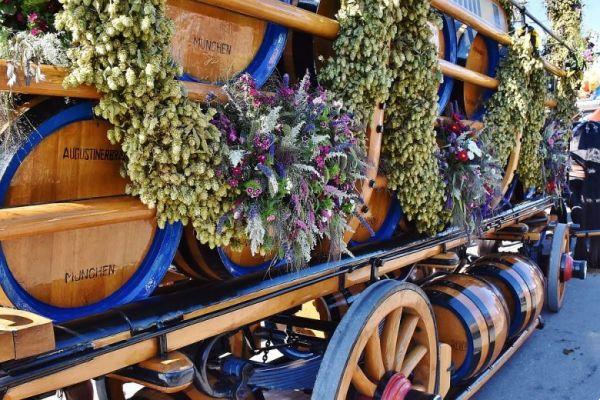 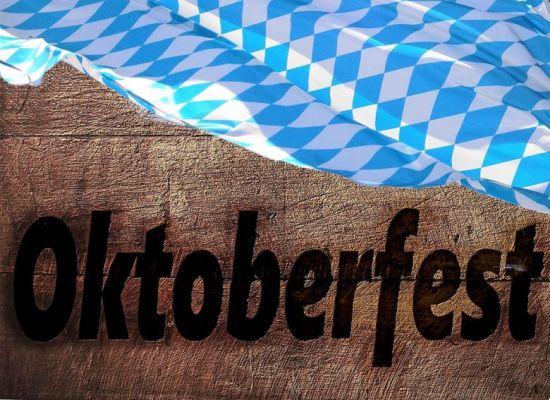 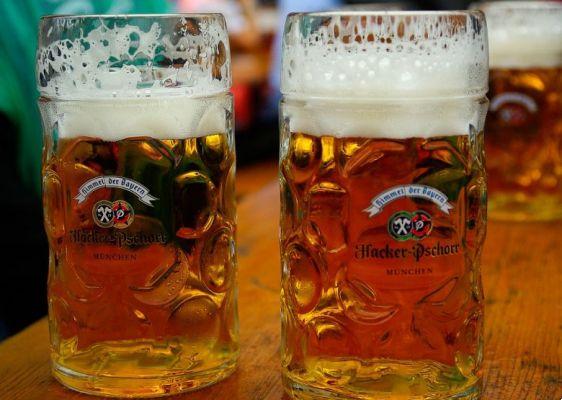 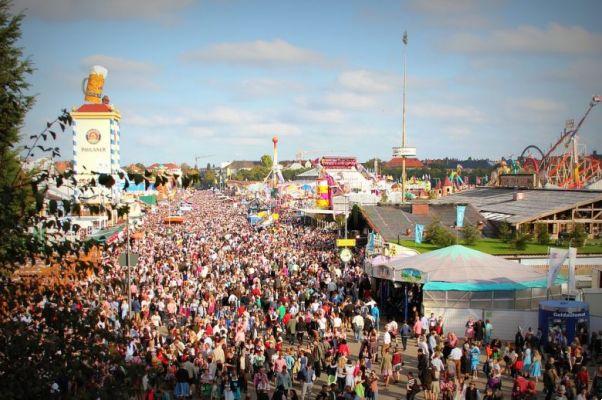 Rügen, between history and beaches in Germany

The 4you and CVJM low cost hotels in Munich

Munich low cost in a weekend

Berlin in autumn, an alternative weekend

Berlin, if you love it, win a weekend with Warsteiner