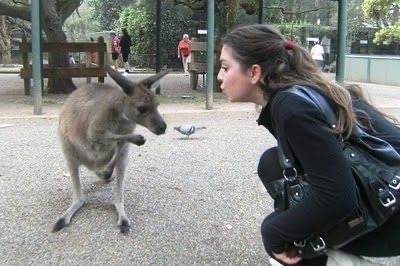 When did you go to Australia and why?
I decided to leave in 2009. My country had me disappointed from many points of view, especially for the difficulty of find a job and a decent contract. I am a professional journalist, I have tried every road, but I have only found doors in the face. I love my country, but the level of corruption and the unscrupulous use of recommendations have ruined it. I thought I deserved more and decided to take the big leap: drop everything (including boyfriend) and try to make it in Australia.

How did you find a home?
The first two months I stayed at a hostel really great, the Yha Railway Square, in Sydney near Central Station. It is really very nice and clean. There are different rooms and prices, I was in the room with 4 other girls and I was paying $ 29 per day. After two months, however, I realized it was time to look for a real home. And thanks to the site Gumtree I found what I was looking for. You have to be careful of online scams, which I have already talked about in my blog, and be willing (unless you have a lot of money) to share the apartment with other people. I have lived for six months in a nice apartment a Pyrmont, a stone's throw from the center. I had my own nice room and shared the rest of the house with a Canadian boy and two Colombian sisters. My building was modern and had a gym and swimming pool. I was paying $ 230 per week, all inclusive apart from the internet (10 dollars a month) and the electricity and gas bills that arrived every three months (about 30 dollars). Then the last period I lived in a wonderful house in Bondi, about 15 minutes walk from the mythical beach of Bondi Beach. I shared the house only with the owner, a contemporary of mine, really kind. Here I was paying 210 per week, all inclusive. I also had bad experiences, as I tell in my post "Attenti al villone". But just be awake and that's it.

Are there any low cost ways to get around?
This is a tough question. The public transport in Sydney it's not cheap: the train pass (the city is very well connected so me advice to use train and bus) has different costs depending on the arrival and departure station: the more you live far from the center, the more you pay. I paid $ 29 a week and could use the train as many times as I wanted (from Bondi to the center and vice versa). For the bus there are tickets to climb, usually from 10 runs. More information can be found on the site cityrail. THE taxi they cost more or less like us. But it pays to use them if you don't have to go too far and are with another person to share the expenses with. For move to Australia I recommend the airline Virgin Blue which often has great prices and great connections. There is also the Jetstar, I have never used it and I have friends who have told me they had a really bad time. 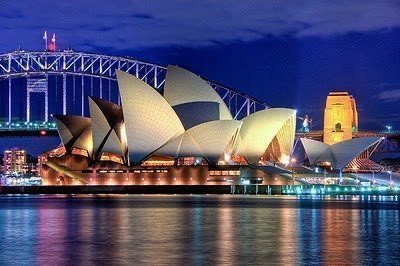 The hardest thing in Australia?
Get yourself some friends Australians. They are good people but, especially in Sydney, they tend to be in already established groups and it is really difficult to get into this circle. I have met many difficulties. In fact my closest friends were Italians, Europeans and Indians.


The easiest thing?
Eat and drink. You can do it on every corner of the street, there are all types of cuisines, of clubs and entertainment. Eating seems to be the national sport. People are so obsessed with it that the center is teeming with food court, cafes, restaurants, kiosks as far as the eye can see. And getting fat is child's play. 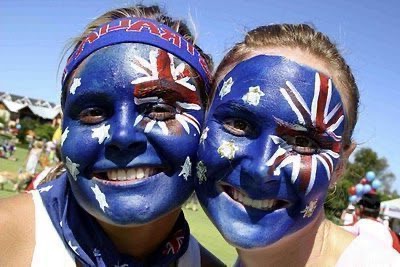 A city party you've been to to recommend?
New Year in Sydney it's crazy. This day is an event from start to finish. Waiting for the fires is cause for fun for Australians. As a good impatient Italian, I could not resist the unnerving wait, stuffed with barbecue e beers since four in the afternoon. But if you are with a close-knit group of friends the day can be exhilarating.

THEAustralian Day it's another party I recommend attending. It is a national holiday in which the discovery of this continent by the British is celebrated. And the interesting thing is to see how the Aussies celebrate: flag caps Australians invade the city and there are parties everywhere. You can end up without an invitation from as many as there are. There are parties of all kinds: parties for singles, bank holidays, mothers and fathers parties not to mention the periodic marathons that the city organizes and in which a lot of people take part.

A typical dish to recommend
There is kangaroo meat which is not bad, but to call it a typical dish seems exaggerated to me. There was one dish I was crazy about: la Ceasar Salad. But it is an international dish rather than an Australian one. Don't be fooled that there is salad, because it is actually a dish indeed caloric. There are: lettuce, croutons, bacon, parmesan, olive oil, poached egg and Caesar's sauce, a mix of mayonnaise, egg, cheese, Worcestershire sauce, salt, pepper and lemon juice. favorite dessert, what I've dreamed of every night since I returned: the Banana Bread. What a delight, in practice it is a banana cake toast a slice, spread a layer of butter on it and start the delirium.

A place to recommend or a disco
There are several in Sydney. In the center I often went toestablishment in George St, where Latin American dance is held on Tuesday nights. Then I loved theArgyle in the historic district of The Rocks, where you can dine and dance. The area of Kings Cross it is full of clubs and is among the liveliest on weekends. One of them is Hugo's, where you can dine and dance. There are also many strip clubs, for those who love the genre. Darling Harbor it's one of the nicest areas in Sydney and crammed with places to eat and drink. 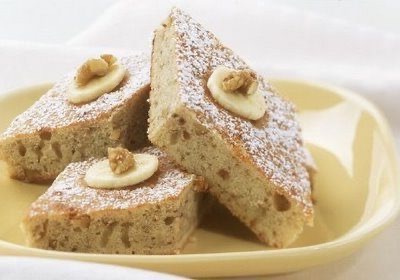 There is also theIvy, a chic place in George St where you enter dressed in a certain way, it's all painted in white and everyone teases in a really ridiculous way. It seems to be in trendy clubs in Milan. I've only been there once and that's enough for me ... but many like it. Bondi Beach comes alive in the summer, there are several clubs and restaurants and with the sea in front… It's all truly a show.

The most expensive thing?
The coffee. It costs minimum 3 dollars (2,3 euros). A cappuccino even 4. A theft. Public transport and the movies: $ 15 per ticket (11 euros)

The lowest cost thing?
I clothes they are cheap, especially if you go to Chinese-Asian stores. With $ 50 you can make up your wardrobe.

A good thing about living in Australia?
You are isolated from the world, you live in a country where the golden rule is bang as little as possible and enjoy it as much as possible. No to stress and anxiety, yes to entertainment. Life is better in every sense, everything is better organized and the government has a great respect of citizens. Not like us. But above all, you are free to live your life without conditioning. There is great respect for the individual, you are free to mind your own business, you do not come never judged. It is a way of life diametrically opposite to the Italian one.

A bad thing?
There is no story. Australia is still trying to build a personality his and he does so by emulating England and the USA. There is a great confusion of values ​​and traditions. Sex is really seen as fun, and doing it on a first date is all the rage. They are used to the easy life, to have everything immediately. In all senses. If you are an old-fashioned girl, you really have a hard time dating an Aussie.

Would you recommend it to a friend to live there?
Absolutely. It's like the Panda, if it didn't exist it would have to be invented.

10 tips for surfing in Australia

Mini-guide on how to organize a trip to Australia

Sydney: 10 stops in one day

Brisbane: a day to Mt Coot-tha and the Botanic Gardens