Barbie's restaurant is located in Taiwan 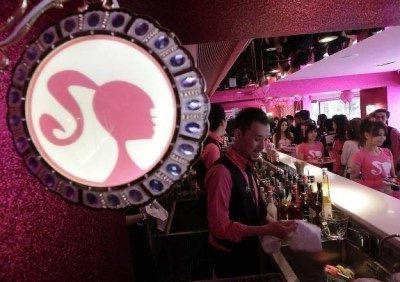 Even before he opened the Barbie house a Berlin in Taiwan they had already organized themselves by opening the first Barbie restaurant in the world. Yes, you got it right. Everything is pink here, the chairs are pink, the sofas are pink, the walls are pink and so is the menu. Also don't be scared but most of the things you will eat are, guess what! That's right, pink!

The restaurant is located in Taiwan, precisely in Tapei and is the first concept restaurant dedicated to Barbie inaugurated in January 2013. The waitresses are not blondes but the smile printed on Barbie reminds us of the famous Mattel doll. The local chef also creates some fabulous ones Barbie shaped cakes tempting customers with whipped cream tulle e icing clothes.

A curiosity: in 2009 in China the Barbie coffee it opened and closed within two years due to poor profits.

add a comment of Barbie's restaurant is located in Taiwan