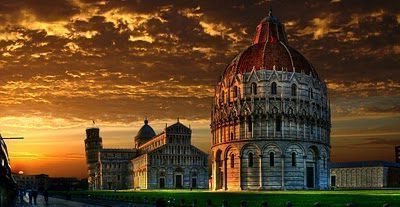 Christmas is coming and Pisa too begins to set up its own Christmas markets. As every year at the end of November the city of the Leaning Tower begins to open its doors to tourists and citizens. Here are the events not to be missed for those who want to do good Christmas shopping in Pisa.

Il market in via Paparelli, the main market of Pisa, open all year on Wednesday mornings and Saturdays, starting from the end of November it turns every year into an extraordinary Christmas market. Open Every Sunday until the Epiphany.

For those coming from outside Pisa, the Christmas market in via Paparelli is located in Carrefour area. To find parcheggio it is quite difficult, especially for non-Pisans. For this reason, the service of free train which from the city center descends directly in front of the market. Such a great idea.

Another Christmas market in Pisa is the one that is set up throughout the month of December in the city center. The areas bordering the Arno river, Town Hall Square e Course Italy at Mezzogiorno and Borgo Stretto and Borgo Largo in Tramontana, during the Christmas period they become the main ones shopping arenas. All the shops remain open both during the week and on weekends, the streets are filled with colored lights and here and there you can find vendors of roasted chestnuts

If you are interested in doing shopping in stores, both Corso Italia and Borgo will offer you the embarrassment of choice among hundreds of shops in which to shop, if instead you want to savor the air of Christmas walking among the stalls here is where you have to go.

If you are on the side of the municipality, the clock zone - as we Pisans say - you must not miss the market set up under the Logge di Banchi, open until 24 December, in front of which the Christmas tree, about 15 meters high, will be placed. Entering Corso Italia, then, you will find the two historic stalls of Via di Banchi: one sells beautiful Christmas balls, the other sweets.

If you cross the Ponte di Mezzo and enter the Borgo, after about 500 meters, on the right, you will find the Christmas market in Largo Ciro Menotti, also open until December 24th. One of the historic stalls of this market is the one that sells i cribs. It is impossible not to notice it, it is the largest one, adjacent to the road.


Lastly - and this is what I appreciate most - Pisa presents the Christmas market in the Borgo Long, Piazza dei Cavalieri and Via dei Mille. This is the classic market that takes the name of during the year Pisa with open arms, the antiques and artistic crafts market which takes place on the second Sunday of the month. Close to Christmas, this market is set up for a whole weekend, with numerous stalls selling objects, books, antiques and crafts.

To park your car in the center of Pisa e reach on foot the markets in Corso and Borgo, the best solution is to take advantage of the new covered parking in Piazza Vittorio Emanuele, in front of the Central Station of Pisa.