Where to sleep in Boston: best neighborhoods and areas to stay

Capital of Massachusetts, Boston is a city rich in history and tradition, which inherits a glorious past. It is a major tourist destination in the United States, with unique features, but also one of the most expensive to stay in. To better plan your visit to the city, in this guide we will give you useful advice on the best neighborhoods and areas to sleep in Boston, and on the best hotels and accommodations where to stay for not spending much.

Boston's main attraction are its characteristic neighborhoods where the tall skyscrapers alternate and contrast with the historic avenues made of pebbles and illuminated by gas lamps. Boston is proud of its culture, its high level of education and its interest in the sports sector to the whole world.

Best areas to sleep in Boston

The best areas to sleep in Boston are the central areas, which are also the most expensive ones. Staying in the center costs a minimum of 100 euros per person for a double room. However, since it doesn't take many days to visit the city, a couple of days is enough, therefore the expense will not become relevant.

Downtown: the best area to sleep in Boston 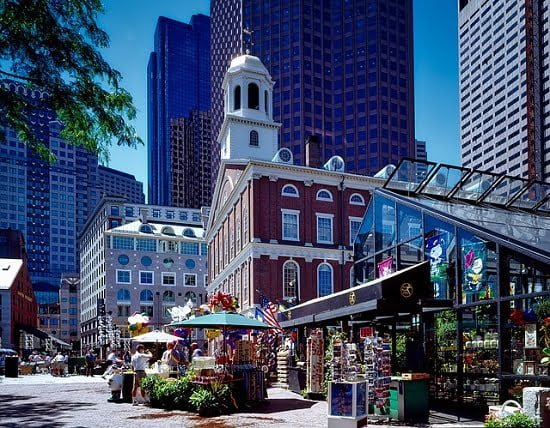 Downtown is the oldest area and the heart of the city. In addition to Boston City Hall and various public bodies, here are the headquarters of some of the most powerful companies, corporations and corporations in the US. It is the best area to stay in Boston, but also the most expensive.

The area is well connected to other areas with an efficient public transport service. The beauty of the neighborhood is represented by the various historical sites, the pedestrian streets, the large public green spaces and the many street artists who animate the area.

A neighborhood that very reminiscent of Europe and that comes alive during hundreds of thousands of office workers and tourists who come here for work or to visit Boston's most famous historic sites and major shopping and shopping areas.

In this area, which today is the main financial district with modern skyscrapers, there are modern hotels and luxurious accommodations, but also important tourist attractions such as the aquarium or the Faneuil Hall Marketplace.

The best hotels in Downtown

Back Bay: to stay in one of the most beautiful areas 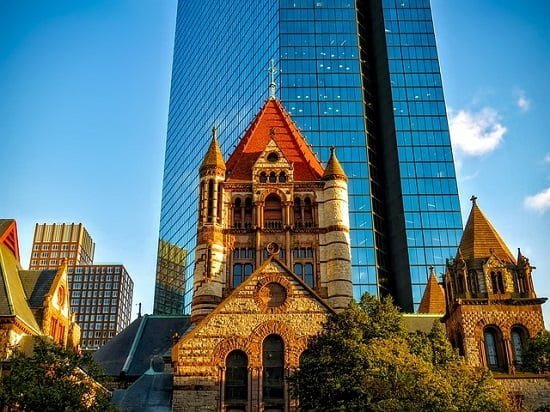 Back Bay, along with Beacon Hill, is one of the most beautiful historic districts of Boston, with narrow streets, lit by gas lamps and dozens of historic buildings that represent one of the best examples of 19th century architecture in the United States.

This neighborhood represents one of the most popular tourist itineraries. Don't miss The State House, America's oldest city park and one of its most photographed streets for its classic Federalist architecture.

In the neighborhood there are also the most renowned restaurants offering the best of international cuisine. Back Bay is definitely one of the best areas to stay in Boston, but as Downtown it is too one of the most expensive areas.

Impossible to find accommodation under 100 euros per person per night, but sleep in a hotel here allows you to be in the center, close to most attractions.

The best hotels in Back Bay

Find a Back Bay hotel

Known as "Little Italy”For over a hundred years, North End has proudly carried the Italian heritage of the many immigrants who have settled in the city. Its narrow brick streets attract thousands of visitors today, who come to enjoy the good Italian cuisine and its most typical products.

In fact, this is where the best restaurants of Boston, but also some of the main attractions, to make North End a unique and very suggestive destination. Don't miss the picturesque North Square, located on the Freedom Trail.

In this area the hotel offer is not very wide, but you can find it all the same various interesting choices. If you want to sleep in the "Italian" neighborhood of Boston you will have to spend a lot, but it will be a very pleasant experience.

I migliori hotel a North End

Find a hotel in North End

South Boston: for peace of mind


South Boston is a very quiet and pleasant neighborhood for strolling. This coastal neighborhood is a choice where to stay in Boston for being close to the main attractions of the city and having a wide choice of hotels with good value for money.

È a rapidly growing neighborhood, but which retains its Irish roots of the Catholic working class, who chose to settle in this area and which is remembered every year with festivities and the parade on St. Patrick's Day.

The best hotels in South Boston

Find a hotel in South Boston

South End is the shopping and restaurant district, where you can enjoy the best of international cuisine: Spanish, Mexican, Indian, Chinese, Japanese and even Italian cuisine. The most beautiful area is the one with the Victorian sandstone houses and the cobbled streets lit with gas lamps.

South End is one of the most popular places in Boston and the one with the most parks and green spaces. In the 60s, many Victorian homes were refurbished to open upscale restaurants and art galleries. Today this thriving arts center attracts a large number of tourists.

It is a good alternative choice to stay in Boston both because it is within walking distance of the central and most interesting areas of the city, and because there are numerous accommodations, many of which offer good value for money.

I migliori hotel a South End

Find a hotel in South End

The best cheap hotels to sleep in Boston

As we said initially, sleeping in Boston is expensive. If you want to save on accommodation the best choice is sleep in hotels located near the city. This choice allows you to save a lot compared to the prices of hotels in the center, however, it does not allow you to fully experience the city, especially at night.

Still, it's a good choice if Boston is part of a tour to discover the Northwestern United States, which also includes other destinations such as New York, Washington, Philadelphia, Chicago and Niagara Falls. Even if you don't fully experience the city, you can say you've seen Boston and saved a lot of money.

Where to sleep in Chicago: the best areas and hotels to stay ❯

add a comment of Where to sleep in Boston: best neighborhoods and areas to stay