Christ Veiled in Naples, Where to Find Him, How to Get There, Hours and Prices 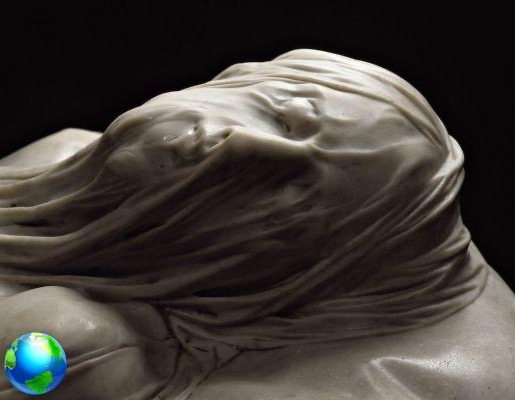 The Veiled Christ of Naples is one of the things you absolutely must see during a visit to the beautiful city of Campania. The entrance fee is not cheap at all, but it is nothing if you think about what you are going to see and believe me you will certainly be fascinated and will advise your friends to go and see it and not to miss it. The monument is named after a marble veil that covers the face of Christ. The veil is the work of the exceptional mastery of the sculptor Giuseppe Sanmartino, it is so realistic that a legend says that it was created by none other than a famous alchemist.

WHERE IS THE VEILED CHRIST?

HOW TO GET TO THE VEILED CHRIST IN NAPLES?

We recommend traveling by public transport: you can take lines 1 and 2 of the Naples subway and get off at the University or Museum stop and at the Piazza Cavour stop respectively. In any case, there is also an additional walk of about 10 minutes.

The work was commissioned by Raimondo di Sangro, prince of Sansevero, and initially had to be made by Antonio Corradini, already author of other works for the family. Unfortunately, Corradini died before completing nothing more than a few sketches, so the task passed to the young Giuseppe Sanmartino, who completed it in 1753.


Sanmartino's greatness was twofold: on the one hand, the artistic sensitivity in capturing the drama of the moment by conveying the suffering that Christ experienced, through the composition of the veil, from which the signs on the face and body of the martyrdom suffered. be seen; on the other hand, the incredible technical expertise in the treatment of the marble slab and its use both for the figure of the son of God and for the creation of the veil.

In fact, the so-called "Legend of the Veil" has existed for centuries, so that travelers, tourists and even some scholars, incredulous at the transparency of the Shroud, have erroneously considered it to be the result of an alchemical process of "marbling" by the Prince of Sansevero.

Antonio Canova himself paid homage to his "colleague" by trying several times to buy the sculpture, and declaring himself ready to donate ten years of his life in order to claim the paternity.

Whatever day you decide to go, know that you will find a bit of a queue. The Veiled Christ is a very beautiful work and the chapel that contains it is not very large, so only a few people can enter at a time. The visit does not take more than half an hour. Half an hour if you want to admire and read thoroughly everything, and I must tell you the truth that it is worth it. But keep in mind that inside, besides 2 or 3 posters explaining the minimum, you will not find anything else, so if you can find out beforehand or take a small guide about the Sansevero Chapel so that you are already aware of what you are. go visit.

The Veiled Christ is one of the most beautiful sculptures in the world, so much so that even Canova is one of the admirers of this beautiful sculpture. The work, created in 1753, was initially commissioned to Antonio Corradini who, however, managed to realize only a small sketch, so the task passed to the hands of Giuseppe Sanmartino, who was given the task of making a marble statue sculpted to size. natural covered by a transparent shroud always made of marble of course. The job was to represent Christ.

The beauty of this work is very well perceived by looking at the hands and feet of the sculpture. The marble veil seems to be a real veil and it is absolutely not made with such a hard material, it would almost look like a cloth to touch and move. The Veiled Christ is also a work full of meanings, legends and stories that revolve around this sculpture. In addition, even the chapel in which it is kept is a chapel that has a lot of history and that is why I recommend that you inform yourself before entering so as not to let yourself be blown away once inside. Among other things to see in the Chapel Sansevero also the Anatomical Machines, one of the most unique monuments built.

It is possible to visit the Museum every day from 09:30 to 19:00, in the summer months also on Saturdays from 9:00 to 20:30. The last entrance is allowed until 30 minutes after closing time. It is closed on Tuesdays.


As for the price, however, the ordinary ticket costs 7 euros, children from 10 to 25 years pay 5 euros, as well as Artecard holders, and schools 3 euros. Children under 10 years old enter free of charge. The audio guide costs 3 euros. We recommend you book in advance to avoid queues: buying this package, for example, you can also take a guided tour of Naples and discover other secrets of the Veiled Christ and the Chapel of Sansevero.

SANSEVERO CHAPEL: WHAT ELSE TO SEE

With the same ticket you can obviously visit the entire Sansevero Chapel Museum, which we recommend you do. Not only is there the Veiled Christ, but many other works created by the best artists of the time - the statues and frescoes that adorn the chapel are astonishingly beautiful!

Here are some goodies: 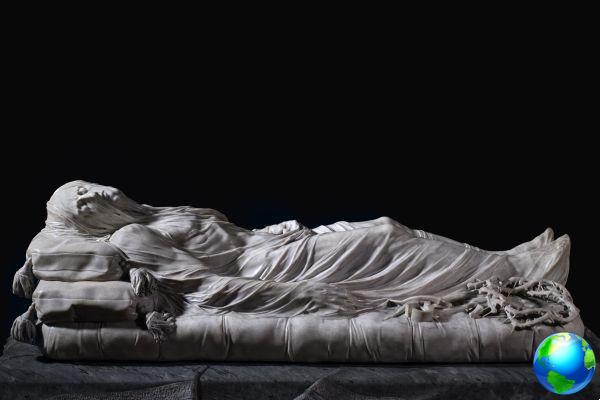 The Veiled Christ is one of the main works of the immense artistic heritage offered by the city of Naples, and continues to be an object of pilgrimage for tourists from all over the world.

10 tips for a perfect suitcase ❯

add a comment of Christ Veiled in Naples, Where to Find Him, How to Get There, Hours and Prices