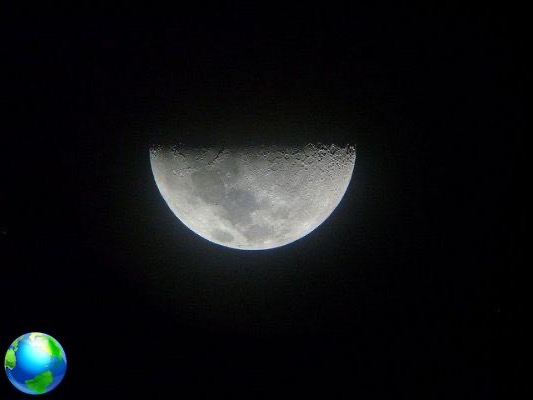 In Bari, in the area of Levente Fair, in one of the many redeveloped pavilions, stands the Planetarium of Bari Skyscan: this is a project that has taken root in the Apulian capital since 14 September 2013 and which will remain active at least until 30 July 2014.

The planetarium certainly represents the largest structure in Southern Italy with a dome of 15 meters in diameter. The entrance is located in the area of ​​the cd monumental entrance of the exhibition and exhibition space of the Fiera del Levante, right in front of the other large structure housed in the complex and opened in late summer 2013, Eataly.

The structure is also used to carry out studies and researches even from White House and from Notre Dame University and can accommodate around 150 guests at a time. The shows are held on weekends from Friday to Sunday, with a first show at 18.00 pm and a second show at 19.30 pm. The costs are really low cost: the standard ticket costs € 5,50, while there are reductions for children under 10 years (€ 3,50). For large groups, school groups and the like there are special agreements with discounted prices. In any case, it is preferable to book your visit to avoid not finding a place.

Obviously the shows will capture the attention of both the greatest, not only those who are passionate about the subject, but also and above all the little ones, who are notoriously those who let themselves be most fascinated and seduced by these issues. Coming to the shows, they vary weekly and are films, explained by the voice of an expert, which sometimes illustrate the stars, sometimes the evolution of our Earth, explaining the steps that from the interstellar dust, led to the birth of the first cells, reaching the feared Dinosaurs, a particularly fascinating subject worthy of attention.

The program also includes shows on solar system, in which the different planets, the asteroid belt and the comet stars are examined. There are still shows on Luna, our fascinating natural satellite with an eye also to the moons of our Solar System.


There is no shortage of astronomy courses organized by the US company, concerts that take advantage of the space and the characteristic setting of the planetarium and private parties to organize themed parties and events.

In short, really an instructive show to try, as an alternative to the usual cinema, suitable for both adults and children. It is definitely recommended combine the show with a dinner at Eataly, where the events are so many and ready to satisfy everyone's tastes, and perhaps a walk on the pleasant seafront of the Apulian capital, breathing the air of our fantastic sea and appreciating nature and all that it offers us.

Audio Video Planetarium of Bari: Skyscan
Car rental in the Azores, travel to the islands ❯