New York, extraordinarily beautiful and dynamic. A mini guide to know what to do on your first trip to New York. Ten days organized and low cost to know what to see and which places you can't miss.

Mine trip to New York it was a dream. It was since I was little that I wanted to see the city of New York and when they gave me the plane tickets, it was a real thrill for me, and I don't mean it so much! From Christmas, the day I received the gift, until April, I spent at least one or two evenings a week thinking about the itinerary, what to do, what to see and where to eat. 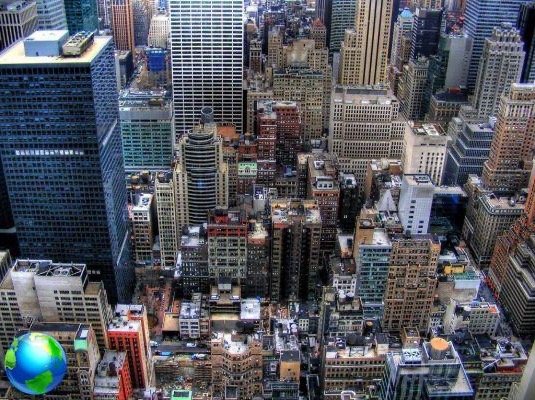 It is not that difficult to organize an itinerary in New York, it is true, but it becomes so if you have certain days available, if you have one low cost budget, as I had it, and if you want to see the most beautiful but at the same time most authentic things. After two months of guides, blogs, tips and so on and so forth, I left and was able to fully experience the city of the Big Apple that I had imagined so many times. What to see in New York if you go for the first time and you are about 10 days? I will tell you here based on my itinerary. 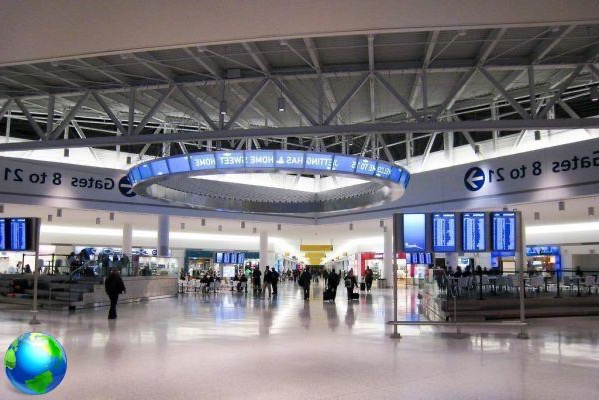 Day 1 - Arrival and means of transport

Depending on your arrival time, take at least a couple of hours, if not more, to understand where you are and what to do. Jet lag has been quite tiring for me and if you don't have limousines or cars to pick you up, you have to fight fatigue and start to understand American transport. For get to Manhattan from New York airports, in my case fromJohn Fitzgerald Kennedy Airport, the ways are different and it is good to first understand where exactly you need to go.

From 'JFK Airport in Manhattan the cheapest solution is to take the Airrain and then the subway. The Airtrain is available 24 hours a day and is a surface train that connects the airport terminals to each other and to the Jamaica and Howard Beach subway stations, from where you can take the subway to Manhattan. What you need to know and what I immediately asked myself is: which side do you take? where do you pay for the ticket? The direction is not important, indeed there is no direction, since the stops are connected to each other in a circle and then all lead to the aforementioned subway stops. You don't pay when you enter, but you pay when you leave. 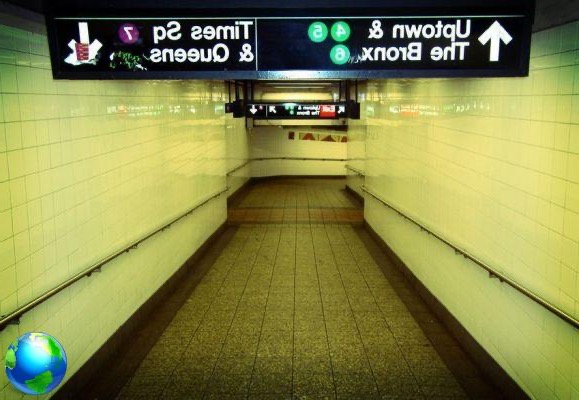 Before taking the subway you will pay the Airrain $ 5 and the normal subway ticket. The automatic machines at the airport will make you select Airtrain + subway, here get that ticket there - if you want to use the metro all week with unlimited rides, select Unlimited Ride Metrocardwhich costs 29 $ - Airtrain not included in this price. From Jamaica station lines depart for Manhattan E (optimal for Midtown Manhattan, time taken about 60 minutes), while from Howard Beach station line A (suitable for Brooklyn and Lower Manhattan). But there is also the J line.

If you want to know how the New York subway, we have a post that explains it best. Once you arrive at your accommodation, hotel, airbnb or apartment, you won't have much energy left :) 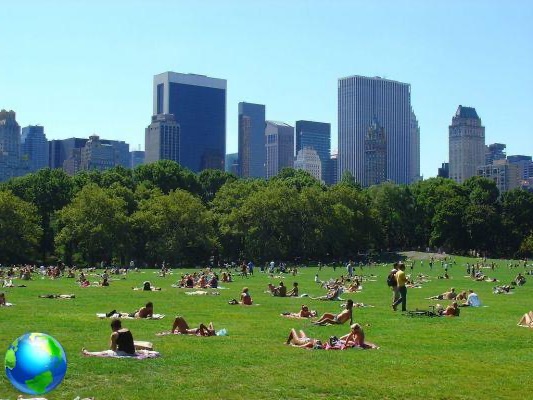 The first day in New York I dedicated myself to stretch my legs a little. After so many hours on the plane I couldn't wait to take a long walk and to Central Park there is room to walk as much as you want. I had the apartment in Harlem and I walked all over Central Park in one morning and almost walked to Brooklyn! What to see in Central Park? Central Park is waiting to be discovered in any period you visit. Starting from the part closest to Harlem and going down, you shouldn't miss the Conservatory Garden, Shakespeare Garden, Belvedere Castle, Strawberry Fields dedicated to John Lennon who was assassinated here. Among the statues to take a photo of is that of Balto which is located on 67th and the statue of Alice in wonderland on 74th. 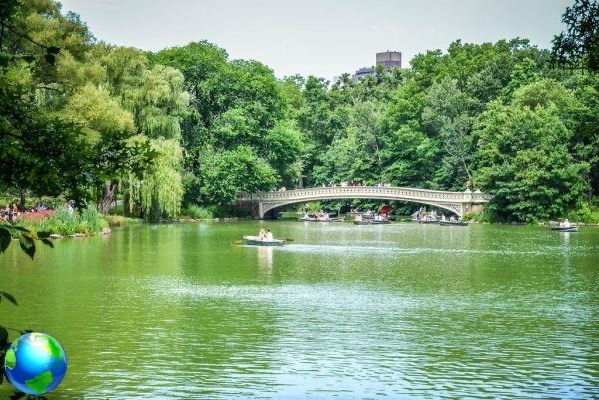 In Central Park you will find the entrances to the Metropolitan Museum of Art and the American Museum of Natural History, if you are not passionate about history, leave them for another day. Also go and see the artificial lake that is located in the middle of the park, The Reservoir, but pay attention to the direction of travel in which you enter, here there is a great risk because at every hour of the day, be it weekend or weekday, New Yorkers run . And right on the shores of this lake there are the driving directions! Finally, do not miss the Bow Bridge, a bridge that you have surely seen in dozens and dozens of films set in New York. 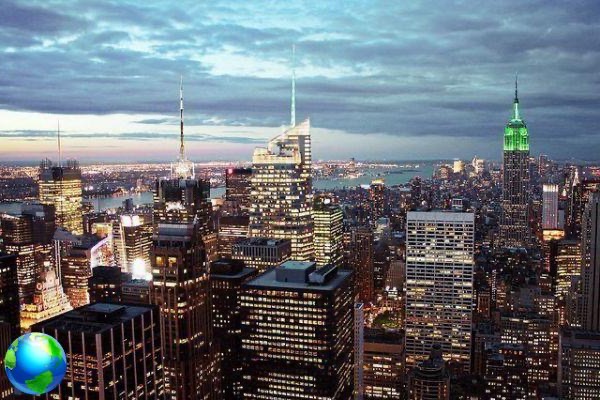 On the third day in New York I advise you to give it all, in every sense. New York is fast, enthusiastic, dynamic and never stops. These are the words that immediately come to my mind to describe it. As soon as you wake up, stop immediately in Times Square, the center of the world they say. Here you will find life, but also many tourists. They advised me to visit it at night to see the real Times Square, but you choose the time you prefer. Stroll through the streets of Manhattan and get to Madison Square Garden, where if you are lucky you will find one of the many parades that are organized here all year round, I caught the Sikh Cultural Society Parade. At Madison Square Park you can also see the Flatiron Building, the iron-shaped building that you will no doubt have seen in some photograph or image of New York.
At Madison Square Park I recommend a stop from Shake Shack, the best sandwich in New York that I loved (loved is an understatement).
Arrived this far I also recommend a stop at the New York Public Library 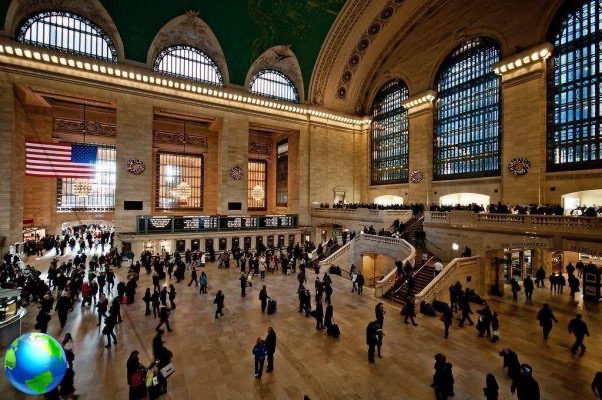 Finally, enjoy the Top of the Rock, possibly at sunset, before returning to the accommodation, without having made a final farewell to Times Square. 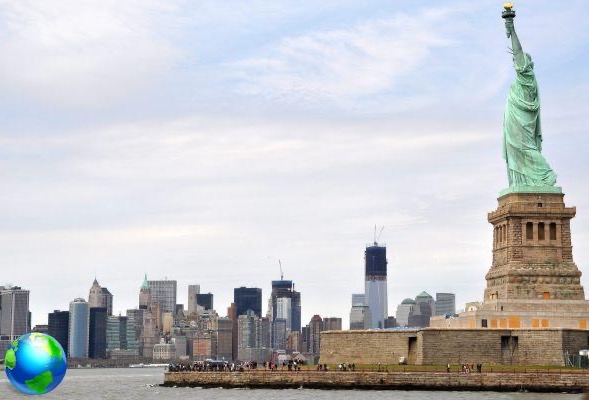 Wall Street is one of the areas that I liked the most in New York. I arrived at Chambers St. and as soon as I got out of the subway I found myself on dozens and dozens of very tall skyscrapers. From here make a quick trip to the St. Paul's Chapel, the small church that during the collapse of the Twin Towers was a shelter and also a meeting and prayer place, both for volunteers and for the relatives of the victims. Entering here will create a bit of confusion, I warn you immediately. The chapel is very small but worth a visit.

After this first stop, head straight to the World Trade Center. Admission is free, although it is recommended to leave a few dollars. Entering this area is almost worse than entering America, checkpoints and dozens of police officers on every corner. The interior of this place, obviously well defined, are two huge black holes where the water flows incessantly and ends up in absolute black. A great memorial that unites all of America and beyond. To say exciting is little and must be seen. 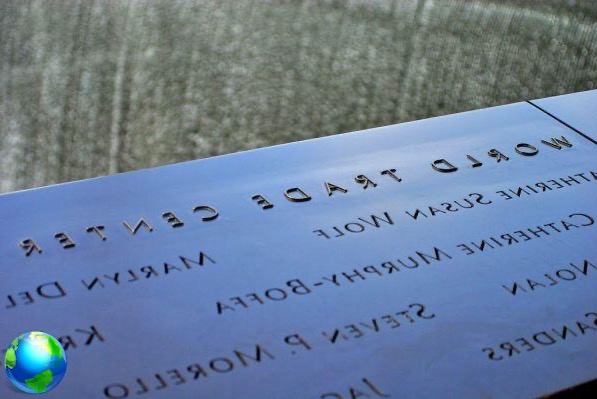 Wall Street it is much more than a street, it is the heart of Wall Street finance. What I find curious is that few people know that this street takes its name from the fact that it was actually a wall, precisely wall, when the city was still much smaller than it is today. In nearby Wall Street, which I recommend you go to to see men in suits running from side to side with hot dogs in their mouths and cell phones in hand, is Bowling Green. 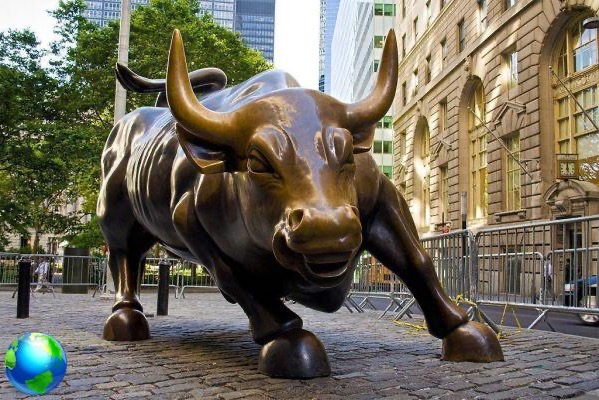 In Bowling Green there are at least three things in my opinion to see and know. First of all, the Bowling Green was the first public park established in the city, here is also the large bronze statue of the bull, a symbol of strength of the American people. Right in the garden then there is the American Indian Museum which is free.

In the afternoon, if the weather is nice, take the classic trip to the Statue of Liberty and Ellis Island if you took the New York City Pass, will be included in the price. 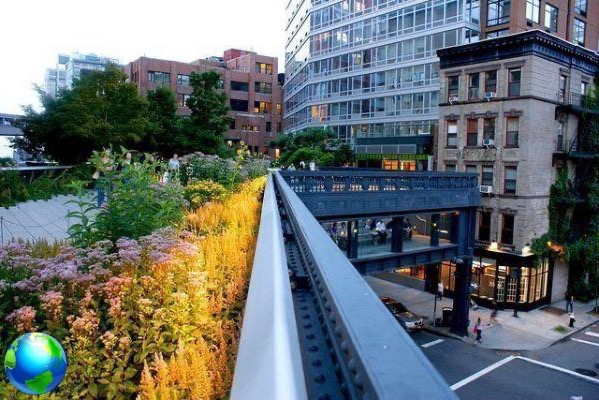 Another of my favorite places in New York, I discovered to be the High Line, which is nothing more than a "raised" park that is where the railroad used to pass. The beauty of this hour is that at every hour of the day, it is packed with tourists and New Yorkers, that it is well-finished down to the last detail and that it is a mix of nature and greenery, street art and design. An ecological structure that hosts outdoor exhibitions and paintings. After a walk here, I recommend that you get off and stop at Chelsea Market to eat or have a snack. Here you will find dozens of shops and restaurants ranging from ethnic cuisine, to desserts, from salty to burgers to lobsters. After lunch, go straight to the Village, where you can spend the most beautiful afternoon, at least that's how it was for me. 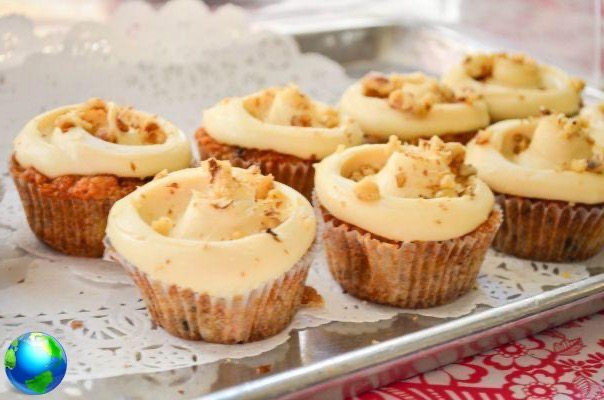 If you are a lover of Sex and the City, at the Village you cannot miss it home of Sex and the City. Among other things it is also located here Magnolia, the sweet shop that makes the best cupcakes, chhescakes and brownies in New York in my opinion. Stroll from Perry St., Hudson St. to Hudson St. and stop by Bleecker Playground, this is where the nannies take the children (often stars) to play while their parents are at work. The part I liked most of New York I think I've seen it here, among beautiful houses, streets full of trees, lots of children, dog sitters and sweet shops where you can lose your hours. If you love coffee like me, this is your paradise. 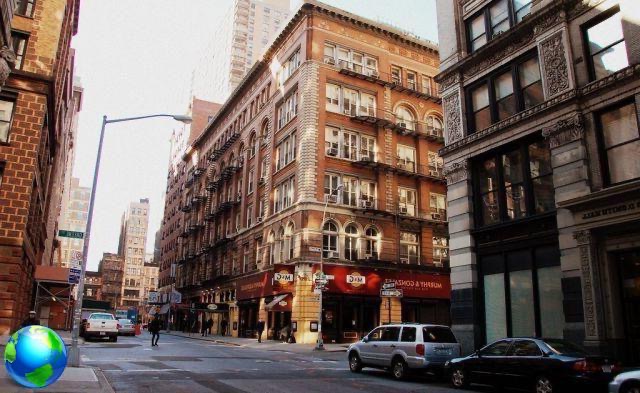 After the first 5 days in New York you will have only a small taste of what the city has to offer, are you ready to discover the other 5? Follow us in Second Part of the New York Mini Guide.

add a comment of New York, the first time mini guide, part one