Itinerary in the interior of Sardinia

Recommended itineraries in Sardinia, to see the best of the Italian island, the interiors and the villages, not only sea and beaches, but also a lot of culture and unusual and characteristic places.

When you think of the Sardinia, the first things that come to mind are: sea, sun, beaches. In reality, Sardinia is a region to be discovered, especially in its hinterland where you can find ancient traditions and places out of time.

It will be because it is an island, it will be for his ancient history And its traditions wrapped in an aura of mystery, but Sardinia is one of the most fascinating regions of the Mediterranean. Despite being the destination of thousands of tourists every year, most of them stop on the coasts, almost completely ignoring the interior, where instead you can discover the true soul of this island. A bit like Australia (decidedly downsized!) Sardinia hides a harsh but hospitable heart and when you walk the innermost roads at times it seems you are not even in Italy. For those who want to live then the real Sardinia, the advice is to combine the sea and the beaches with the hinterland, only in this way you can get to know this island full of surprises. So here are some tips for a itinerary in the interior of Sardinia. 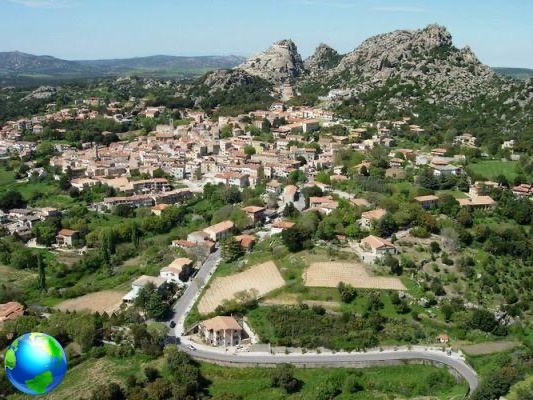 The itinerary runs from north to south, thus starting from Gallura to arrive just before Cagliari. First stop is aggius, not far from Tempio - Pausania, well connected with Palau and Santa Teresa di Gallura. Aggius is the village of craftsmanship textiles, the ancient tradition of loom weaving is still very much alive here, from which fabrics of great value, unique in the world, are created. It is called "the small stone village" because it rises at the foot of the Mountains of Aggius, which have a very particular shape. Between dry stone walls, Mediterranean scrub, woods and granite rocks, this small village seems to be part of another planet. It is no coincidence that in Aggius there is Valley of the Moon, so called because it looks like a lunar landscape, it was once a haunt for hippies. Not to be missed is certainly a tour of the village, a visit to the Banditry museums and the MEOC (ethnographic museum), but also a nice trek through the granite rocks and a visit to some weaving workshops. 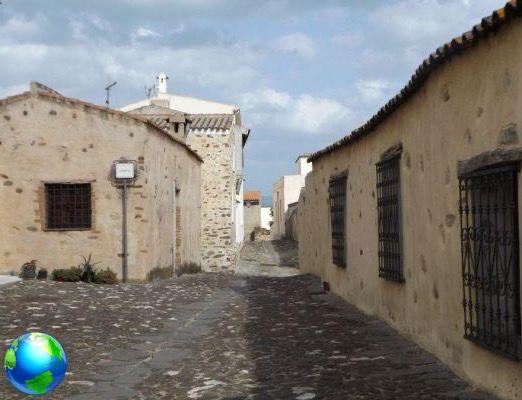 From Aggius you move towards the coast towards San Teodoro, Budoni and Siniscola, to get to Galtellì: a village among the reeds in the wind. Perhaps many will remember Galtellì for Grazia Deledda's novel, Canne al Vento. The writer spent some time in the village and set her most famous novel there. Today in Galtellì it is possible to know the places of the book through the Literary Park. Then walking up the Mount Tuttovista with a nice trek, you can see a stupendous panorama: the Mediterranean scrub that goes down to the sea. Here, as in Aggius, loom weaving is an ancient and very lively tradition, which is why there are some workshops that allow you to experiment with the various techniques and take the created object home. For families, Galtellì is also child-friendly with activities and creative workshops dedicated to children. 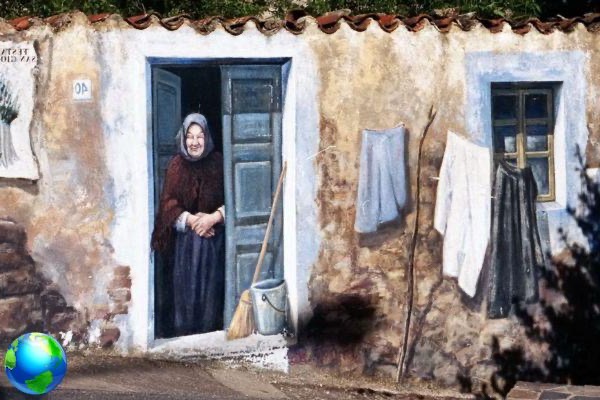 Intermediate stage between Galtellì and Santu Lussurgiu is fonni, at the foot of the Gennargentu. This is the only place where you can ski in all of Sardinia and during the winter the landscapes are truly suggestive. In summer, however, it is an explosion of green in which to make beautiful nature excursions, visit the pastoral culture museum, but above all take a tour of the local street art. In fact, Fonni is one of the villages in Sardinia that houses the largest number of murals (about 25). 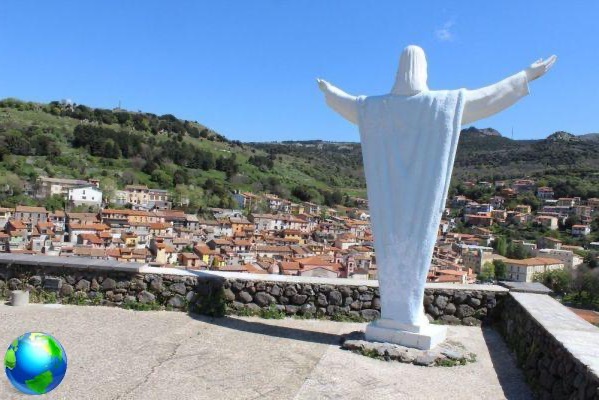 As well as Aggius, too Santu Lussurgiu is the village of craftsmanship, not so much textiles as cutlery and leather. Here time seems to have stopped: walking along the streets of the village you can still see the workshops of carpenters, blacksmiths, tailors, saddlers and shoemakers. At the foot of Montiferru, in addition to ancient traditions, the beauty of Santu Lussurgiu is nature, particularly in the hamlet of San Leonardo de Siete Fuentes, enclosed by centuries-old woods and water sources. In Santu Lussurgiu it is also possible to do fresh pasta workshops to learn all the secrets of Sardinian cuisine! 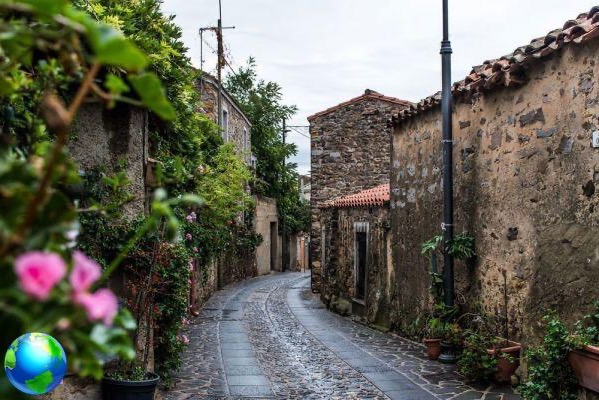 Finally, for those who want to indulge in a little relaxation there is the village of Sardara, With its thermal waters and wellness centers. Sardara is also one of the most important villages from an archaeological point of view, with the Villa Abbas museum and the area of ​​Sant'Anastasia. What makes it unique, however, is the panorama of the Monreale castle, a unique place in all of Sardinia from a historical point of view. The local cuisine is as excellent as in all of Sardinia, but not to be missed there are: civraxiu bread, wine from the Semidano vines and saffron, which is grown in the Medio Campidano and in a few other areas of the island.

Audio Video Itinerary in the interior of Sardinia
Venice hostel, where to sleep in the lagoon, here's a tip ❯

add a comment of Itinerary in the interior of Sardinia