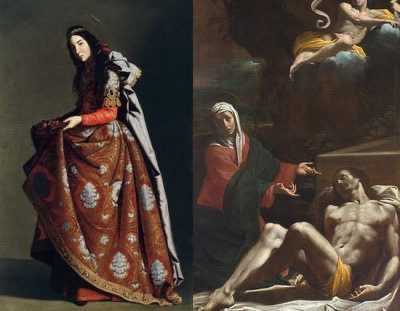 Also this time the city of Ferrara it fully proves to be the Emilian capital for the quality level of its exhibitions, capable of attracting thousands of visitors until now. Two exhibitions will take place in the Este city from 14 September to 6 January 2014.

Image and Persuasion is the title of the first exhibition that aims to present to the general art public those seventeenth-century masterpieces from the churches of Ferrara hit by the earthquake. The intent is to draw attention to the damage caused by the 2012 earthquake but also to place an emphasis on the seventeenth century in Ferrara, considered minor.

The exhibition, at the entrance free, will be set up at Trotti Costabili Palace, seat of the old seminary, and will present the works of Carlo Bononi, Scarsellino, Francesco Costanzo Catanio, Ludovico Carracci and Guercino. The exhibition itinerary also includes the famous frescoed rooms of Garofalo by 1519. The works come from churches that are still uninhabitable, such as San Domenico, Santa Maria della Pietà and Santa Chiara.

During the same period, a Diamanti Palace the exhibition dedicated to Zùrbaran, contemporary artist of Spanish painters such as Velàzquez and Murillo or Dutch artists such as Rembrandt and Hals. For the first time in Italy, the exhibition will present works from European and American museums and private collections.

His paintings will exhibit his Sevillian affirmation until his stay in Madrid.

This exhibition, on the other hand, will be paid: € 10 full price, € 8,50 reduced (6-18 years, over 65, university students), € 4 for schools. On www.palazzodiamanti.it it is possible to view all types of prices and discounts for groups, as well as other details on both exhibitions.

Audio Video In September, two major exhibitions in Ferrara on the seventeenth century
Street food to try in Budapest ❯

add a comment of In September, two major exhibitions in Ferrara on the seventeenth century