Hidden treasures in Bologna: visit the Bagni di Mario and the Crypt of San Zama

Are you looking for an out of the ordinary trip to Bologna? Read the post and get ready to visit two archaeological sites that have remained hidden for a long time.

Last December 2017 a Bologna two beautiful archaeological sites, hidden for too many years, have seen the light again for the paying public. I'm talking about the Mario's baths, also known as Preserve of Valverde, And the Crypt of San Zama.

Let's find out more about these hidden treasures of Bologna:

La Preserve of Valverde was once known as Mario's baths because, during the nineteenth century, it was mistakenly identified with a Roman spa of the Republican age, perhaps built at the time of the consul Caio Mario. This attribution only many years later proved to be completely wrong. 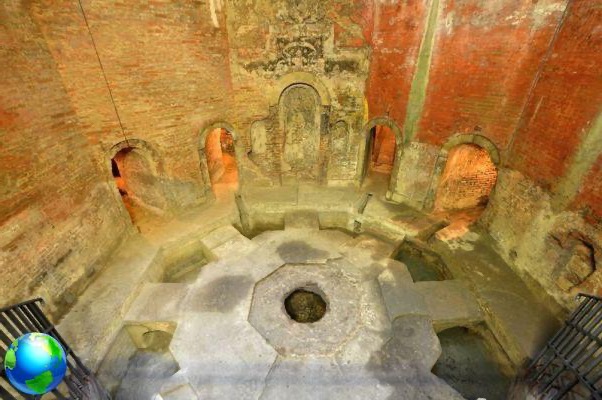 Preserve of Valverde in Bologna

The Conserva di Valverde is in fact a water collection and decanting system that was built in 1563 by the architect Tommaso Laureti in Bologna, to give "clean" water to the Bolognese. The building was born as a renovation project wanted by Pope Pius IV.

This cistern then collected the waters of the Valverde area, above Via San Mamolo, which, joining those of the Fonte della Remonda, located under San Michele in Bosco and close to the current Via Codivilla, fed the two main public fountains.

This is the famous Neptune Fountain - which you can find in Piazza Maggiore - and the Fontana Vecchia which is located on the side of the Palazzo del Comune that overlooks Via Ugo Bassi. 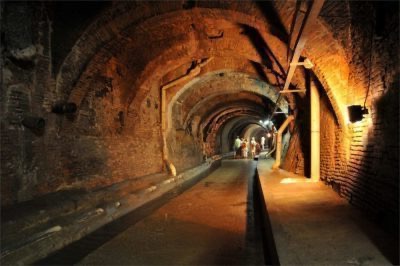 How the Bologna cistern worked

This complicated system of underground pipes also fed the Cavalleggeri basin,  Well of Terribilia and the source within the Garden of Simple, for the private use of the Cardinal.
Tommaso Laureti, an architect from Palermo, created this marvel of engineering on two levels. 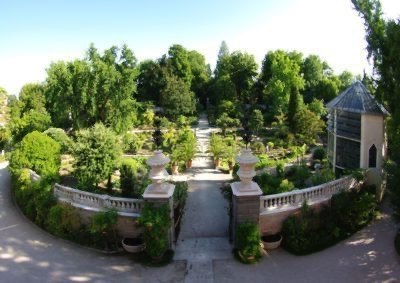 On the upper level there is a beautiful octagonal room, which still shows some mosaics that shine in the sunlight, surmounted by a large dome, eight small dug basins intended to collect the water that came from the four ducts that went into the Valverde Hill, and a vestibule.
A second octagonal but smaller chamber, the Cisternetta, connects to the main room.


Thanks to a decantation process the water came out purified. Also at this upper level, there are a series of tunnels, which can now be visited; inside one of these is an incredible limestone encrustation that shines, probably there for centuries.

At the second level, the lower one, the waters were already partially purified from the upper level and, from here, they proceeded through very long tunnels that led - and still would lead today - to the fountains of the city center.

How to reach the Conserva di Valverde

Even if a cistern may seem uninteresting to you, it is a very suggestive visit.

You will get there along Via San Mamolo, just outside the door and taking Via Bagni di Mario.

Crypt of San Zama: another hidden treasure of Bologna

The Crypt of San Zama links its history to the rise of the first Bolognese Christian community.
I will briefly tell you its story here, but it will be better to let the guide who will be present tell you in depth.

It is a crypt located in the basement of the former Military Hospital, just below the current one Church of Santi Naborre e Felice, in Via dell'Abbadia, in the historic center. 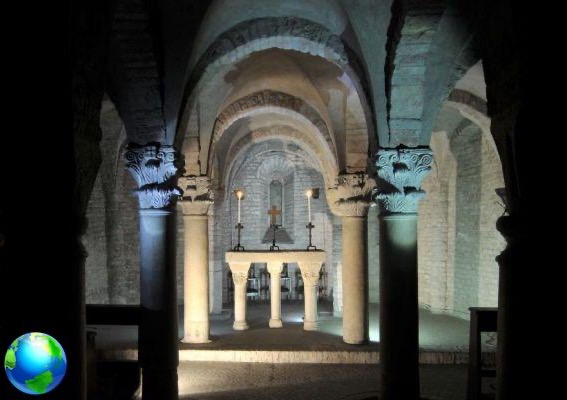 It seems that it was here that Bolognese Christianity was born - or at least took its first steps. The Crypt, immediately very suggestive, shows a beautiful original Roman floor from 270 AD

This space housed for many centuries the remains of the first Petronian bishops, which today are found in St. Stephen's Basilica, in the homonymous square. Precisely for this reason, and perhaps rightly, the Crypt of San Zama (bishop of Bologna) has long been considered - and still is in part today - the first Bolognese cathedral.


In truth, it is also possible that one of the first Christian cemeteries stood in this area. Bishop Faustiniano, successor of San Zama, further fueled the fame of the sanctuary, building a larger basilica, and changing its name.

This crypt, which was once not an underground crypt but a church on the "ground floor", was rebuilt by the Benedictine monks who also built the monastery, the bell tower - now unsafe - and the sacristy.

This space was then abandoned in the XNUMXth century by the Benedictines and reassigned to the Clarisse nuns after about a century of decline. To the Poor Clares we owe the modern aspect of the Church above.

The Crypt of San Zama today

The crypt is very small, composed of three naves, with four columns topped by capitals each different from the other, which precede the altar. Many legends hover around this long forgotten space; the guide will tell you about them.

Today of the original crypt there are some fragments of paintings on the walls and the beautiful, alabaster, stained glass windows, from which once the sunlight must have entered. 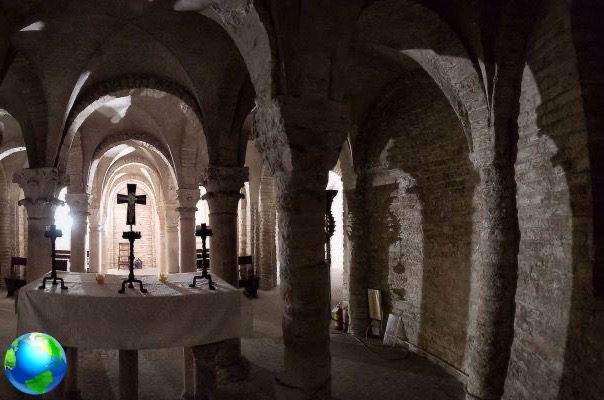 How to visit the two archaeological sites

A series of Bolognese associations organize the visit to the two sites, it will be enough book online.

Access to the Conserva di Valverde costs € 15 while access to the Crypt of San Zama costs € 10. Both sites can be visited only with a guide and by reservation only.

Audio Video Hidden treasures in Bologna: visit the Bagni di Mario and the Crypt of San Zama
Fraser Island: the paradise of sand but watch out for the Dingoes ❯

add a comment of Hidden treasures in Bologna: visit the Bagni di Mario and the Crypt of San Zama