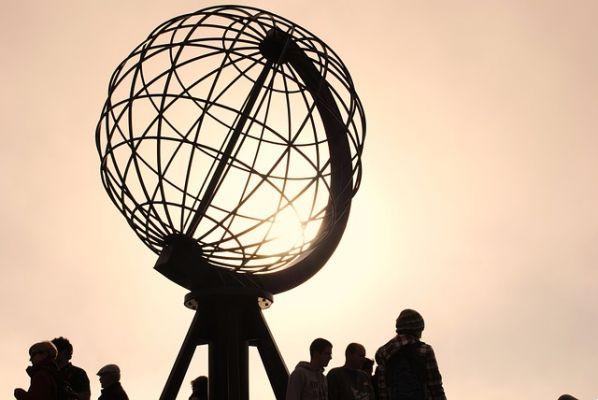 North Cape guide, itinerary what to see and places to visit

During the journey the view was fascinating, it was drizzling but from time to time the sky opened up and let pass blades of light that illuminated the landscape.

The island where Honningsvag stands is called Mageroya which means lean island because there are no trees here, only tundra. 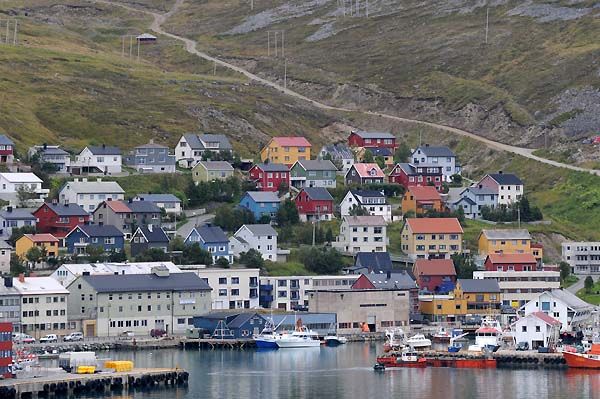 Our escort wanted us to make a stop, which I had asked her, to visit the famous one Ice bar, the northernmost bar in the world.

The ice bar is run by 2 Spaniards Josè and Gloria.

Since tourists come here especially in summer, when the snow has melted, they had the idea of ​​finding natural snow and ice inside the bar.

In spring, 123 ice blocks are cut in Lappish Sapmi Lake, 250 km from Honningsvag.

They are transported here with trucks and then a whole job of demolishing the ice bar of the previous year and its reconstruction with the new blocks begins. 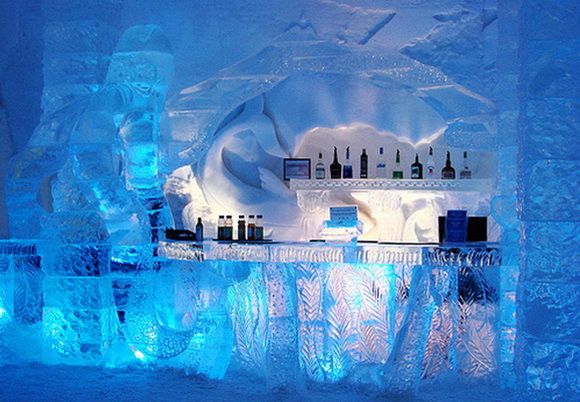 This is to show what winter is capable of creating in the waters of the lakes: every year nature creates something different and original.

The most beautiful blocks are chosen and then the artists create the new one Ice bar always keeping the original, famous, modern and elegant design created by Laila Kolostjak.

The Bar was inaugurated in 2004, facing the sea, near the pier where the Hurtigruten, the famous postal boat, lands in an emblematic wooden building because it was the first to be built after the bombing and fire of the Second World War .

We entered by paying 13 euros: inside seats, tables, the bar counter, the bridge with the sled, the igloo you can enter, the entrance door, everything is made of ice.

It is accessed by wearing a red thermal cape with hood, we looked like many "Little Red Riding Hoods". 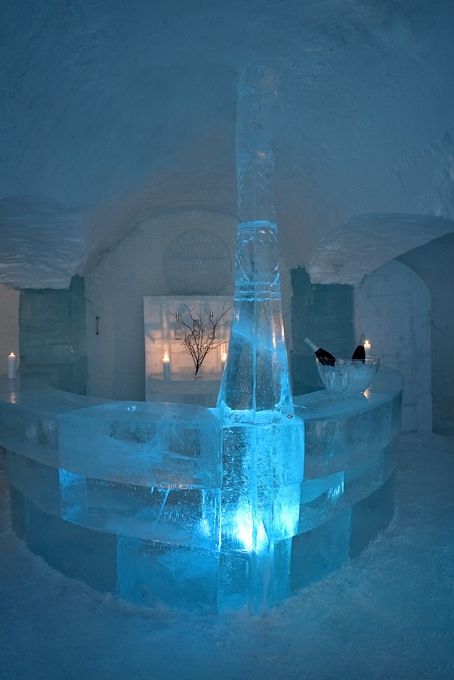 The price includes two drinks consisting of cold soft drinks served, the first in a glass cup, the second in a small glass of ice obtained by pouring drinking water into a special mold.

Always in persistent rain we resumed our journey towards Head Nwords and to reach it we had to go through a tunnel dug under the sea, 212 m, 6870 m long.

Before the tunnel was built there was a ferry between Honningsvag e Kafjord.

Here the birches have given way to mosses and lichens, occasionally ponds.

It is the land of the Lapps where almost 5000 reindeer live and we too have finally seen many ..

There are 4 villages where people live all year round, despite a thousand difficulties, especially in winter. 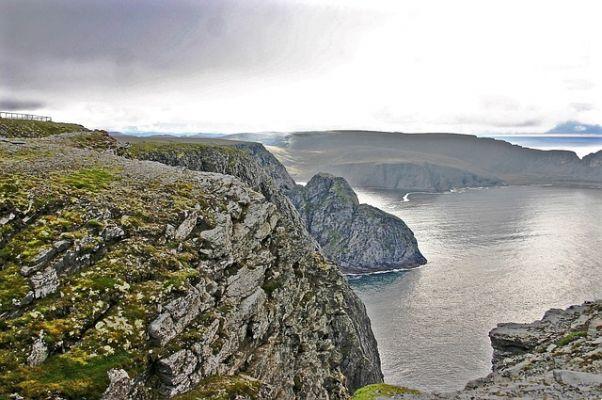 We stayed at Rica Nordkapp Hotel, a 4-star hotel that develops in length.

We had a buffet dinner in a large hall with a huge fireplace in the center where wood burned. 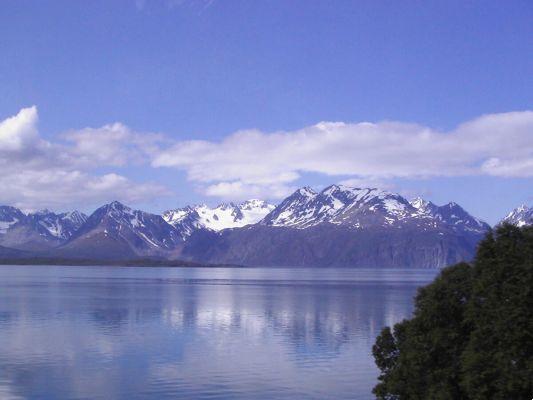 It is a rocky promontory located on the northern tip of theisland of Mageroya: it is 307 meters high but overhangs the sea and was named after the English explorer Richard Chancellor in 1533.

North Cape from 11 May to 31 July it never sees the sun set.

In winter, the sun never rises for two and a half months.

I never imagined that one day I could reach such a distant place.

The "center" of the North Cape is grandiose and is partly underground.

It contains, in addition to bars and restaurants, shops for the sale of souvenirs and postcards, the post office, a cinema hall with a cinerama with several screens side by side on which a film shot here in the North Cape is projected, both in summer and in winter.

There were a lot of people, we visited the whole complex not without some difficulties.

We posted the postcards because they start from here with the special North Cape stamp on the stamp and we wanted to let everyone know where we had arrived. 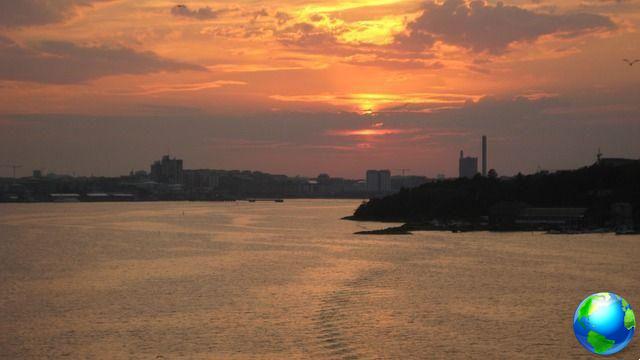 It was almost midnight and black clouds were running in the sky, by now we no longer hoped to see the Midnight Sun when, suddenly, the sky opened and a golden sun appeared above the horizon and reflected on the sea.

We were all there with our cameras and cameras to immortalize those moments that many have envied us (we were told that the sun could not be seen there for several weeks due to the fog).

We also took some photos of the famous globe facing the infinite sea and which marks the northernmost point of Europe.

After we took a tour around the area observing the spectacular landscape: steep and inaccessible cliffs where thousands of birds reign supreme, the gaze was lost visibly and the horizon seemed to become one with the sky.

We returned to the hotel a little tired but happy.

The journey continues .. the last stage

The third day at the Matka in Helsinki

Coffee and Design at Made in Kallio, in Helsinki

Lapland: 3 excursions not to be missed