Driving in the USA: rules, information and advice

Most Europeans find it easy to drive in the US. Most of the signs are identical, starting with right-hand drive, while the extensive and well-maintained road network makes driving very comfortable. However, there are some key differences that you need to know.

The first difference lies in the type of gearbox in the machines. Most cars in the United States have the automatic change, different from the manual gearbox we are used to in Spain.

It always starts in position P (park), then you put the D (drive) and off we go; at the traffic lights you use the D and the brake pedal pressed. The march N (neutral) is running in neutral, R (reverse) is reverse.

THEAmerica has almost no roundabouts - people enter traffic at the intersections called junctions. Most accidents happen precisely at junctions because drivers pass by without paying attention to other cars that are passing. So try to slow down and make sure anyone entering traffic has seen you, the same goes for when you enter the flow of cars. highways.

Remember that, in the United States, each state has its own laws, particularly regarding traffic (speed regulation, drunk driving, cell phone use, etc.). The American judicial system is strict. Never drive without insurance and obey the rules.

Driving in the USA - Rules

Most driving rules in the United States are similar to those in Spain and European countries.

To drive in the USA it is necessary to have the car with you driver's license, moreover, in many states an international driving license is required, to be requested from the civil motorization, or at the Aci offices or for car practices. Drivers and passengers must wear seat belts and obey strict speed limits.

The legal limit differs from state to state, but exceeding the legal limit is always severely punished. In most states, the driver's BAC limit is 0,08%, but some states also issue penalties in the event of a blood alcohol concentration of 0,05% (the penalties, however, are less severe). It is best to avoid drinking alcohol if you are driving. Open alcohol containers in your vehicle are also illegal.

Which side of the road do you drive on in America?

Driving is on the right side of the road as in Spain and the vehicles have the steering wheel positioned on the left side.

Driving in the USA - The right of way

The right of way in America rules they are different from Spain:

Turn right at the red light

Unless otherwise specified by the signs you can turn right with a red lightprovided that you stop the car briefly and check before turning right that no vehicles arrive. Use the turn signal when changing lanes or before turning.

There are several streets where it is forbidden to turn right with a red light. In this case, a panel clearly indicates “no right turn on red”.

In most locations in the United States, major roads are divided into double or triple one-way lanes, etc. To reach a place on the other side of the road, along which traffic flows in the opposite direction, it is necessary to make a U-turn.

U-turns occur on an asphalt area marked for this purpose and built in the middle of two lanes at regular intervals. Beware, drivers use them to come from both directions, so slow down before entering the U-turn space.

U-turns are prohibited if there is a “No U-turn” sign.

What is the speed limit in the United States?

If you are driving near a designated school zone, you need to slow down at 15 miles per hour. These are not always clearly marked, so be careful in all urban areas. It is not uncommon for the local sheriff to check motorists during school hours.

There are fewer speed cameras in the United States but always abide by the rules because many highway traffic cops are hiding in the bushes waiting for the accelerating car.

Work areas: speed is always reduced in construction areas, even on weekends or public holidays when work on motorways is stopped. Fines for speeding in these work zones double or triple the regular ones.

Read also:
Roads in America - Road signs, how and where to park
How to rent a car in the United States

Tourists planning to drive in the US should be able to avoid unfortunate accidents using common sense: if a road is flooded, avoid it, if there is fog, slow down. Check the weather in advance.

If you are driving in snowy conditions, take precautions, such as carrying snow chains and a flashlight. In hurricane season, listen to the news for warnings and advice - if the police tell people not to drive, don't.

Other important rules for driving in the USA

In general, you should follow common sense, but make sure you adhere to the following driving rules:

In case of arrest or police check

If a police officer invites you to stop, stop the vehicle as soon as possible on the side of the road.

You should NEVER get out of the car. Wait until the officer approaches the driver's window keeping his hands visible, necessarily positioned on the steering wheel.

Do not make sudden movements as it could be considered suspicious. Give the documents only at the request of the officer. Always remember to keep them close at hand, for example in the glove compartment.

The main driving risks in the United States

One of the main causes of accidents in America it is that people don't spot each other when they enter state highways, so always take precautions at intersections.

Other situations to watch out for include:

What to do in the event of an accident

Get in touch with emergency services (911) and the car rental company as soon as possible in the event of a traffic accident.

Exchange all necessary information with the other driver, such as your address, phone number and insurance information. Take pictures of the site and any damage.

Wait for the police to arrive before moving the vehicle or leaving the scene. If you are involved in an accident without consequences, it may be advisable to transfer the vehicle to a safe place on the side of the road to avoid further accidents.

Read also:
Roads in America - Road signs, how and where to park
How to rent a car in the United States 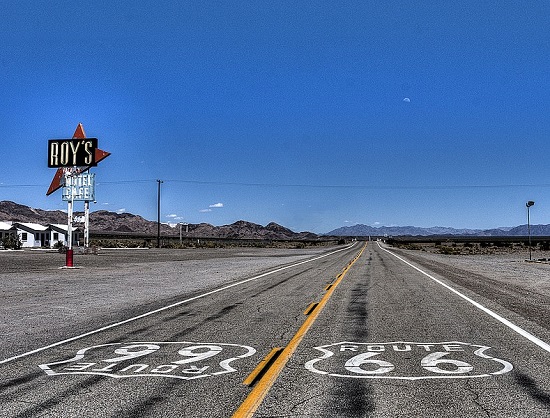 add a comment from Driving in the USA: rules, information and advice