A weekend in Val Verzasca, Switzerland, a small jewel in the Canton of Ticino, here's how to get there and why we recommend it for a low cost weekend.

La Val Verzasca is located in Switzerland in the Canton of Ticino, a few kilometers from Locarno above Lake Maggiore. This valley includes many municipalities and is characteristic and beautiful. 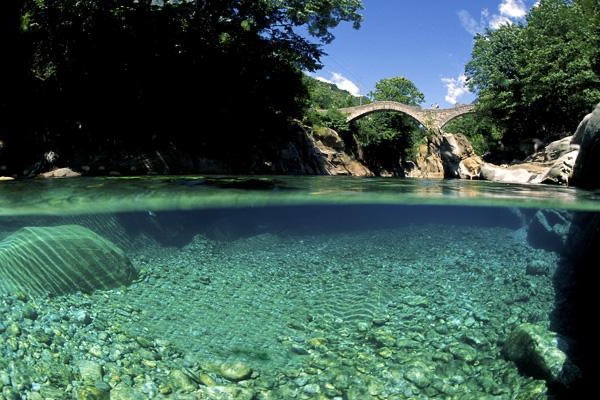 Contra Dam
Coming from Locarno, after a couple of hairpin bends, you can admire the spectacular and massive wall of the Contra dam which forms Lake Vogorno. The dam 220 meters high and 380 meters long is the fourth highest dam in Switzerland. A scene from the 007 movie starring Pierce Brosnan was shot on this dam. At the center of the dam there is a fixed facility, the highest in the world, for bungee jumping.

It is a two-arched pedestrian bridge, located in Lavertezzo, and built in the 1868th century. Also erroneously called Ponte Romano because it was built on the ruins of an ancient Roman bridge. In 1960 it was partially destroyed and in XNUMX it was rebuilt. The bridge spans the Verzasca River and its turquoise waters. 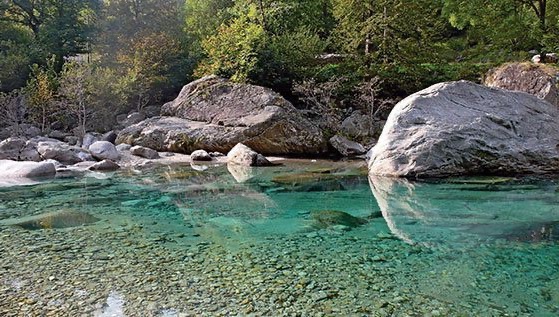 Verzasca Valley Museum located at the bottom of the valley in the village of Sonogno, since 1974 it houses a collection of about 1000 objects that show the daily life of the people who have lived in the valley over the centuries.

The museum is located inside the Casa Genardini, a typical Verzasca house, built with gneiss stone and located in the town square.

Located in Brione, it was built by Giov. Antonio Marcacci in the XNUMXth century, descendant of a powerful Locarnese family. It was never a real castle, but more a stately home, which, if necessary, provided a temporary defense. The building stands isolated, on the edge of the village, with a tower at each corner, and with a high wall surrounding it.

Near the castle you can admire a small parish church that contains frescoes dating back to the thirteenth century by the Giottesca school. 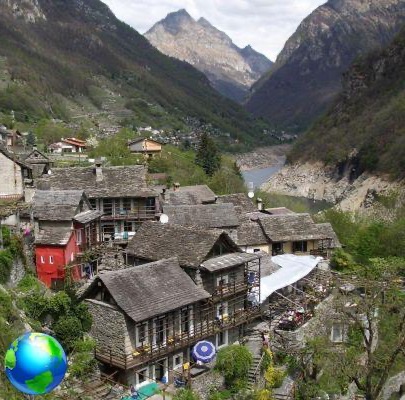 La House of wool is a workshop of artisans who work wool, from carding, to spinning and dyeing, to then transform it into artisanal products, such as jackets, sweaters, shoes and more. The dyeing is done only with natural products, making each object even more precious. Entering these workshops you get the perception of things made as they once were, genuine and beautiful.


La Froda waterfall, located about half an hour at the foot of the village of Sonogno, it makes a jump of about 80m. Thanks to its conformation and the wooden walkways that run around it, you can fully admire the spectacular water jump.

Most of the houses in the valley are built with the typical gneiss stone, which makes each village and house spectacular and unique. 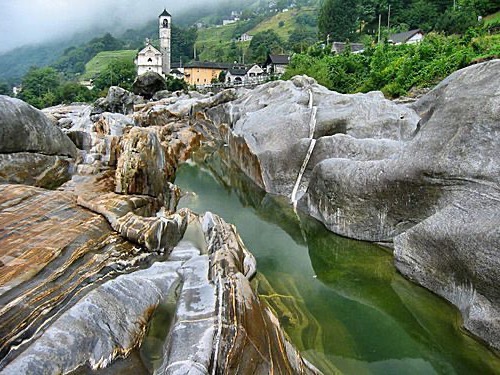 Il Verzasca river, which gives its name to the homonymous valley, has as its main characteristic the color of its waters and the rocks on which it flows. In fact, colors ranging from turquoise to green to blue are created.

This valley is renowned for all lovers of trekking, with many paths for all tastes from the simplest to the thematic ones, up to real excursions. The valley is also famous for canoe lovers, its spectacular descent is, in some places, very challenging.

You can reach Val Verzasca by car, even if in periods of maximum tourist turnout near the various attractions it is difficult to find parking. Otherwise there are comfortable buses, which depart from Locarno and run through the whole valley.

Audio Video Discovering Val Verzasca, in Switzerland
NaturaSì, organic all you can eat in Verona ❯

5 things to do in Geneva in winter

What to see in the Jungfrau Region, Switzerland: 5 tips

add a comment from Discovering Val Verzasca, in Switzerland