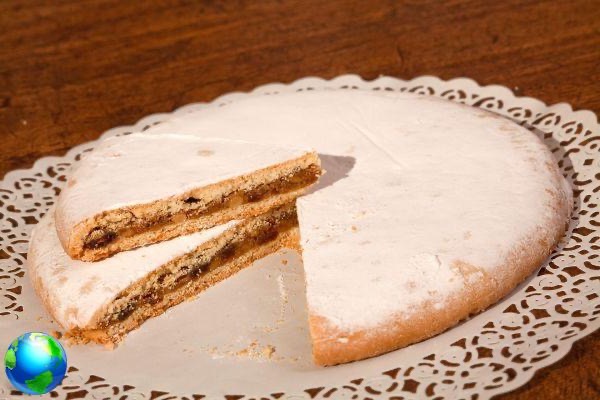 Between Val Parma and Val Bratica, Corniglio it rises on the Apennine hills of the Parma area, immersed in a suggestive and engaging natural environment. It still proudly retains its spirit of the past, and is one of the best preserved villages in the area, still presenting inside old stone houses with precious sculpted architraves, stone churches dating back to medieval times, its beautiful Castle, still perfectly preserved, built by the Rossi counts around the year XNUMX, with the adjoining neoclassical temple, located inside its courtyard.

But most of all, what makes Corniglio, a village to visit, is the atmosphere that reigns along its steep mountain lanes. Everything seems still, motionless, surrounded by an almost deafening silence. On the surface, it looks like one of those semi-uninhabited villages, left to its bitter fate given by the depopulation of the valleys.

In reality Corniglio is alive, the pretty ones are proof of it crochet embroidered curtains that decorate the windows of the houses, the fireplaces that smoke continuously on cold winter days, the church bells that ring, the dogs barking as soon as they hear some "stranger" visitor arrive, the sound of the footsteps of some inhabitants who are preparing to go shopping in the village shop or to go to the bar in the square, the sound of water falling into the fountain in the central square, almost creating a musical harmony. This little one village of the upper Val Parma has decided to maintain its spirit of the past, also enriching itself with precious paintings on the external facades of the houses, becoming almost an open-air art gallery.

During the Christmas period, Corniglio gives its best with the white snow that stands out against the clear and serene skies, with the icy but clean air that runs along its streets, with the taste of the flavors of the past. Because we must not forget that Corniglio is the town of spongate, typical Christmas cake from the Emilia area, made with toasted bread, dried fruit, honey, sugar, pine nuts, raisins, spices, orange peel and white wine. Of uncertain origin, but certainly very ancient, the spongata is the symbol of moments spent in the family, with its delicate but decisive flavor, made special by the variety of spices inside.

Corniglio dedicates one to him party every year on the occasion of December 8, when all the families that produce it, go down the streets of the village, letting visitors taste their own recipe, different from all the others. For this reason, each spongata is a world unto itself, because it is the fruit of the tradition of every single family in the country. An obligatory stop is also the spongaterie of the country, that is, shops highly specialized in the production of Christmas sweets, such as Guidi or the Superchi Stefania grocery store.


Those who want to try the authentic Emilian mountain specialties cannot miss the Da Vigion tavern, located on the provincial road before the town, where you can taste the authentic flavors of the past, in a warm and friendly atmosphere. Finally, it is possible to spend a night inside the Castle, in the wing used as a Hostel. Comfortable, welcoming and decidedly economical, theCorniglio hostel it is an excellent starting point for excursions in the nearby area Park of the Hundred Lakes and in the neighboring Apennine villages.