Borgo San Lorenzo in Mugello: in the name of Liberty and Chini


A cultural journey in Tuscany: on the traces of the Deco style in Mugello, where Liberty flourished especially thanks to the Chini family

This suggestion is designed for those in Tuscany, near Florence, and want to devote himself to the discovery of Liberty; if you recognize yourself in this short portrait go to Mugello.
In fact, Mugello is not only synonymous with a racetrack, a green valley or a stage on the Via degli Dei. Liberty flourished in Mugello, the déco style of the early twentieth century that thanks to the Chini family has left prestigious traces in this area. 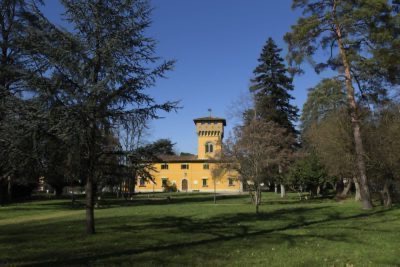 Borgo San Lorenzo - which is the most important center of this territory north of Florence - is where the Villa of Rimorelli, formerly owned by the Pecori Giraldi family and today the seat of Chini Museum.

In fact in 1906 Galileo and Chino Chini they founded the Fornaci di San Lorenzo Manufacture in Borgo San Lorenzo, specializing in ceramics, stained glass, wrought iron and furniture, a 360-degree production, as is typical of a style that is decorative and not only figurative.

This interesting museum is a bit of a spearhead Liberty itinerary that I suggest. It should be noted that in Florence the testimonies of that artistic period are scarce.
The Pecori Giraldi villa houses the Chini Museum but not as an empty container: it is in turn to be seen for the structures and decorations that are part of it, because the Chini family already around 1850 began to decorate the villa.

Get lost in the halls of this museum which is not very large but is unique: it tells the story of a family of artists who knew how to best interpret the taste of the time. Undoubtedly the most important contribution came with Galileo, born in 1873 in Florence, who with his Manufacture began to bring products around Italy and to Universal expositions. He himself, in 1911, left for Thailand to go and fresco the Throne Room in the palace of the sovereign in Bangkok. 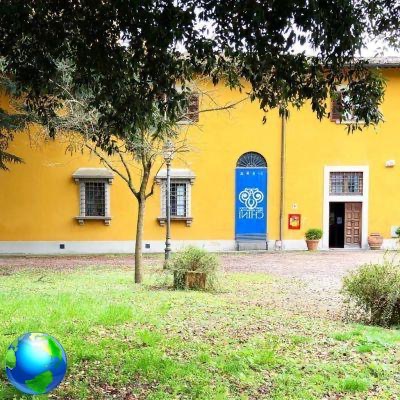 From 6 April 2018, the exhibition itinerary has been redesigned: the ground floor dedicated to contemporaneity, the upper floor dedicated to the permanent collection; plus a Children's Museum, dedicated to letting the imaginations of the little ones gallop.
Majolica, frescoes, stained glass, sacred and decorative images, objects for the home, where you can see floral themes, human faces, animals, geometric designs. The range of what comes out of the Manufacture is infinite; dreamy and colorful, objects fill the rooms of Villa Pecori Giraldi.

Once the visit of the Museum is finished, you can continue to follow in the footsteps of Chini to Borgo San Lorenzo, all places that can be seen without spending a single euro. The work they did at theArchconfraternity of Mercy, especially in the Chapel.


A real Art Nouveau architecture gallery is that of viale della Repubblica, where several small villas show the typical elements in the majolica or wrought iron decoration: balconies and house number, floral decorations and even the bell!
Particularly interesting is the Chini cottage, still inhabited by a descendant of the family, which bears a real collection of decorations and some original polychrome windows on the facade.

A curiosity: the Chini built the house with the money obtained from the decoration of the Berzieri Baths in Salsomaggiore.

Works of the Chini are also in the Church of San Lorenzo, the main one of the Borgo and in the Town Hall. We hope you want to go and discover them all! 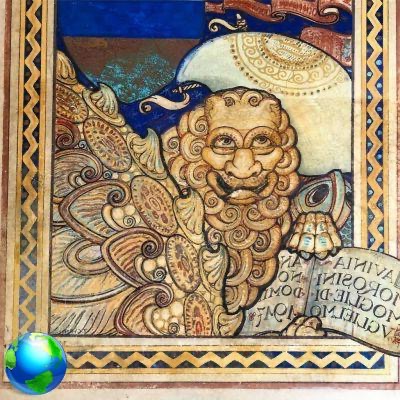 Il Chini Museum it is open from Thursday to Sunday from 9.00 to 13.00 and from 15.00 to 19.00; the entrance ticket costs 8 euros (two sections) or 10 euros for all three sections.
The Museum is located in piazzale Lavacchini 1 in Borgo San Lorenzo

Audio Video Borgo San Lorenzo in Mugello: in the name of Liberty and Chini
How to find a house in New York, practical advice ❯

add a comment from Borgo San Lorenzo in Mugello: in the name of Liberty and Chini