When NOT to go to Oslo, Easter or never? 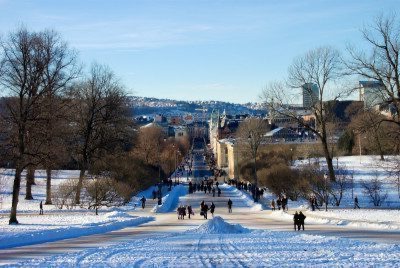 Where not to go when or when not to go where? Inverting the two terms changes not only the meaning, but also the meaning. I have already written that, in my humble opinion, I do not recommend (from experience) to go in Sweden at Easter.

Write “Where not to go on Easter? To Sweden ”or“ When not to go to Sweden? At Easter ”, probably confers a different nuance. The swedes and pro-Swedish perhaps they would prefer the second title; the others wouldn't care (maybe, they wouldn't even notice the difference). Now, I would like to continue, moving on to Norway, with “When not to go to Oslo? From January to December (as long as you have the salary of a mere mortal) “: in this case, even the second option is tinged with pessimism.

However, alas, that's it: Oslo, despite being connected by RyanAir, it is on the podium of the cities least low cost in the world. Three days in Oslo, for an Italian (but not only), are equivalent to a week (or almost) in some "elsewhere" a little further south, for example. And that's a real shame, because Oslo is one charming and refined city. You discover it walking through its orderly and elegant streets, from the variegated neighborhoods (splendid that of the nineteenth-century houses), from the unique shops, polite and whimsical at the same time (the bizarre idea of ​​the lingerie-café shop is unforgettable).

Among the endless things to do, these visits cannot be missed: the National Gallery; the Munch Museum; the Vigeland Park with his "metaphysical" sculptures, silent narrators of the affections and passions that embroider human life; the Norwegian Opera and Ballet; the Ibsen Museum; the port area of ​​Aker Brygge (now integrated by Renzo Piano's refurbishment); the headquarters of Nobel Peace Prize (every 10 December, the only Nobel Prize not based in Stockholm); the Akershus Fortress; the Viking Ship Museum; the Fram Museum, the Kon-Tiki Museum; an excursion to the neighboring fjords.

The site www.visitoslo.com it is well organized and quite useful in that sense. For those who feel European I do not recommend going into the port area at mealtimes: one quick look at the menu prices and the feeling of frustrating destitution and social exclusion will be part of you. Visit it between meals, but not on an empty stomach. And also try to be low in thirst if possible.

At mealtimes, I recommend instead, inside the city center, theInkognito Terrasse 1, a delicious, well-priced, seating bakery that also prepares excellent breakfasts and lunches. For dinner: you should eat a lot for lunch. Getting around by tram is also quite expensive: you should have good and trained legs. In short, from a tourist point of view, Oslo is great for wealthy people or, alternatively, for people with no appetite and who like to keep fit. Finally, I would add, Oslo is not recommended for the common mortal who tends to suffer from inferiority complexes. Yes, because returning from Oslo one feels, in order: ugly, poor and socially depressed.


In short, "An Italian in Oslo" is put to the test, in many ways. For this, I do not recommend returning by plane and instead I recommend a gradual return by land (money and time permitting), just to cushion the impact. But the return from Norway also brings good news: once back in Italy, low cost will be everywhere around you. Guaranteed.

Audio Video When NOT to go to Oslo, Easter or never?
Valenca do Minho, Portugal but not too much ❯

add a comment of When NOT to go to Oslo, Easter or never?